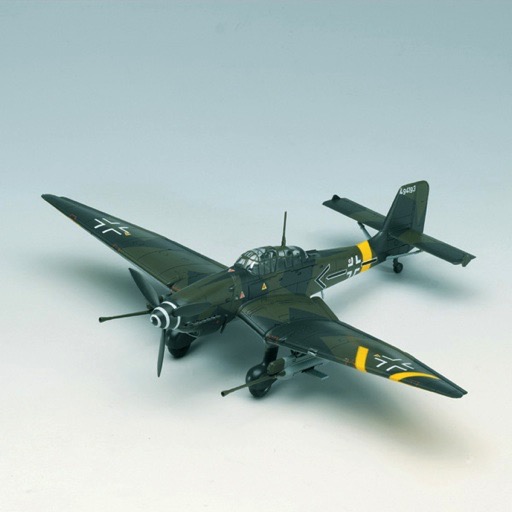 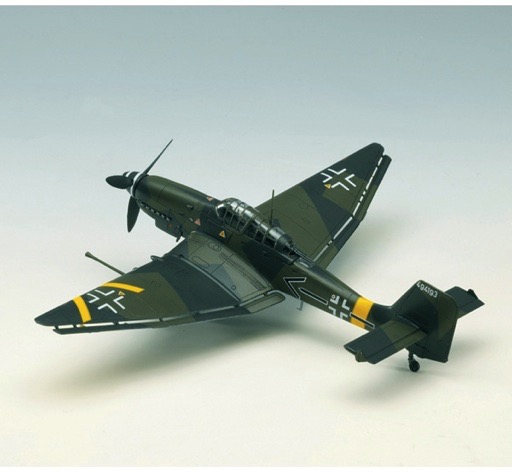 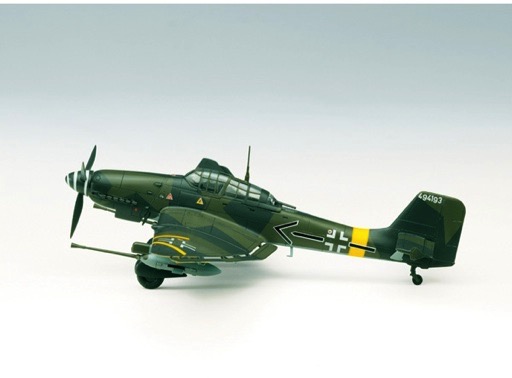 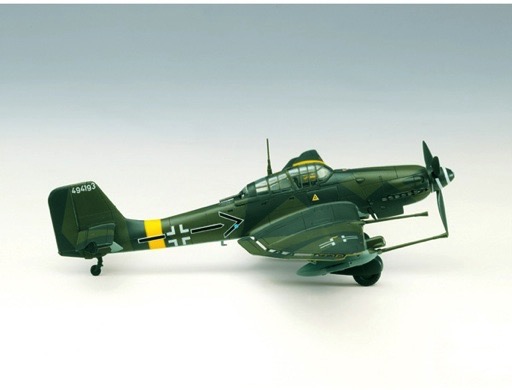 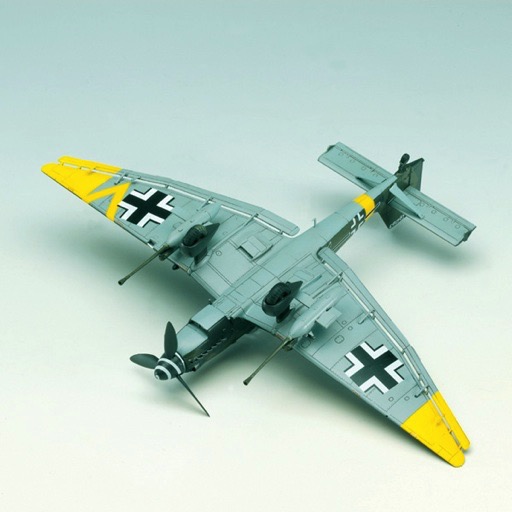 With new molds and highly detailed decal set, Academy has masterfully reproduced the extended wingtip version of the JU-87 that was personally flown in combat by Hans-Ulrich Rudel, the most decorated Luftwaffe pilot of WWII.

The JU 87 STUKA (the word for dive bomber) flew for the first time in 1935, and it entered production in 1937 with large landing gear wheel pants and full equipment for dive bombing, including a heavy bomb crutch that swung the missile well clear of the fuselage before release. During the Spanish Civil War, without serious enemy fighter opposition, the JU 87 proved ideal for the mission, able to dive very steeply at relatively slow speeds with an automatic pull-out device, yielding excellent accuracy. In Poland, the Low Countries and France, the JU 87 was extremely effective and it repeated its success in Greece, Crete and parts of the Russian front. But, during the Battle of Britain the slow STUKA with its fixed landing gear was slaughtered by Allied fighters and was withdrawn to attack targets which were not heavily defended. In 1942~45, its main work was close support on the Russian Front where it was an exceptional tank killer. The JU 87G-1 version carried two 37mm flak cannons in under wing pods. Hans Ulrich Rudel, the most decorated Luftwaffe pilot of the war, claimed 519 Russian tanks. Throughout the war STUKA production was repeatedly ordered to end, only to be restarted since there were very few aircraft specialized enough to replace it.