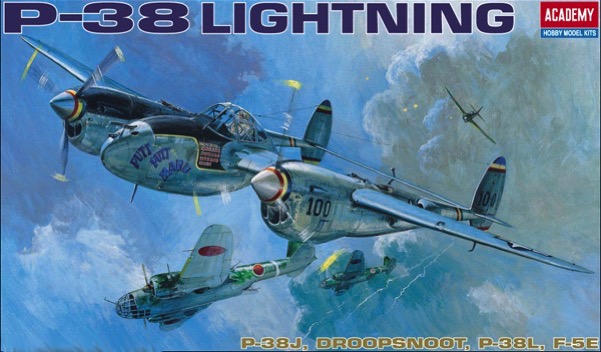 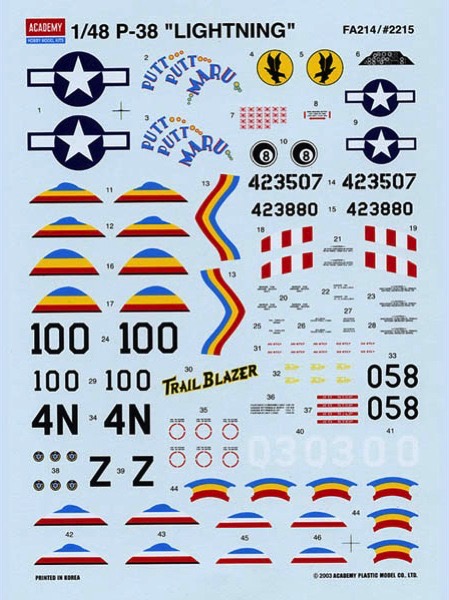 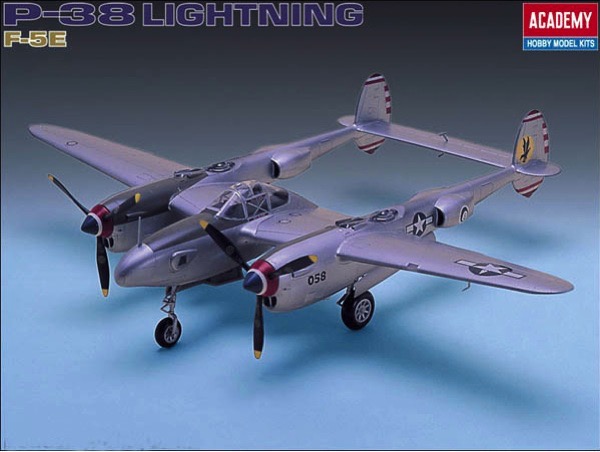 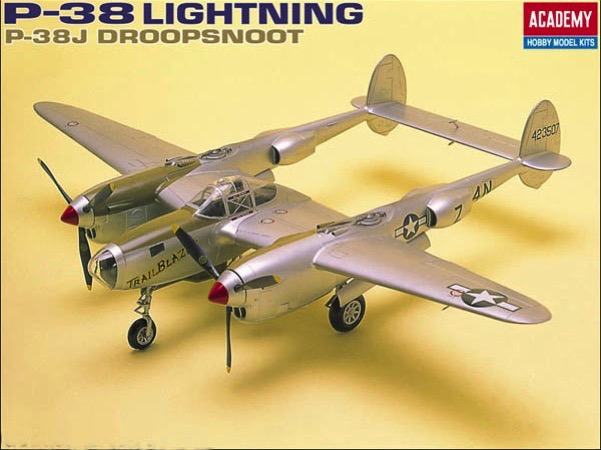 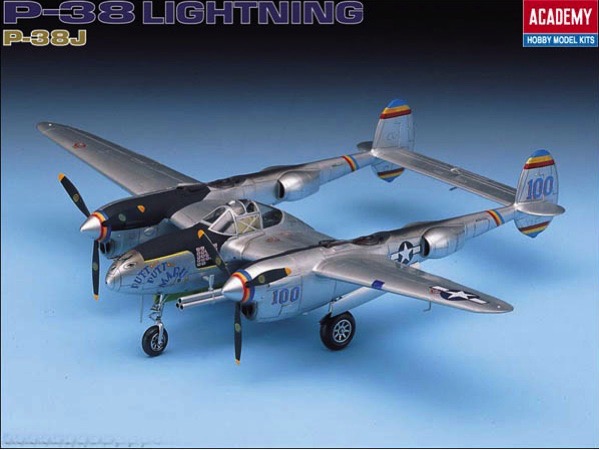 When the first XP-38 took flight in 1939, the Army Air Corps instantly recognized that the Lighting had catapulted fighter aircraft design well into the future. At a time when 325 mph was an impressive speed for a fighter, the over 400 mph speed of the P-38 has a shock to all those concerned, friend or foe. In the early days of World War II the Lighting went through its share of "teething" problems, but in the end it proved to be an awesome fighter, notorious for long-range bomber escort during daylight attacks on German targets.

MRC/Academy is releasing four decal variations to its P-38 kit-all in the same box. This 1/48 scale kit comes complete with P-38 J, J Droopsnoot, L Pathfinder, and F-5E Photo Recon schemes. Mount a clear nose to build a Droopsnoot, or insert windows in the nose for the recon version. Arm a Pathfinder with 500 lb. bombs, or load up a J with some 4.5 Rocket Launchers and High Velocity Air Rockets (HVAR). It's all in there!

The fuselage is 6.5" long, with a wingspan measuring over a foot. Directions are clear and easy to follow for all variants. Comes with fully engraved panel lines, a highly detailed cockpit and landing gear compartment, and realistic PVC tires. A fine addition to any P-38 collection.