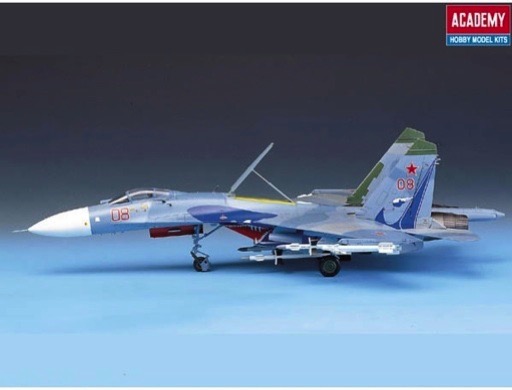 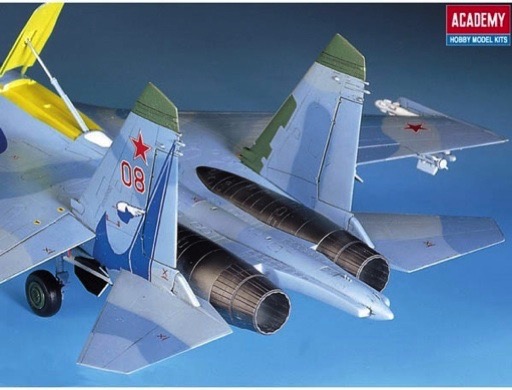 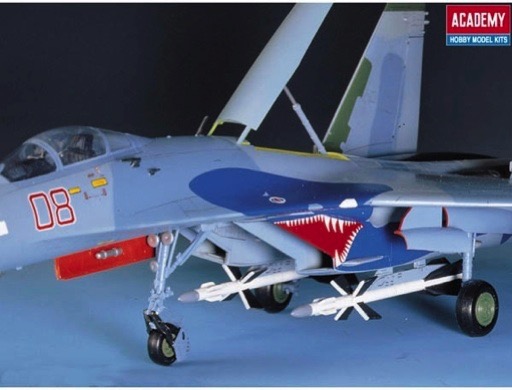 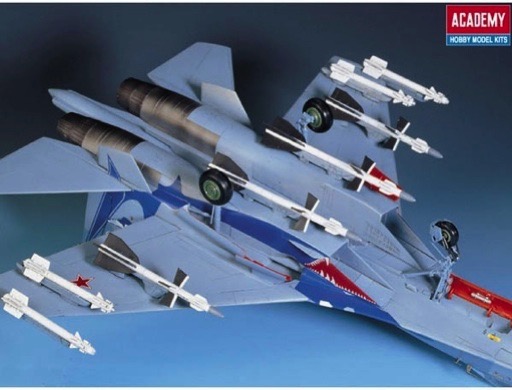 DISCONTINUED This product has been discontinued
and is no longer available.List price: $62.00
You pay: $40.99
(All prices in U.S. Dollars)

Much of the SU-27's performance must be credited to its superb AL-31F engines which are rated at 12,500Kg(27,550lb) thrust in after-burner stage. The engines which are easy to maintain and interchangeable between left and right, have a tremendous tolerance to several disturbed air flow. It is this feature that allows the engines to run smoothly while the Flanker performs these unusual maneuvers. Unlike earlier short-lived Soviet jet engines, the AL-31F engines have a life of 3,000 hours based on 100 hour engine checks and 1,000 hour overhauls. This is fully comparable to the best the west can offer.

Armed with four R-73 AA-73 Archer missiles for short range combat and an array of R-27 IR-homing long range missiles, the SU-27 also carries the same internal GSh-30-1 30mm cannon used by the MIG-29, Firing at a rate of 1,500 rounds per minute, the cannon barrels only have a life expectancy of 80 seconds before they must be replaced.

The SU-27 Flanker, together with the MIG-29 give Russia air combat capability that was certainly equal to but most likely superior to that available to the west at the time.