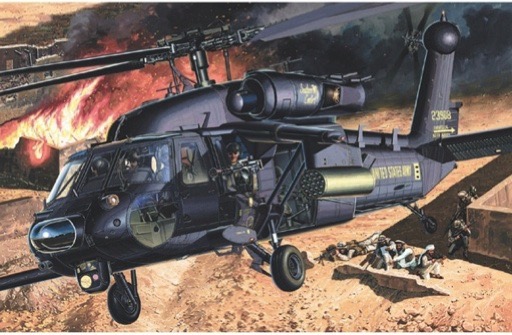 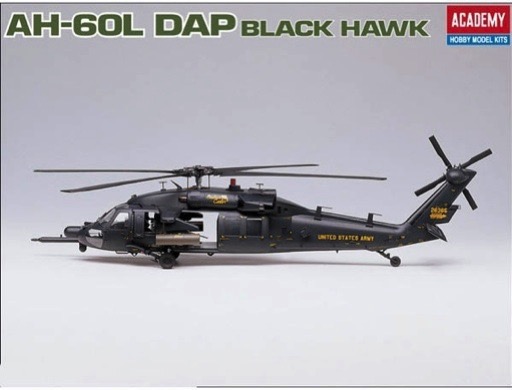 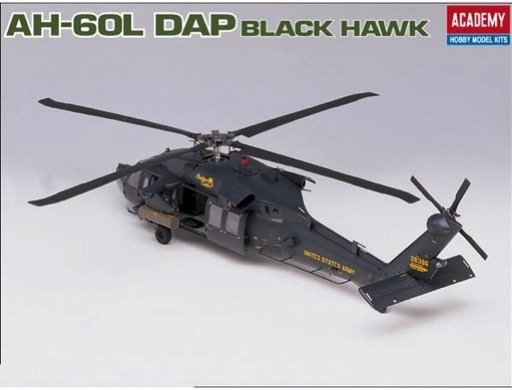 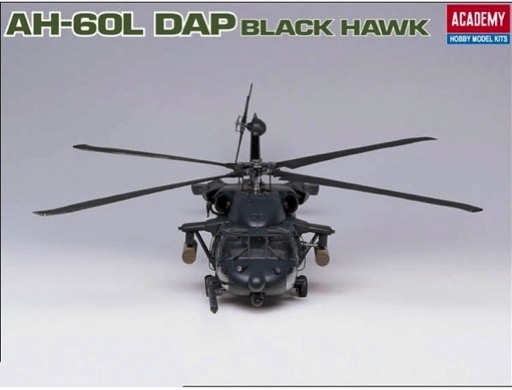 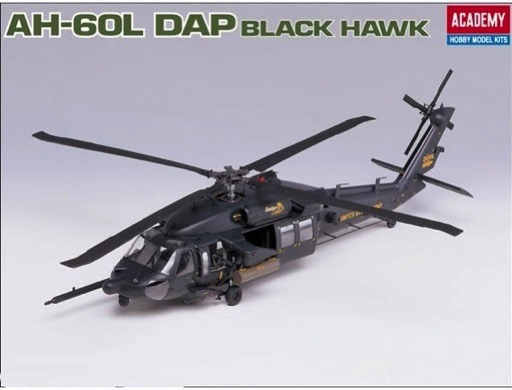 The Direct Action Penetrator (DAP) is one of the most awesome airborne weapon platforms the US Army Special Operation Forces operate. As the ground troops carry out their missions, they feel relief knowing that DAP is in the sky, providing armed escort and precision guided fire support. If you're looking for an exciting kit to build with lots of armorment and highly detailed parts, look no further than MRC's AH-60 DAP.

Used primarily as an attack helicopter, the AH-60 DAP is a highly modified version of the standard UH-60L Black Hawk. The DAP is equipped with an advanced avionics package including a Forward Looking Infrared (FLIR) surveillance system, making it accurate and effective both day and night. The communications package is extensive, and the Fast Rope Insertion and Extraction System (FRIES) can support a remarkable 1,500 lbs per side. To provide for extended range, the DAP is equipped with inboard auxiliary fuel tanks, and many have a refueling probe for in-flight refueling capability.

MRC's AH-60 DAP is a bona fide replica, meticulously capturing every detail. Made up of over 270 parts, this awesome 1/35 scale measures nearly 2 feet in length. MRC engineers loaded this model with an impressive arsenal, including 6-barrel Gatling door guns with 1 kilometer range, M261 19 tube rocket launcher, and inescapable AGM-114 Hellfire semi-active laser guided missiles. The kit comes with inboard auxiliary fuel tanks, just like the real thing. It even includes an accurate cockpit and instrument panel with FLIR scope monitors.

The DAP is operated by the 160th Special Operations Aviation Regiment (SOAR). SOAR seeks out only the best aviators and soldiers to be members of their team. Are you ready to SOAR?