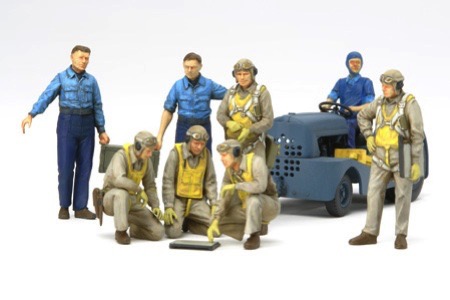 This model of U.S. Navy Pilots with Moto-Tug is a perfect addition to WWII Naval airfield dioramas and can be combined with the 1/48 scale Vought F4U-1D Corsair.