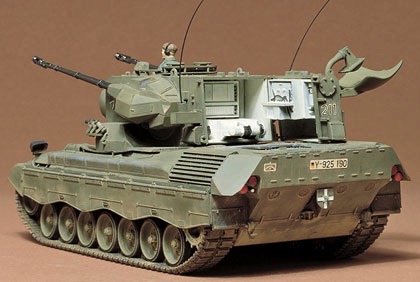 The Basis of the Gepard weapon system is the remarkable Oerlikon-Contraves 35mm which was developed and put into production in the early 1960's. During the 1960's, two prototypes were produced. The Oerlikon, which was chosen for production, became the Flakpanzer Gepard, which was essentially a standard Leopard with the ordinary turret replaced by the Oerlikon-Contraves twin 35/90mm AA turret and associated auxiliary equipment.