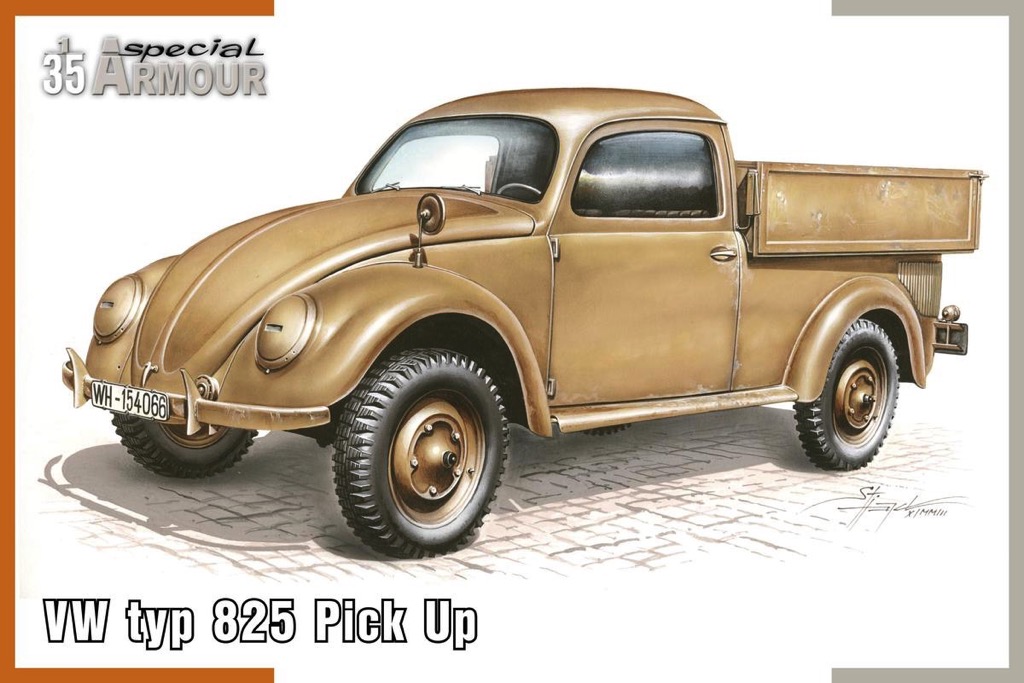 Ferdinand Porsche, a German automotive engineer, developed his famous "people's car", the VW Beetle on direct Adolf Hitler's impulse. During the Second World War, the vehicle was produced in large numbers and in various versions and modifications, for both the military and the civil users. The Beetle had either two (rear) wheel drive or even four wheel drive. Besides the civil users, the Beetle saw military service with the Wehrmach, Afrika-Korps, Waffen-SS, the police and state authorities of the Third Reich. In 1941, a pick up version was also built known as the Typ 825. The body of the original Typ 82 version was modified and mounted on a four wheel drive chassis, giving a vehicle for a crew of two and offering a large load area. Later, also a type with a box-shaped superstructure was manufactured under the designation Typ 83.

The rear load area resin parts, photo-etched parts and decal sheet accompany the kit's styrene parts. The instruction sheet offers two color schemes, the first being in sand overall, the other having heavy mottles of green and chocolate brown over the standard sand as the vehicle was operated later in the war.