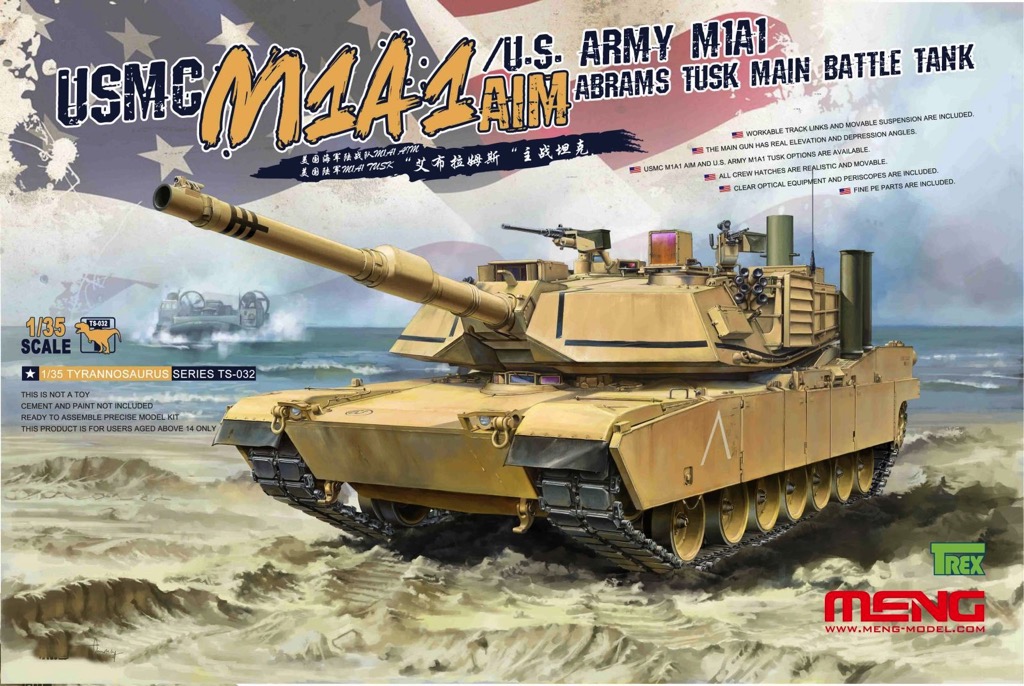 The M1 Abrams main battle tank made its name in the Persian Gulf War in 1991. At that time, the main variant used by the U.S. military was the M1A1 upgraded from the M1 tank. The M1A1 had great improvement in firepower and protection. During the 100-hour combat in the Operation Desert Sabre, the M1A1 tanks were never penetrated in the front by the Iraqis. Instead, they destroyed many Iraqi tanks and other vehicles. Nowadays, many upgraded M1A1 tanks are still in service with the U.S. military. The M1A1 AIM tank of the United States Marine Corps (USMC) has some unique features, like the Missile Countermeasure Device (MCD) mounted on top of the turret, and the engine air intake port and exhaust port of the Deep Water Fording Kit. All these features are designed for the USMC's special combat requirements. Many U.S. Army M1A1 tanks have been installed with the Tank Urban Survival Kit (TUSK) similar to that of the M1A2 tanks.