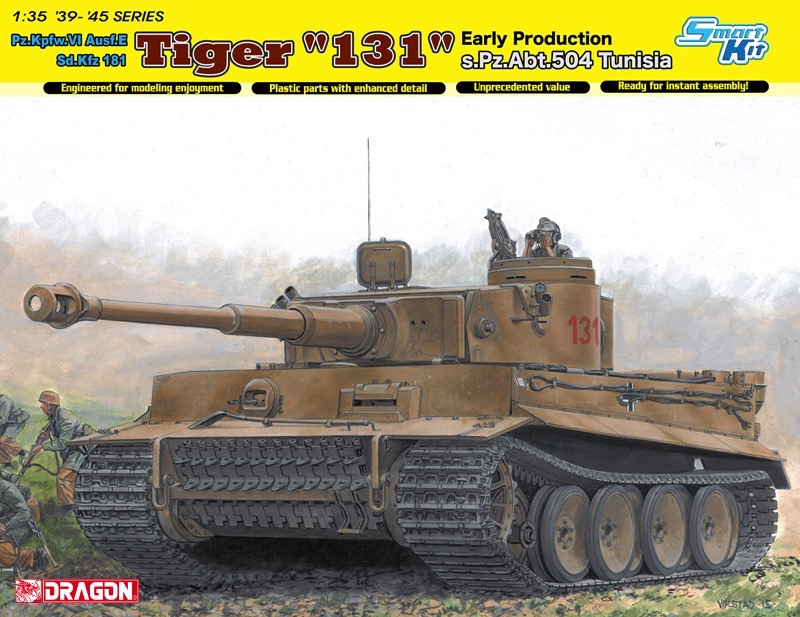 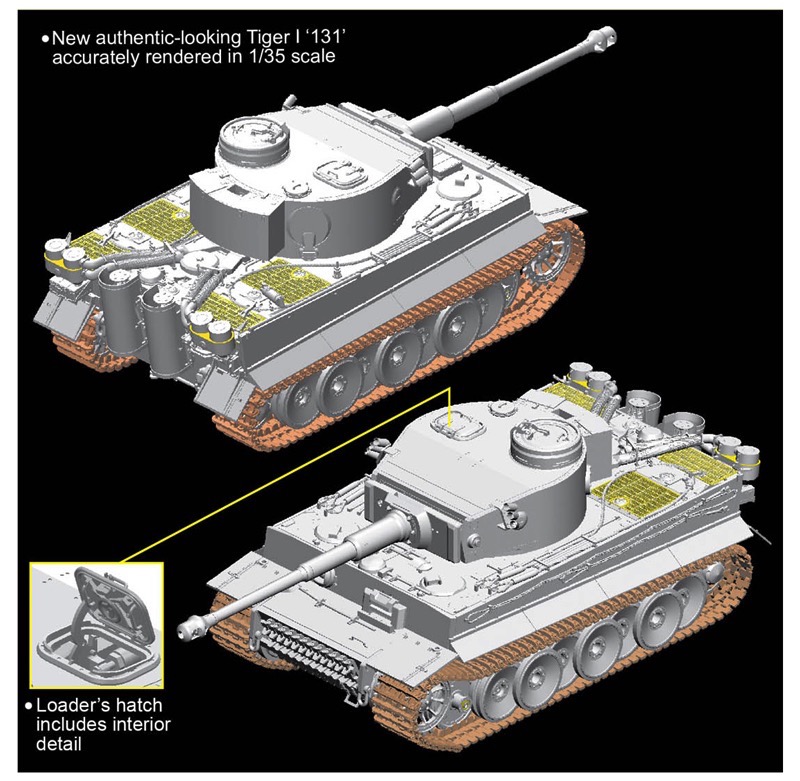 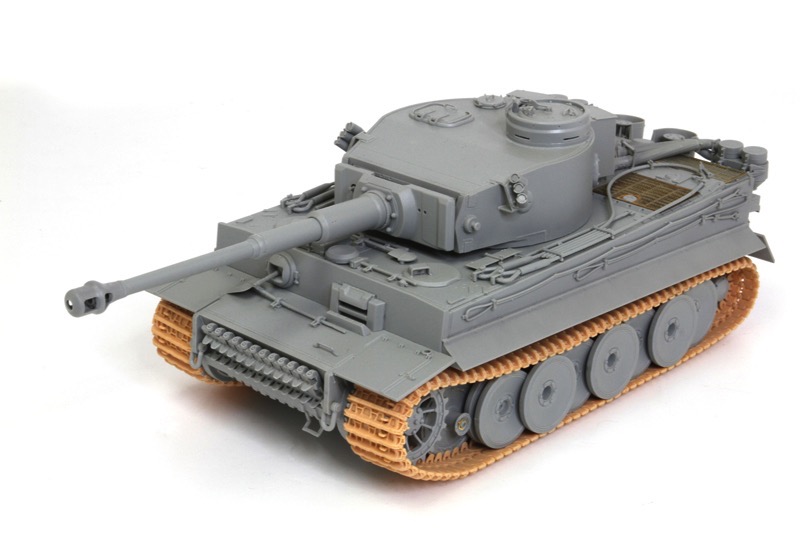 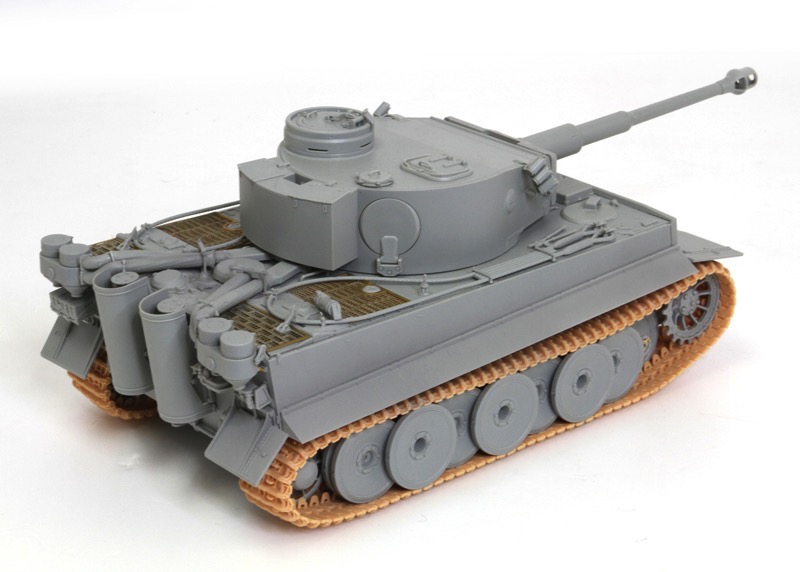 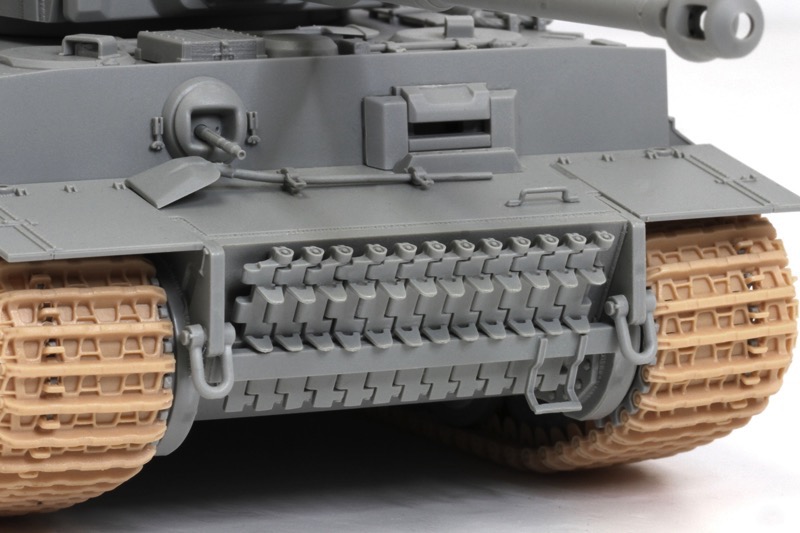 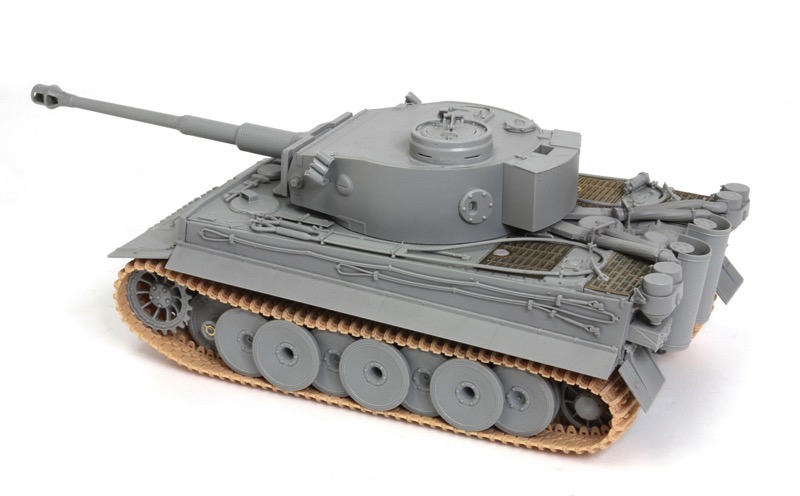 Dragon is extremely excited to announce the arrival of a 1/35 scale plastic kit of one of the most famous tanks in the world - a Tiger I sporting the number '131'. The original '131', housed at the Tank Museum in Bovington, UK, is the only working Tiger I in the world. The tank with chassis number 250122 was shipped by Germany to North Africa in March/April 1943, where it served with the 3rd Platoon, 1st Company of the 504th Schwere Heeres Panzer Abteilung (s.Pz.Abt.504). On 21 April 1943 it was captured in Tunisia after being knocked out during the Battle of Longstop Hill. '131' was hit three times by the 6-pounder guns of Churchill tanks from the 48th Royal Tank Regiment. The Tiger was taken back to England for evaluation purposes. Transferred to the Tank Museum in 1951, restoration commenced in 1990 and by 2012 the painstaking work was complete. '131' gained further fame when it was used in the sensational movie Fury that released in 2014.

This Dragon kit possesses amazing attention to detail, not least because the supervisor of the project is none other than David Byrden. Since he gave advice on the restoration of the real Tiger I at Bovington, modelers can be assured of extreme accuracy in this faithful 1/35 scale rendering of the original. The kit features a number of new parts such as the upper hull and the Feifel air filters. Also brand new are the brackets for S-mine launchers (Minenabwurfvorrichtung) on the rear of the hull. On this kit every bolt and screw was checked and fine-tuned to match those on the original '131', giving modelers the opportunity to precisely and conveniently build one of the best-known tanks in the world!