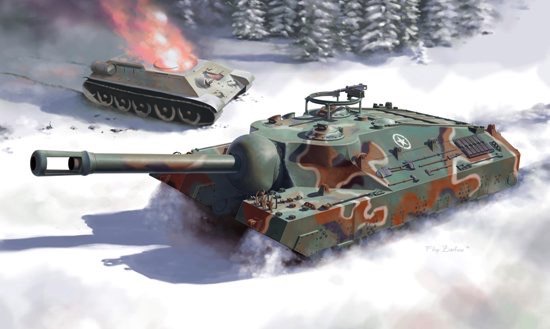 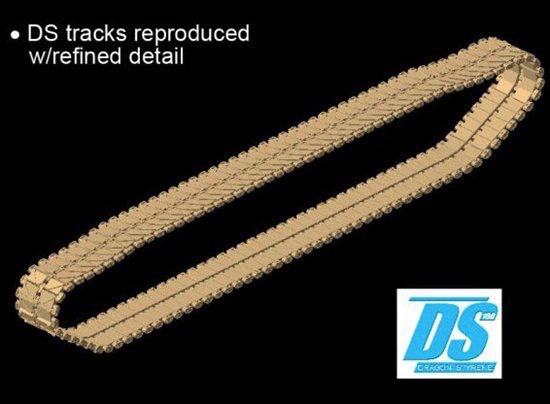 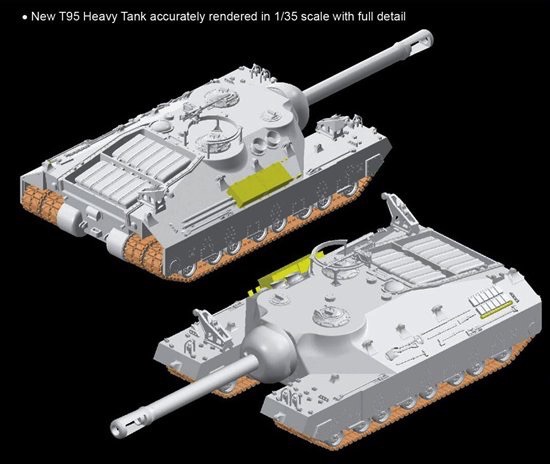 DISCONTINUED This product has been discontinued
and is no longer available.List price: $108.99
You pay: $72.99
(All prices in U.S. Dollars)

The T28 Super Heavy Tank (#6750) is one of the most astonishing kits to emerge from Dragon in recent times! The T28 was designed to breach the defenses of the Siegfried Line during the latter part of WWII, but the 95-ton monstrosity arrived too late to participate in the war. Its name was altered to 105mm Gun Motor Carriage T95 in March 1945 since the armament was hull-mounted rather than in a turret. Dragon has overhauled its T28 kit and assigned it a new 155mm T7 main gun of the type used on the developmental T30 Heavy Tank. Of course, such a vehicle did not exist in reality, but this hull/gun combination is very popular in the online gaming world. Thankfully for these many fans, Dragon now allows them to produce and own such a mighty armored vehicle!

The size of the model is simply overwhelming - the lower hull is more than 300mm long! The double track runs are made from DS tracks, and the outer tracks can be detached just like the real ones should a modeler decide to opt for this configuration.

The impressive 155mm gun barrel is newly produced. This was a monster of a tank in its day, and Dragon has made it even more monstrous for contemporary warriors with the addition of a more powerful 155mm gun that better befits the vehicle's size! As a special bonus, modelers can choose to build the T28 with parts provided in the box as well.