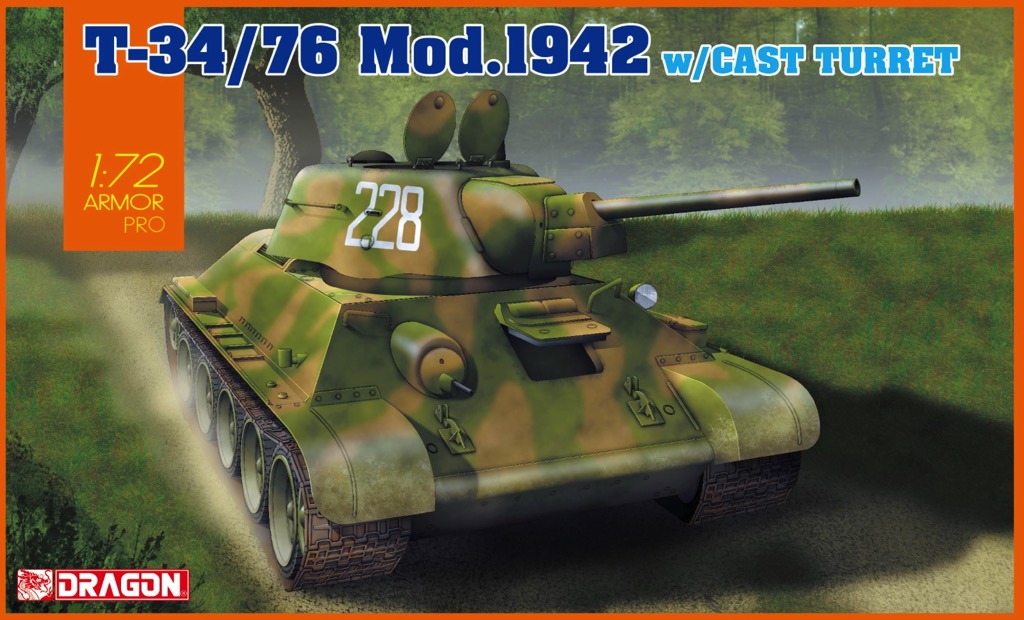 The T-34, the mainstay tank of the Red Army during WWII, has been described as the most important weapon that helped Russia win the war in the East. Certainly it was the most widely produced tank of the war, and as can be expected, a number of variants appeared during its lifetime. As Russia struggled for survival against the Nazi juggernaut, it strove to turn out as many tanks as possible. One fruit of this desperate effort was to develop a cast turret to armament the original welded one. The Mod.1942 features with 76mm gun and hexagonal cast turret. The hexagonal turret is extremely distinctive and gives the T-34 a different profile. This unique model kit will soon be available in Dragon's new 1/72 Armor Pro series again!