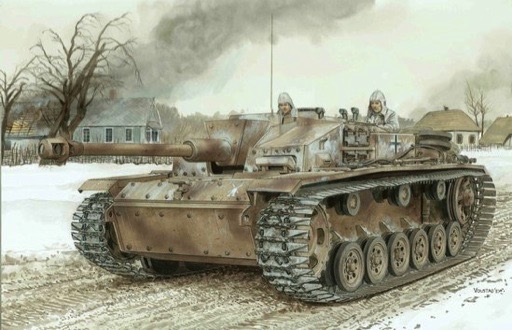 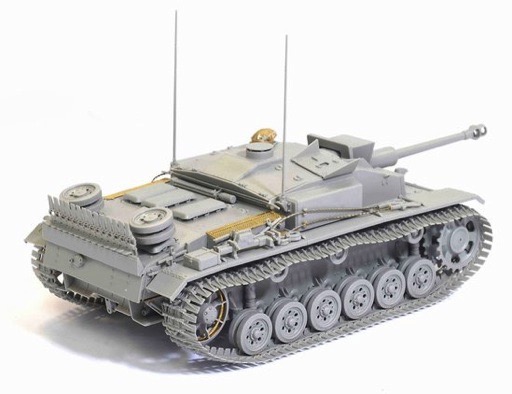 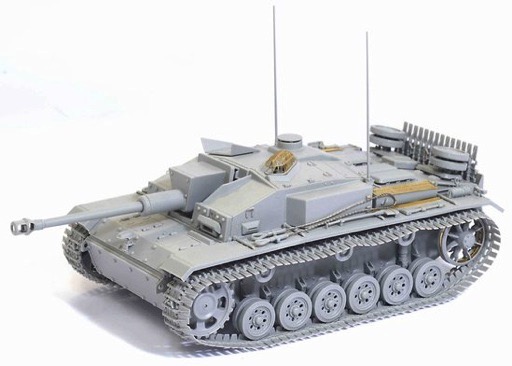 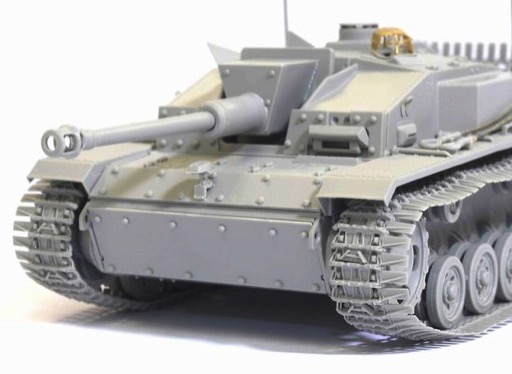 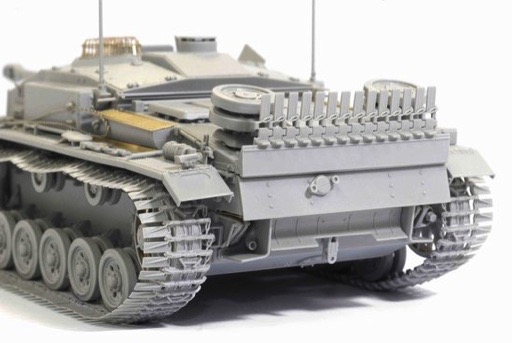 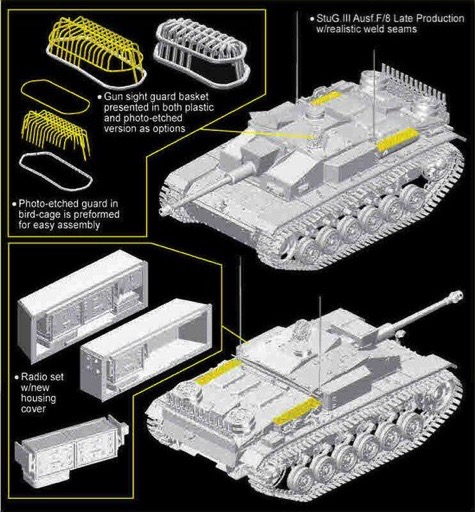 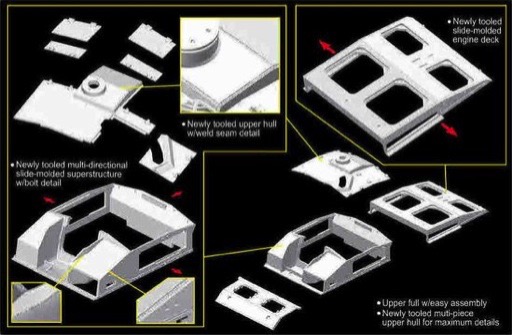 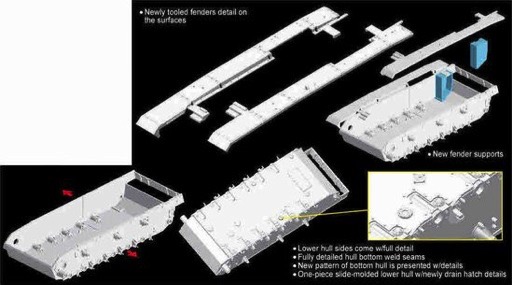 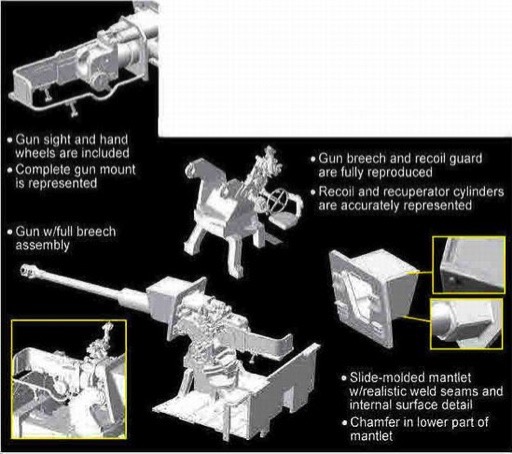 Feature: The Sturmgeschutz III (StuG.III) has the distinction of being Germany's most widely produced AFV of WWII, with 10,619 eventually manufactured. Based on the chassis of the Panzer III, it was cheaper and faster to build since it did not have a rotating turret. Once German troops began encountering heavily armored Russian tanks, the StuG III Ausf.F was fitted with a longer 7.5cm gun. This marked its first true emergence as a tank destroyer. The further modified Ausf.F/8 was produced from September-December 1942, with 250 vehicles built. It featured a 7.5cm StuK L/48 main gun. The "8" designation came about because it was the eighth update to the Panzer III hull. Special features of later Ausf.F/8 vehicles were 30mm bolted-on armor plates.

Dragon has launched a new 1/35 scale kit of a Late Production variant of the StuG.III F/8. Of special note is that this tank destroyer comes equipped with winter tracks. Dragon released a StuG.III G kit several years ago and it was an instant hit with modelers worldwide. This earlier variant is just as accomplished and is destined to achieve the same legendary status. The kit boasts a brand new fighting compartment to accurately portray this vehicle type. In order to reproduce the irregular shape of the roof, it is assembled from several well-fitting parts. Other new parts include the engine deck and fenders. Even the air intake covers are remodeled to better reflect the type fitted on the Ausf.F/8. Based on the amazing new Winterketten tracks, this StuG.III is ready for winter combat. Modelers will note that, even though the same innovative manufacturing technique is used for these winter tracks, a different pattern is apparent here. Ice cleats are also provided in this gripping kit!