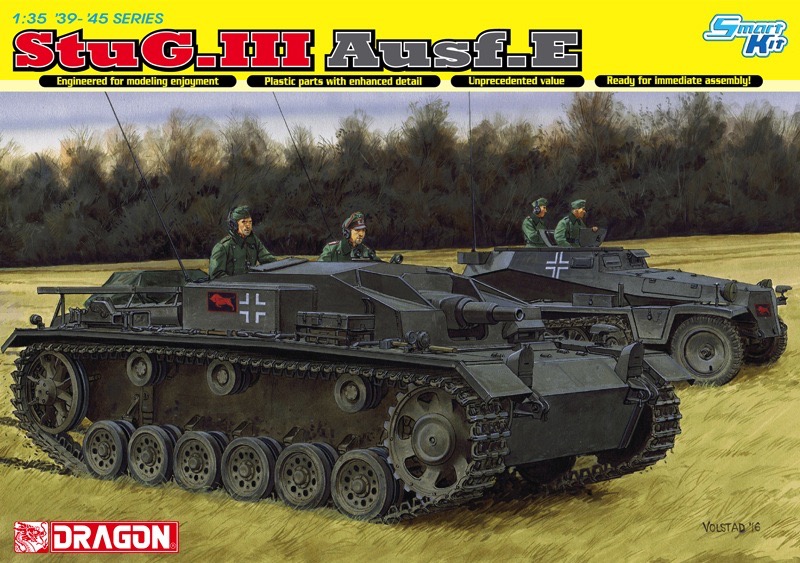 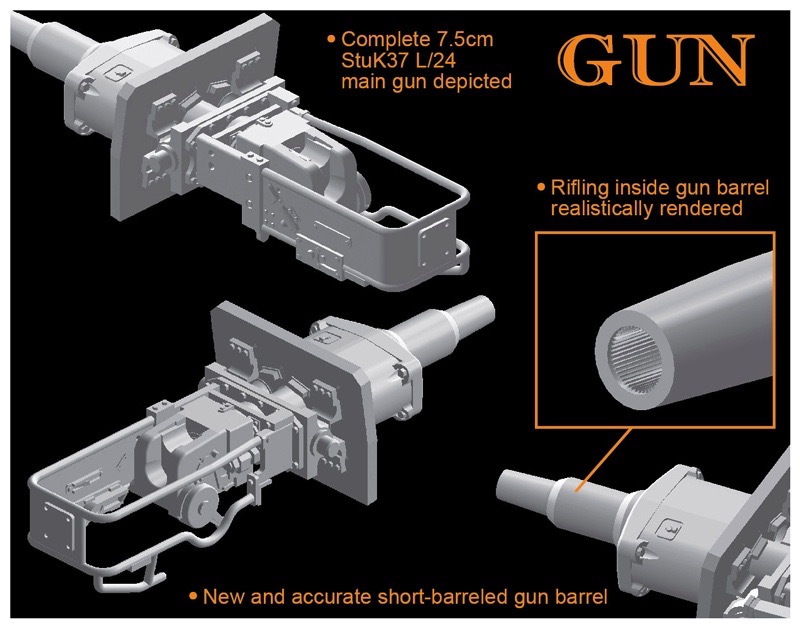 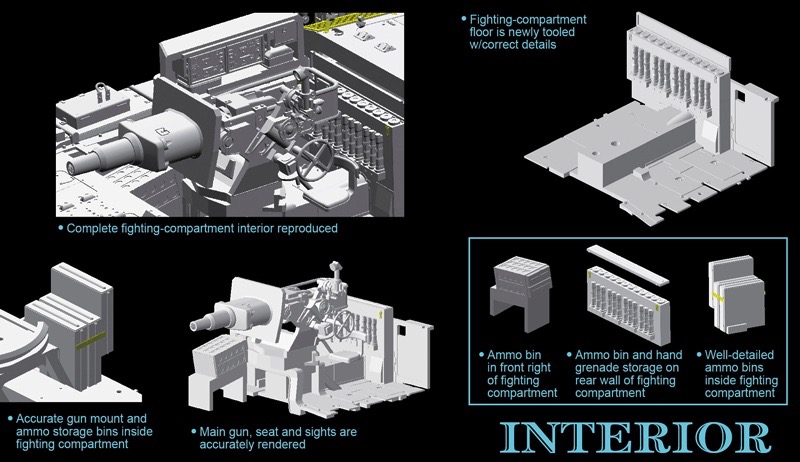 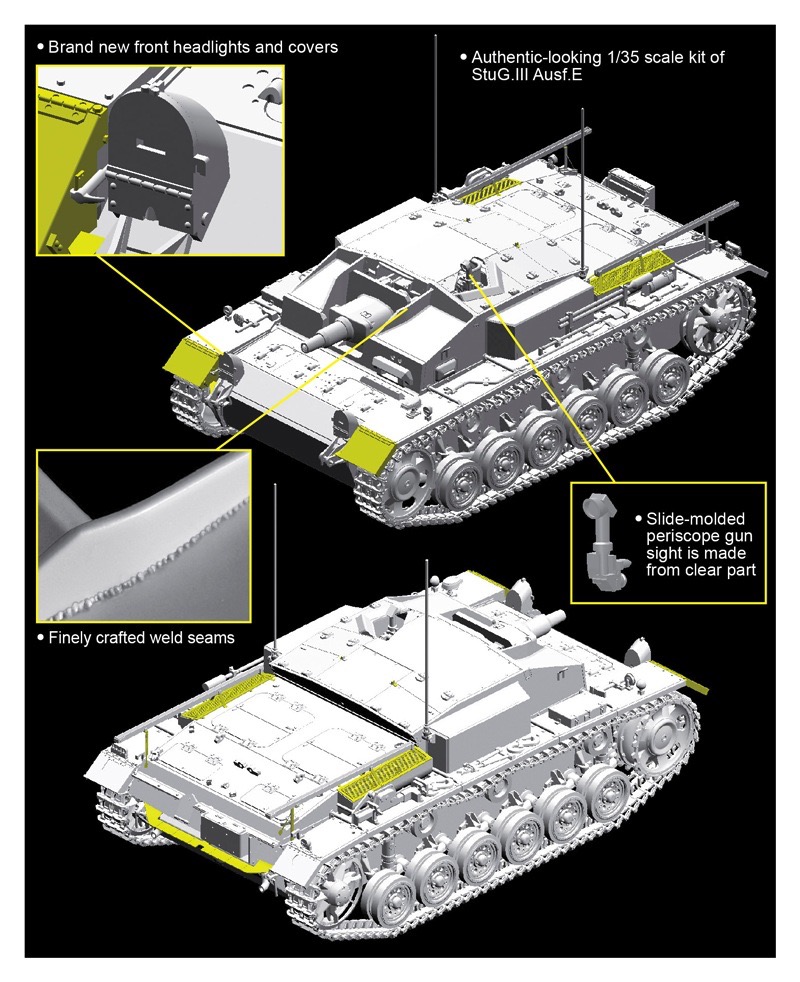 The Sturmgeschutz III (StuG.III) has the distinction of being Germany's most widely produced AFV of WWII, with 10,619 eventually manufactured. Based on the chassis of the Panzer III, it was cheaper and faster to build since it did not have a rotating turret. The Ausf.E, still equipped with the same short-barreled 75mm StuK37 L/24 gun as preceding marks, was produced from September 1941 through to March 1942. Some 272 rolled off Germany's factory floors in that period. This variant's major improvement over its predecessor was a new armored pannier on the right side of the superstructure to accommodate radio equipment. Increased space inside allowed an extra six 75mm rounds to be carried. An MG34 was stowed internally too, and smaller hinges for the inspection hatches were another distinguishing feature of the Ausf.E.

Dragon has already launched a number of splendid new-generation 1/35 scale kits of the StuG.III family, but to date these have been later production types like the Ausf.G. Dragon is now redressing this gap by offering a brand new kit of the Ausf.E, which is designed by Japanese designers and Dragon team. Also it is the only 1/35 StuG.III Ausf.E in nowadays standard available on market! This 1/35 scale rendition of the tank destroyer boasts many great new plastic parts. These include the superstructure roof, headlights and covers, StuK37 short-barreled gun, fighting-compartment floor, frontal armor and cleaning rods in their associated rack. This is Dragon's finest model ever of the important StuG.III Ausf.E, and modelers will find it a treat to assemble and finish thanks to its superior level of detail and ease of assembly.