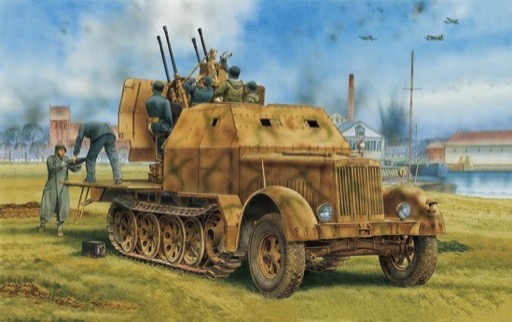 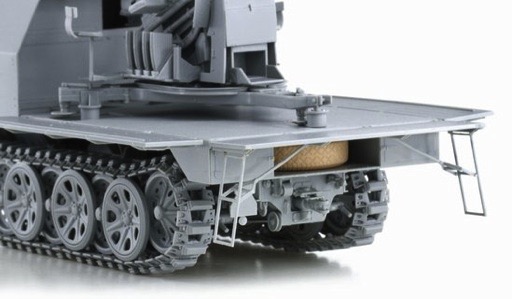 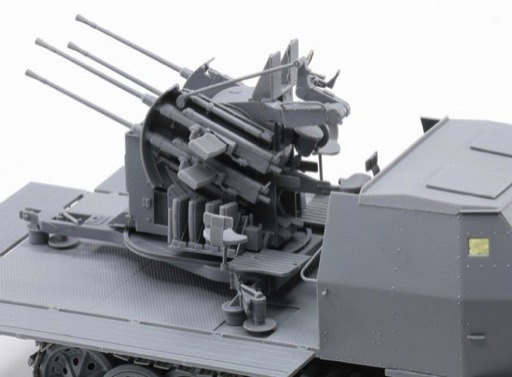 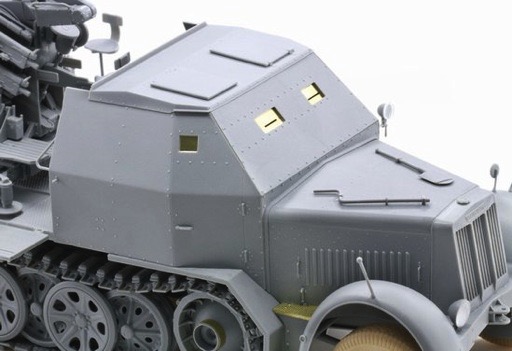 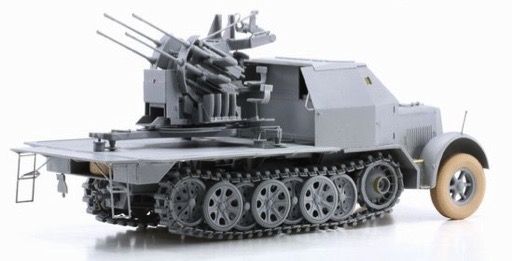 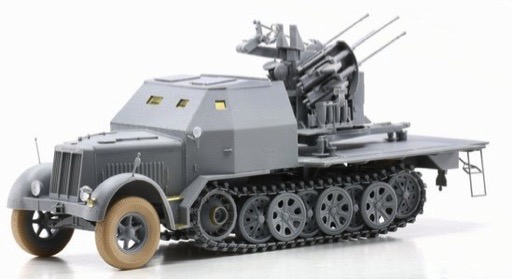 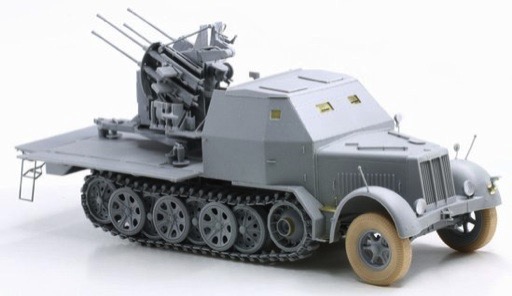 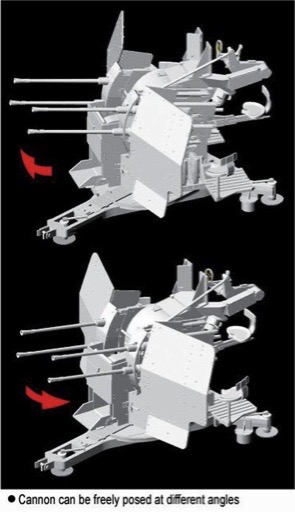 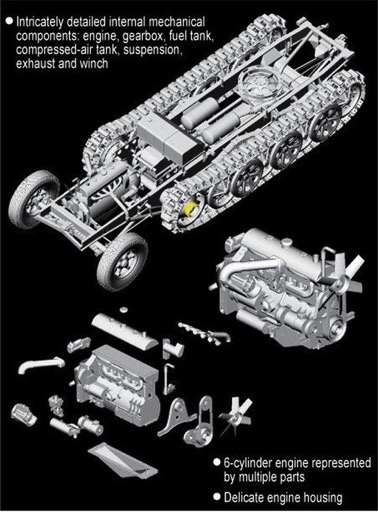 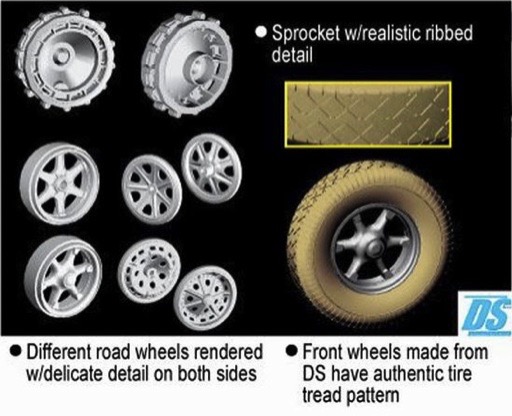 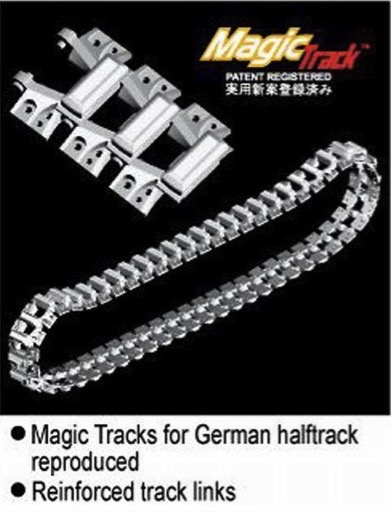 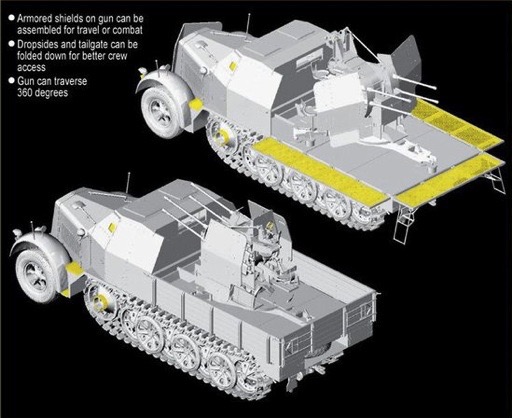 Features: Dragon brings together two highly acclaimed plastic kits from its existing range to create a scintillating new 1/35 scale item. The two components are the 2cm Flakvierling 38 cannon and the Sd.Kfz.7 8-ton halftrack. Together they form Dragon's new Sd.Kfz.7/1 halftrack with the exciting addition of an armored cab. A total of 319 Sd.Kfz.7/1 systems mounting the Flakvierling 38 cannon were produced by Germany up till October 1944. From late 1943, instead of the usual open cab, a number of antiaircraft halftrack combinations were supplied with a cab protected by 8mm-thick armor plate. These vehicles in Luftwaffe flak units operated with a crew of ten men, and the gun had a 360 degree traverse when the dropsides and tailgate were folded down.

This is a 2-in-1 kit, offering the modeler the choice of depicting the two different types of armored-cab configurations that were produced. Furthermore, the kit also offers two different types of tailgate/dropside. One is of wooden-board construction, while the other is a wire-mesh pattern that's rendered via accurate photo-etched parts. These side-frame elements can be modeled upright for transport, or folded down for an in-action diorama. The halftrack and the cannon are of the highest quality and they exhibit an ultimate level of accuracy. This Sd.Kfz.7/1 with armored cab is indeed a welcome addition to Dragon's Sd.Kfz.7 family line.