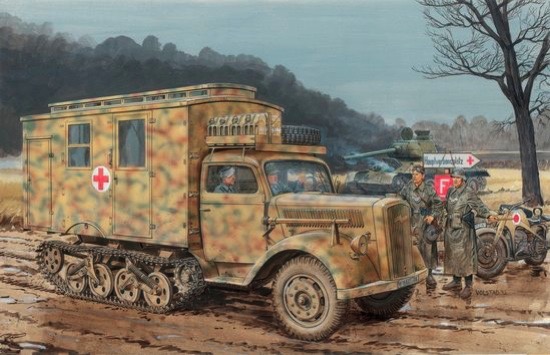 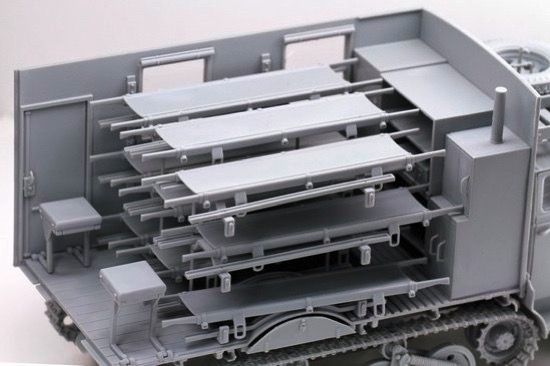 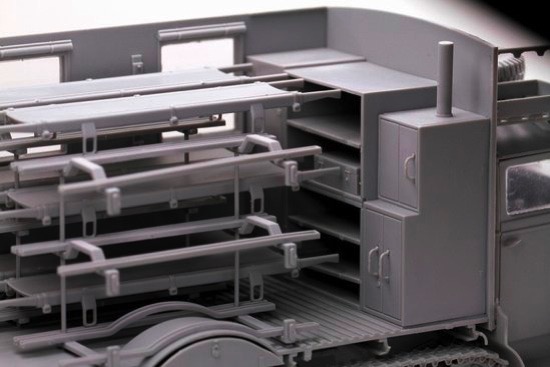 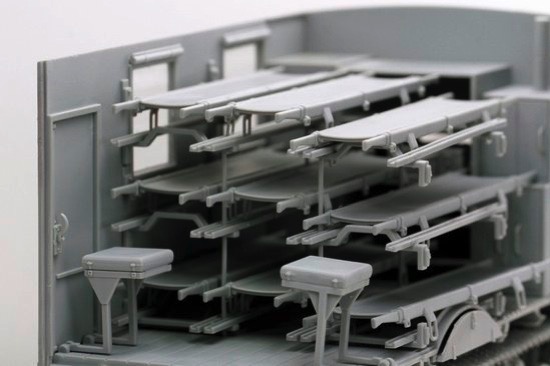 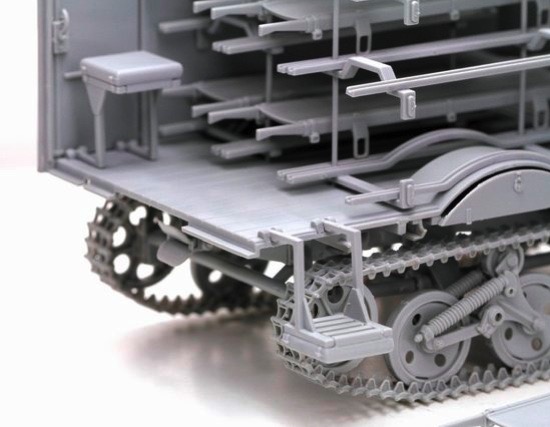 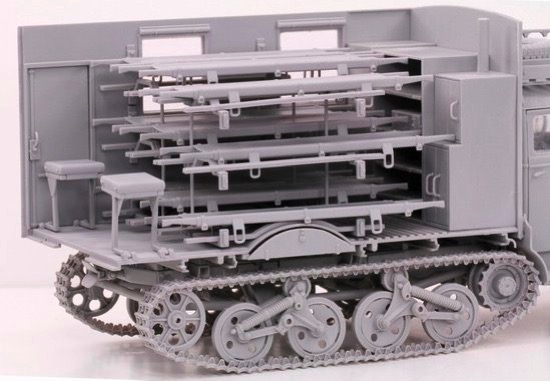 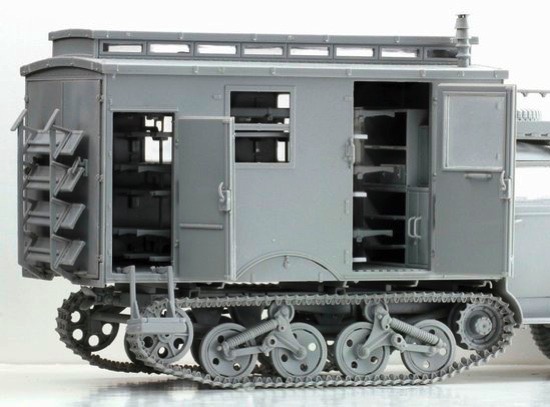 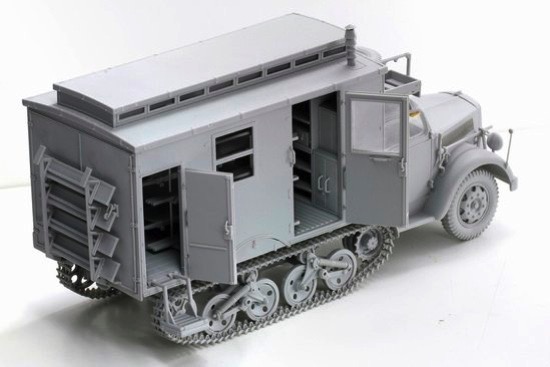 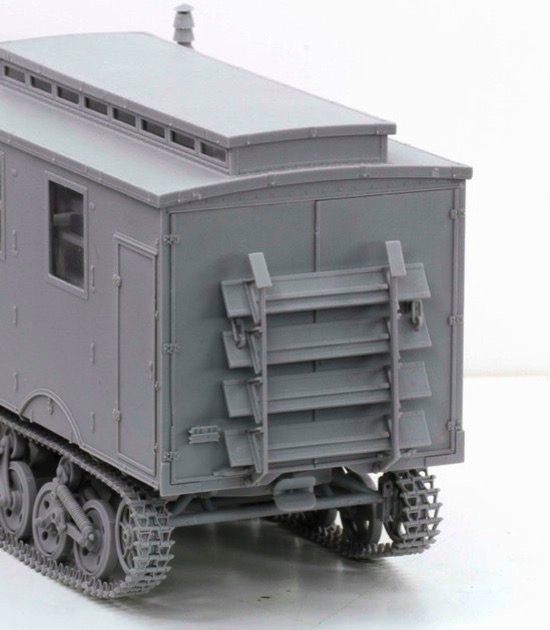 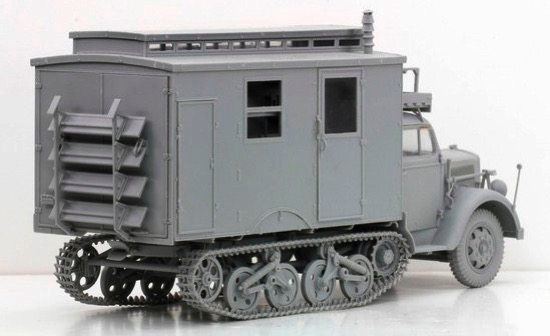 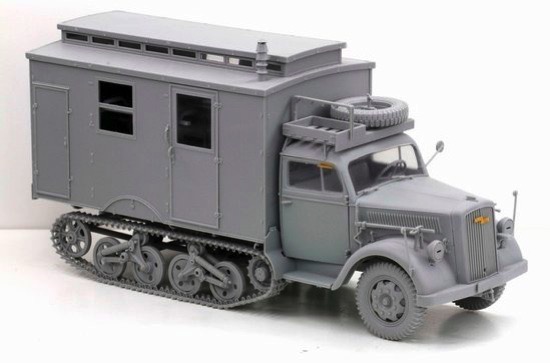 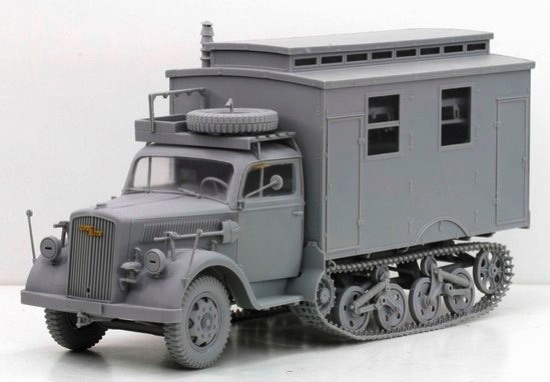 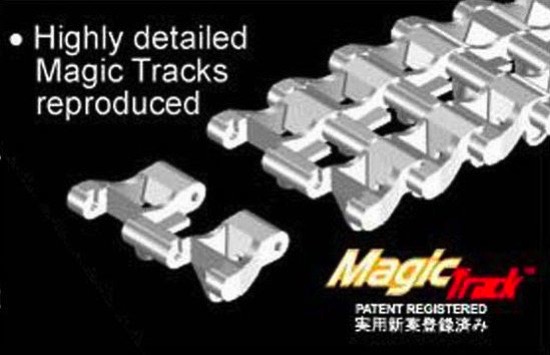 DISCONTINUED This product has been discontinued
and is no longer available.List price: $89.50
You pay: $59.99
(All prices in U.S. Dollars)

Features: The 7.1-tonne Maultier, introduced from 1942 onwards, was largely successful although it wasn't quite as mobile as purpose-built halftracks. One interesting variant was a Maultier Ambulance that could be used for battlefield evacuation. Dragon is proud to be the first manufacturer to offer a plastic kit of this unique vehicle!

This stunning 1/35 scale kit, fully living up to the standards expected by current-generation modelers, is based on Dragon's existing Maultier. The rear ambulance body is completely new, including a delicate access ladder on the rear, as well as side doors and an associated footstep. The rear door opens to reveal a completely outfitted ambulance interior, one that has been carefully recreated with details as accurate as possible using wartime photos as a reference.

The interior thus includes an elaborate rack for up to nine stretchers, and this rack can be fabricated in a configuration that suits the modeler's requirements. Indeed, the detailed exterior and interior of the rear body offer unlimited potential to modelers. Previously, only experienced modelers could have attempted to scratch-build such an extensive ambulance conversion, but now Dragon has made this type available to all! For the modeler who wishes to depict a realistic Eastern Front winter scene, this Maultier Ambulance offers something different.