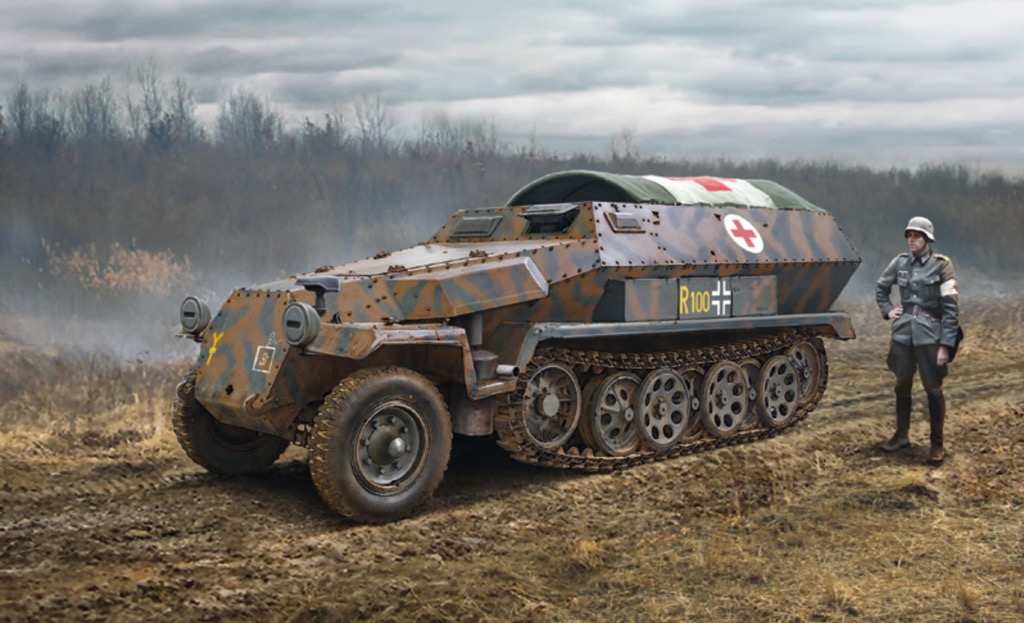 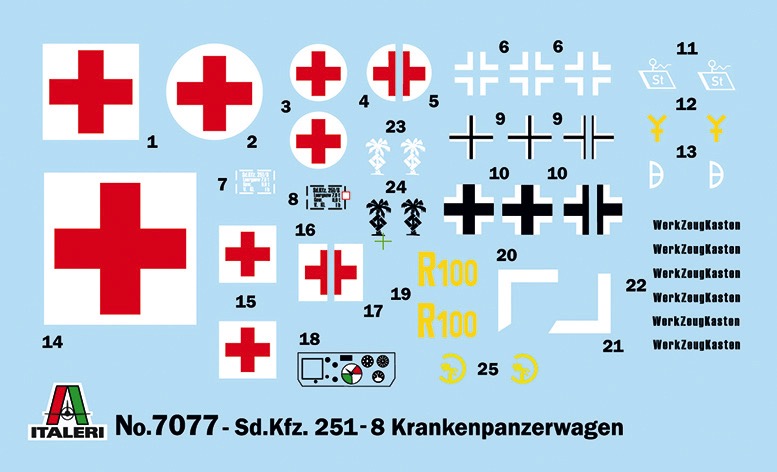 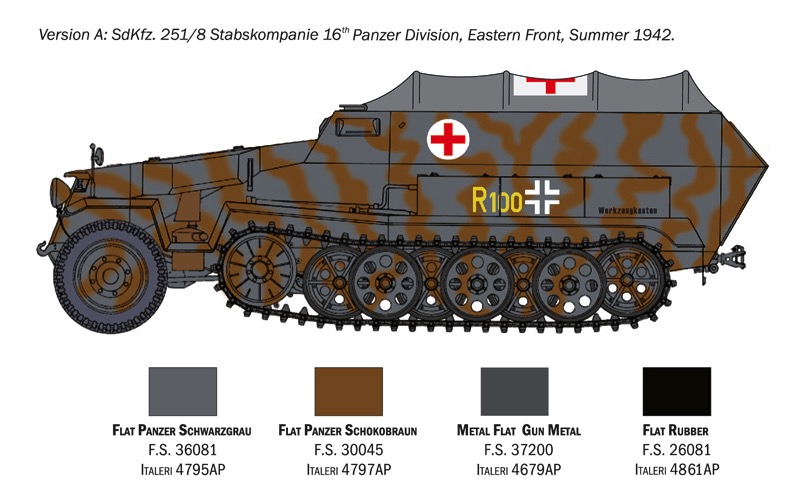 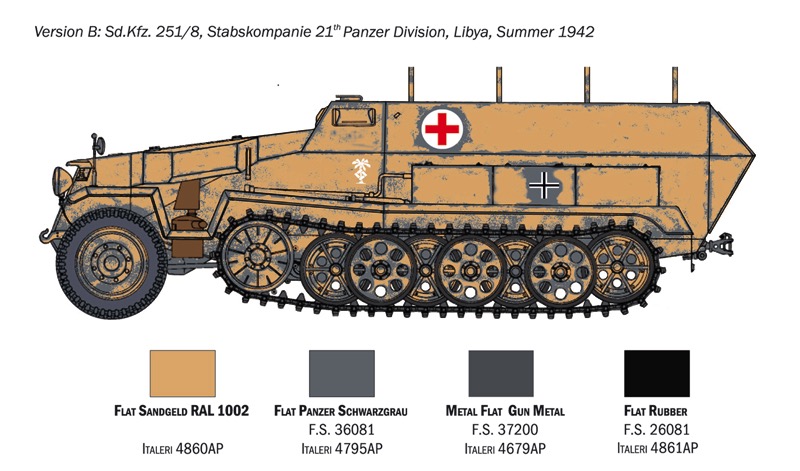 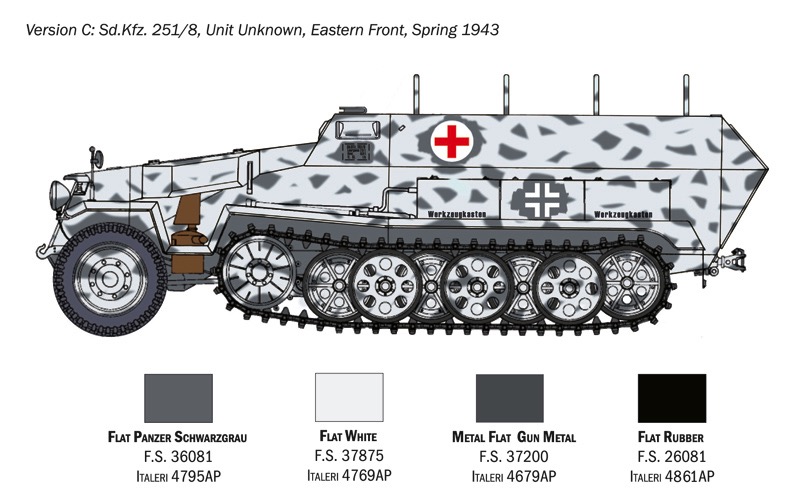 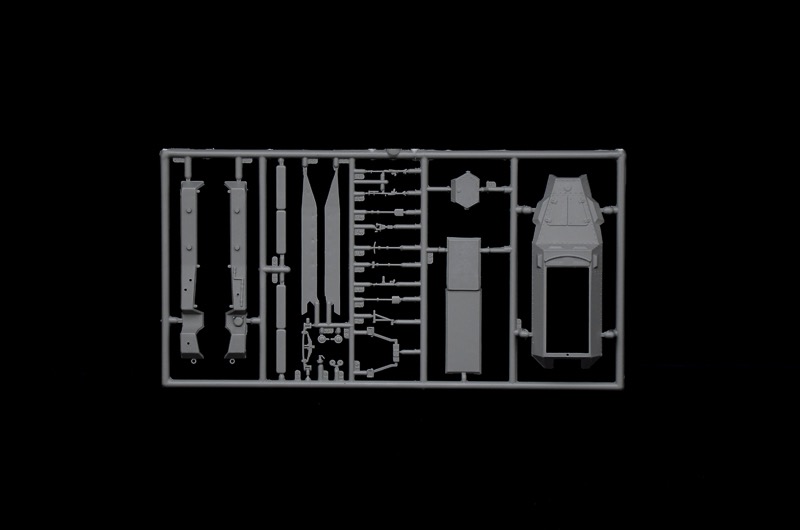 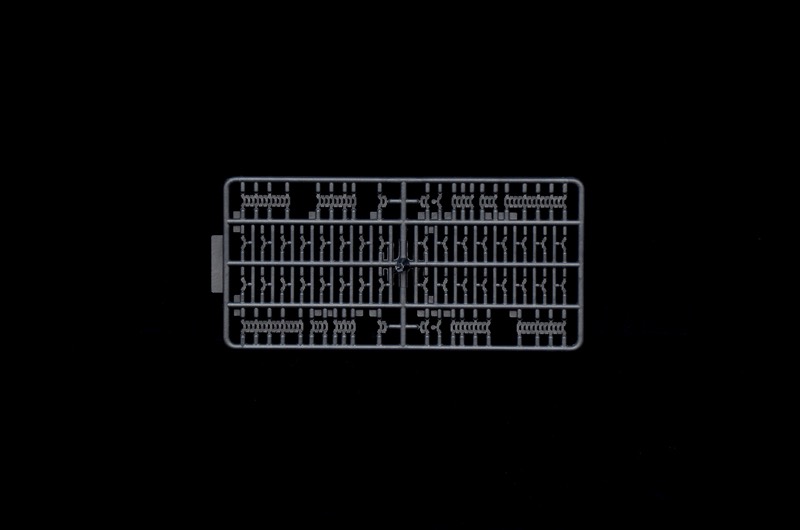 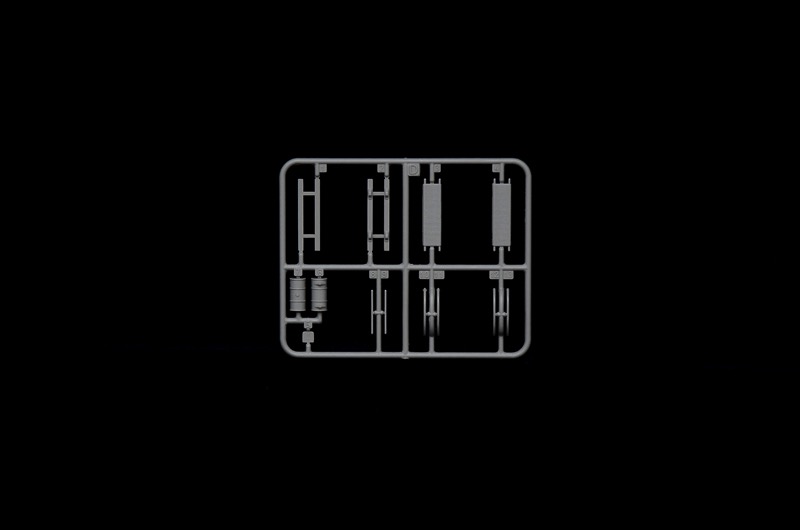 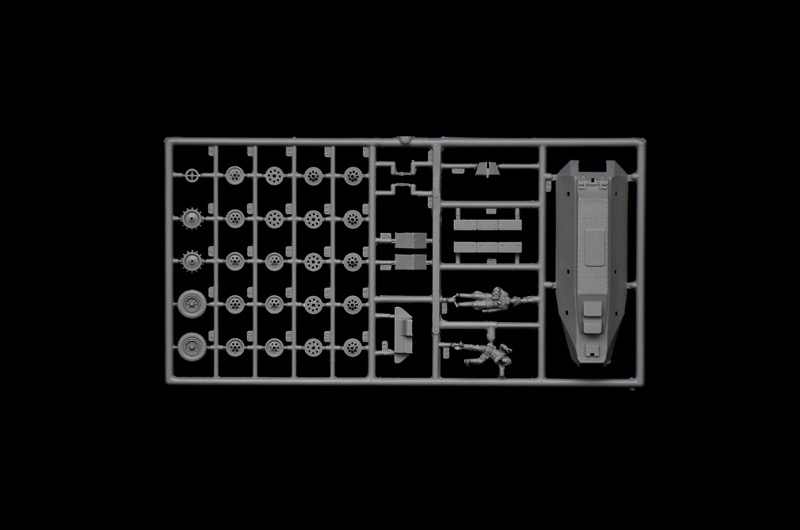 The Sd.Kfz.251 half-track was an armored fighting vehicle (AFV), which was deployed by the Wehrmacht on all operational fronts during the Second World War. Powered by a Maybach 6-cylinder petrol engine it was able to reach a speed of 55 km / h even on 'off road' terrain. Produced in huge numbers, it was mainly used to transport 'Panzergrenadiers', but during the war several versions were developed to meet differing operational requirements. The half-track Sd.Kfz. 251/8 'Krankenpanzerwagen' was outfitted and deployed as an armored ambulance operating close to the frontline. It was capable of carrying up to eight seated casualties or four seated casualties and two stretcher cases, and also the necessary first aid and other medical equipment.