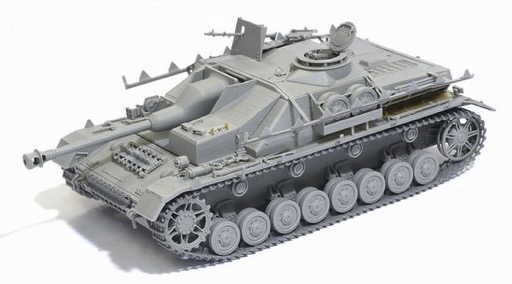 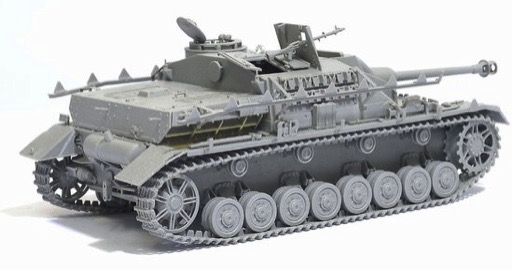 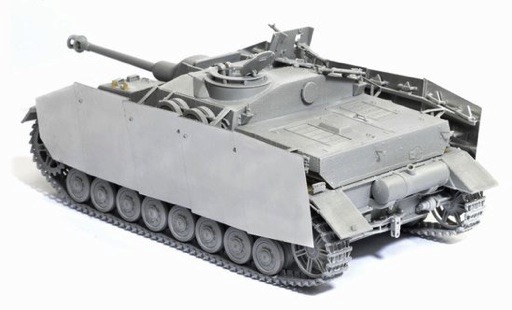 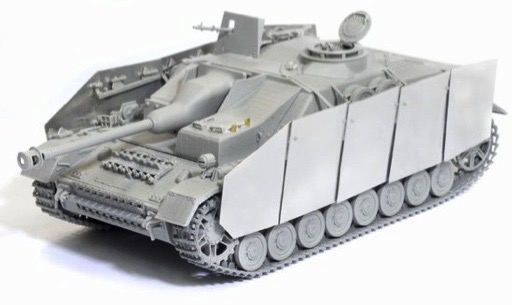 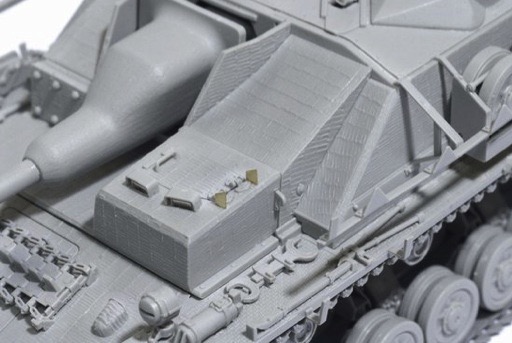 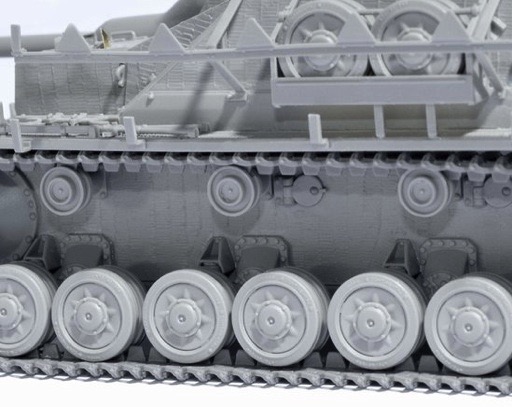 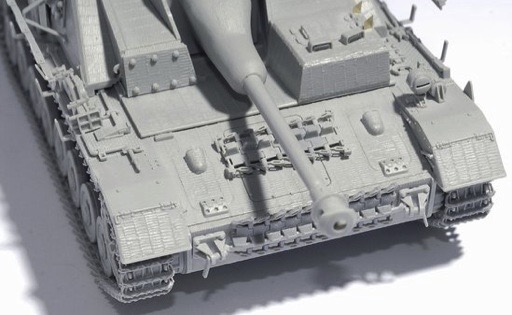 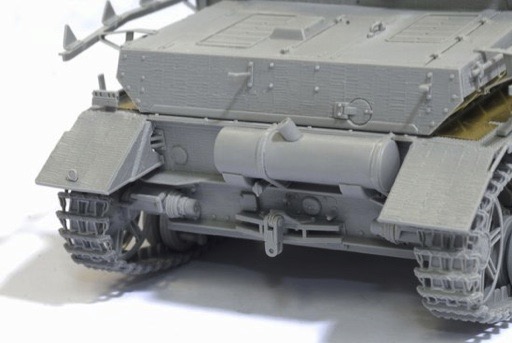 DISCONTINUED This product has been discontinued
and is no longer available.List price: $69.95
You pay: $47.39
(All prices in U.S. Dollars)

Features: Dragon is launching a brand new 1/35 scale rendition of a StuG.IV. The SturmgeschOo?tz IV (also known as Sd.Kfz.167) was an assault gun in the mold of the StuG.III. As its name suggests, it was based on the hull of the ubiquitous Panzer IV tank. Alkett, a manufacturer of the StuG.III, was bombed in November 1943, so in an effort to increase the production of assault guns, Krupp installed slightly modified StuG.III superstructures on the chassis of the Panzer IV. After production was approved on 6 December 1943, Krupp proceeded to build 1,108 StuG.IV vehicles between December 1943 and May 1945. While this number was far less than the StuG.III, Krupp did ensure continuity of assault gun production. Crewed by four men, it proved to be an effective tank hunter platform. The StuG.IV weighed 23 tonnes and was armed with a 7.5cm StuK40 L/48 gun. The main armament was supplemented by an MG34 mounted on the superstructure roof.

This new 1/35 plastic kit depicts an Early Production variant of this tank destroyer. Based on the previously issued Item No. 6420, it is accurately tooled and detailed. What makes this item remarkable is the inclusion of Zimmerit on the vehicle. This special paste was added to vehicle hulls to prevent magnetic mines from adhering. To properly render this Zimmerit coating, all the relevant parts such as the fighting compartment superstructure, glacis, hull sides and fenders have been retooled. The coating is finely rendered, and it will save modelers hours of numbing work trying to reproduce this texture themselves using putty. This kit thus comes with a fine combination of engineering quality and time-saving convenience!