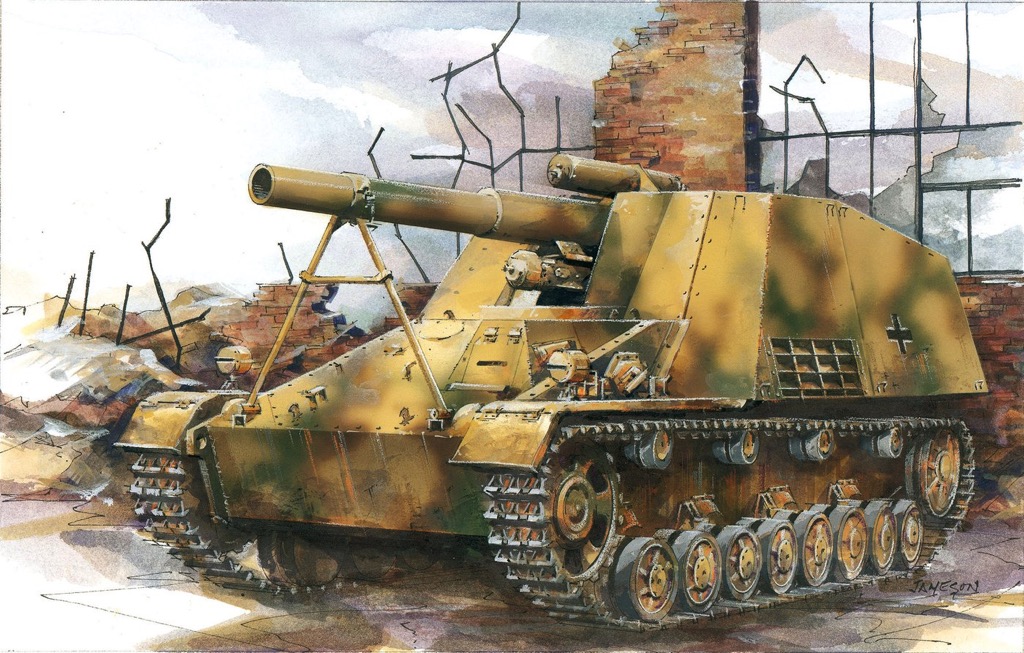 Hot on the heels - or tracks, as the case may be - of Dragon's new 1/72 scale Nashorn with Neo tracks, comes another kit in this same scale that shares the same tracks. This time it's the Hummel, a German self-propelled howitzer (SPH) created by installing a 15cm sFH 18 L/30 howitzer on a Panzer IV chassis. The Sd.Kfz.165 Hummel was produced from late 1942 onwards because of an urgent need for artillery that could keep pace with Germany's panzers. Its combat debut occurred during the titanic Battle of Kursk.

With the Nashorn so recently receiving Neo tracks, it is logical that its close companion the Hummel should do so too. These tracks come with pre-assembled straight runs where applicable, and they can be realistically sagged and shaped by hand. Other parts come as individual links to allow them to perfectly conform to the shape of sprockets, etc. The engineering is top notch. The 15cm howitzer, which is fully seen inside the open-topped fighting compartment, is resplendent in rich detail, as is the rest of the interior. There are even photo-etched parts available to take detail to the next level. A welcome sight, this bumble bee comes right on the tail of a Neo track-shod rhinoceros!