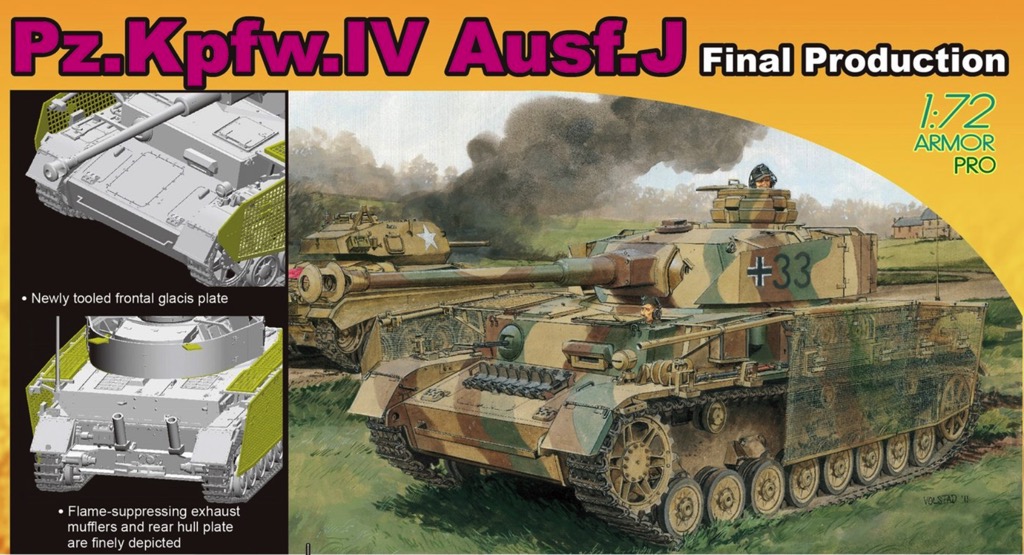 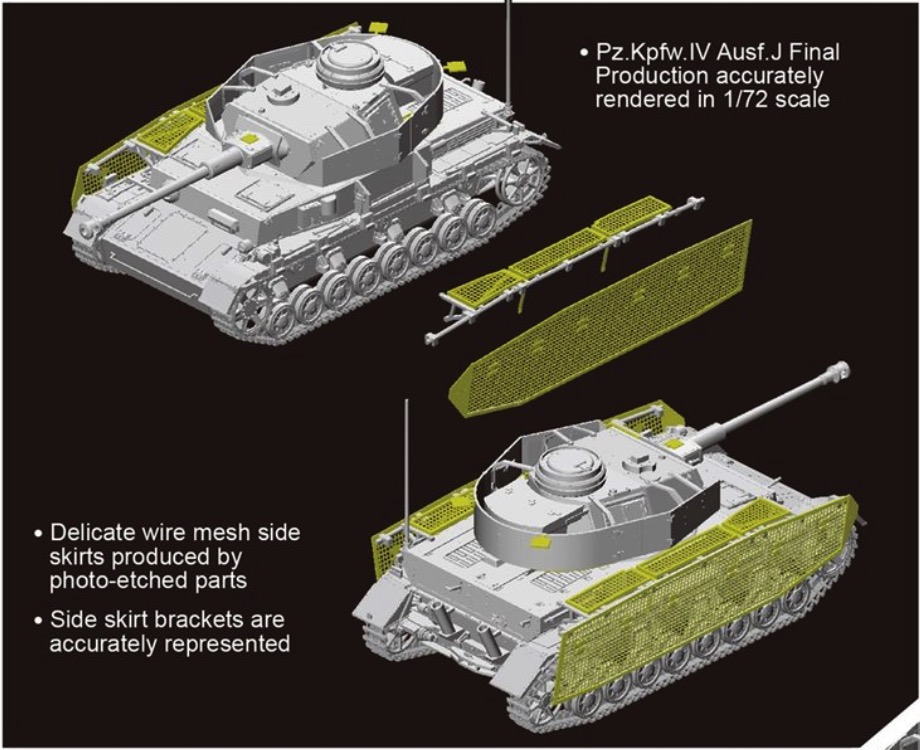 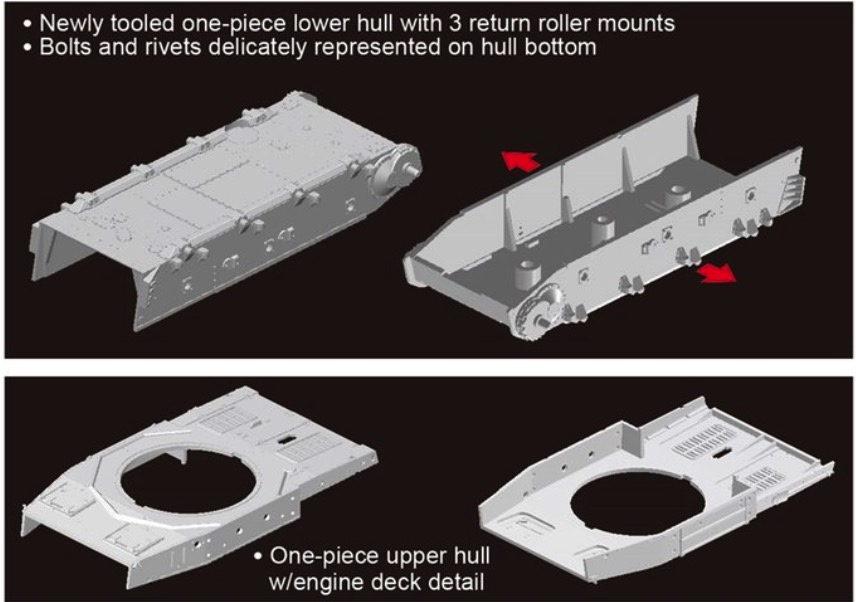 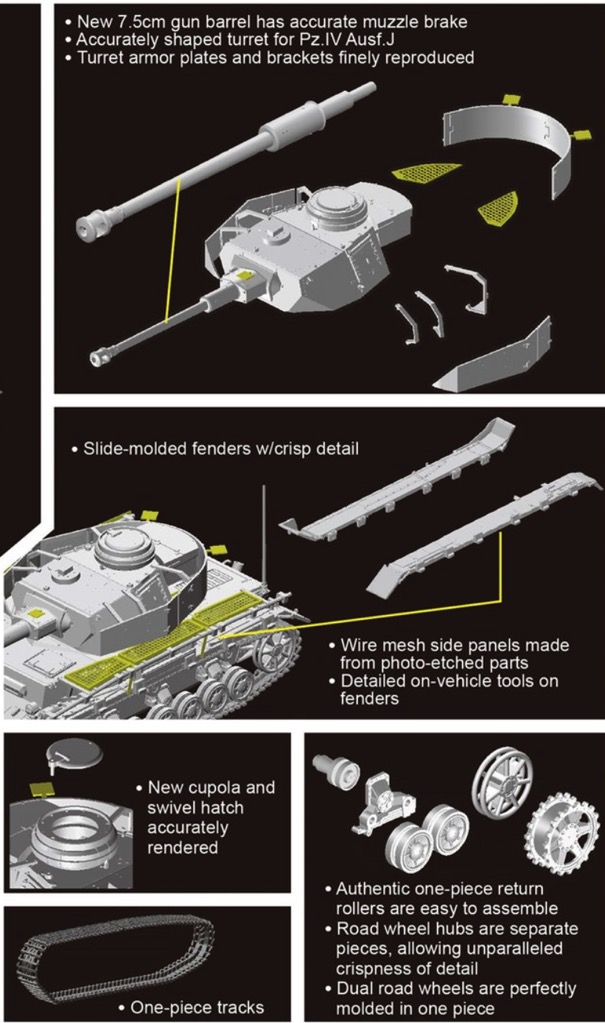 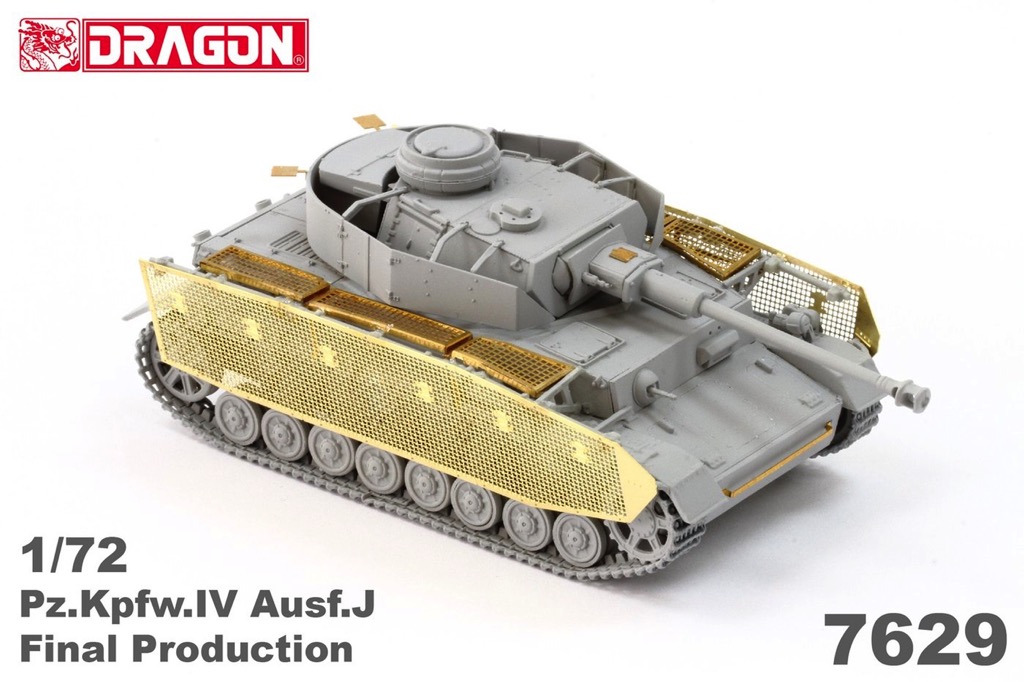 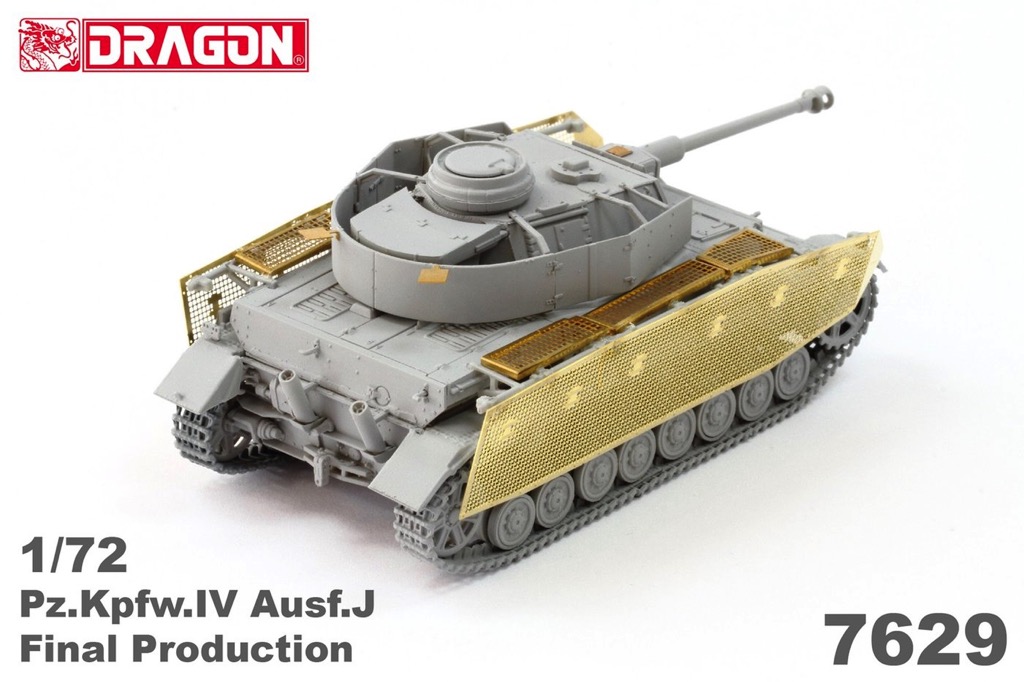 A brand new Panzer IV tank in 1/72 scale available for modelers wishing to expand their number of variants in this famous tank family. This new kit depicts the Panzer IV Ausf.J Final-Production version, In most respects, the Ausf.J was a retrograde from the previously produced Ausf.H, a necessity imposed on Germany to simplify production as the war progressed. The final production had two flame-suppressing mufflers installed on the rear. Another identifying feature was wire mesh being used for side skirts rather than steel plates, and there were three return rollers per side rather than the original four.

Besides of the ultimate level of detail, a highlight of this kit is the stunning wire mesh side skirts made from photo-etched metal parts, with Dragon rising to the challenge of making the wire mesh to scale. In addition, there are numerous other completely new parts such as the lower hull, front glacis armor plate with handles and brand new fenders. This newest member of the Panzer IV family allows modelers to accurately recreate a German vehicle from the late-war period.