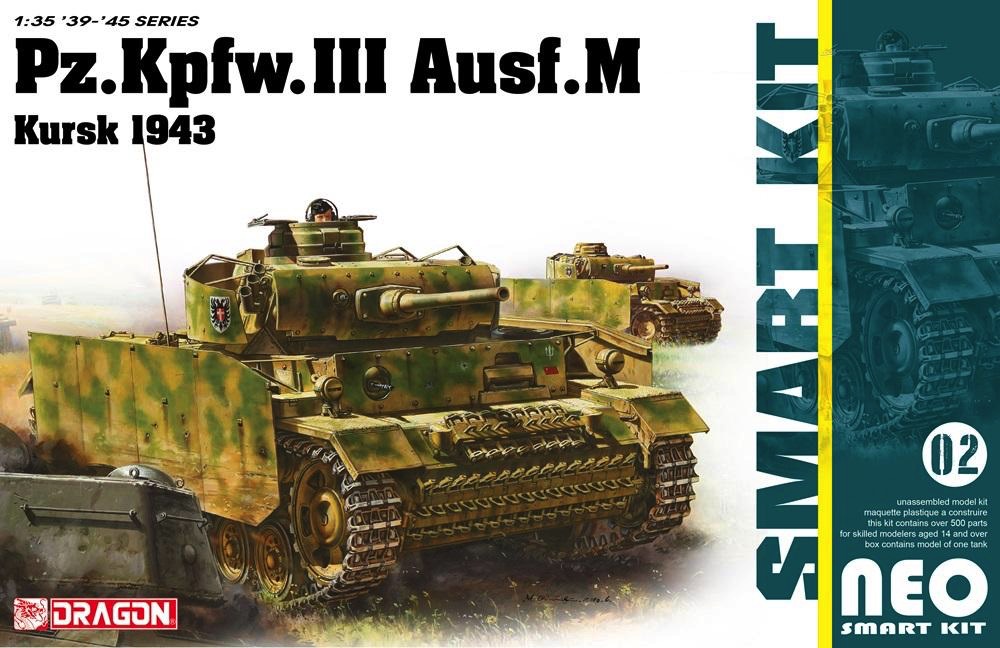 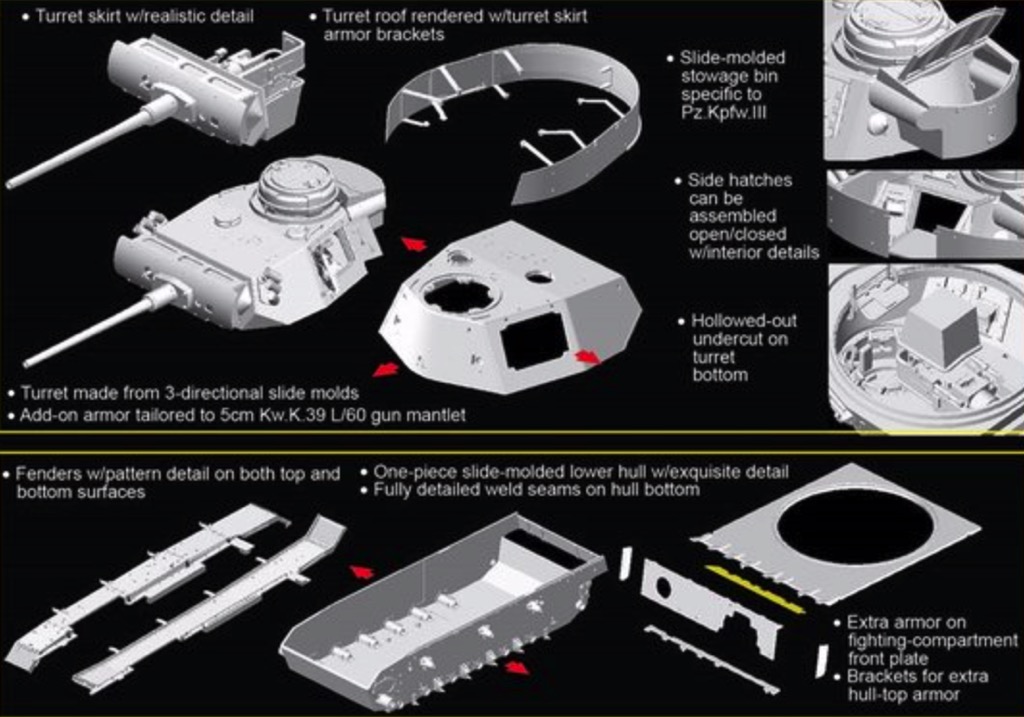 The second subject in this scintillating Neo Smart Kit line is a Panzer III Ausf.M as used during the Battle of Kursk in 1943. A total of 250 tanks of this variant were produced from October 1942 till February 1943. Based on the preceding Pz.Kpfw.III L tank, key design features included a deep-wading exhaust and special seals (to aid river crossings) and the attachment of Schurzen side skirt armor on the hull and turret. The Panzer III Ausf.M was armed with a 5cm KwK.39 L/60 main gun. This tank was widely used in the gigantic Battle of Kursk in July-August 1943, when nearly 3,000 German tanks clashed with more than 5,000 Soviet tanks.