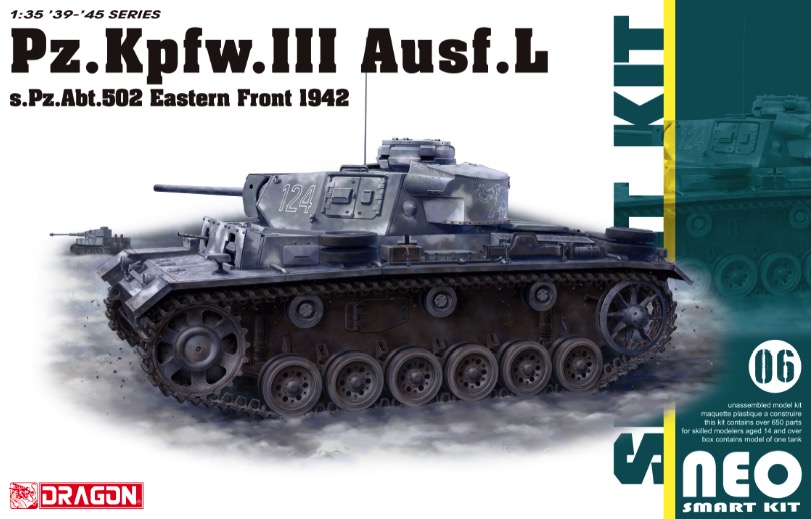 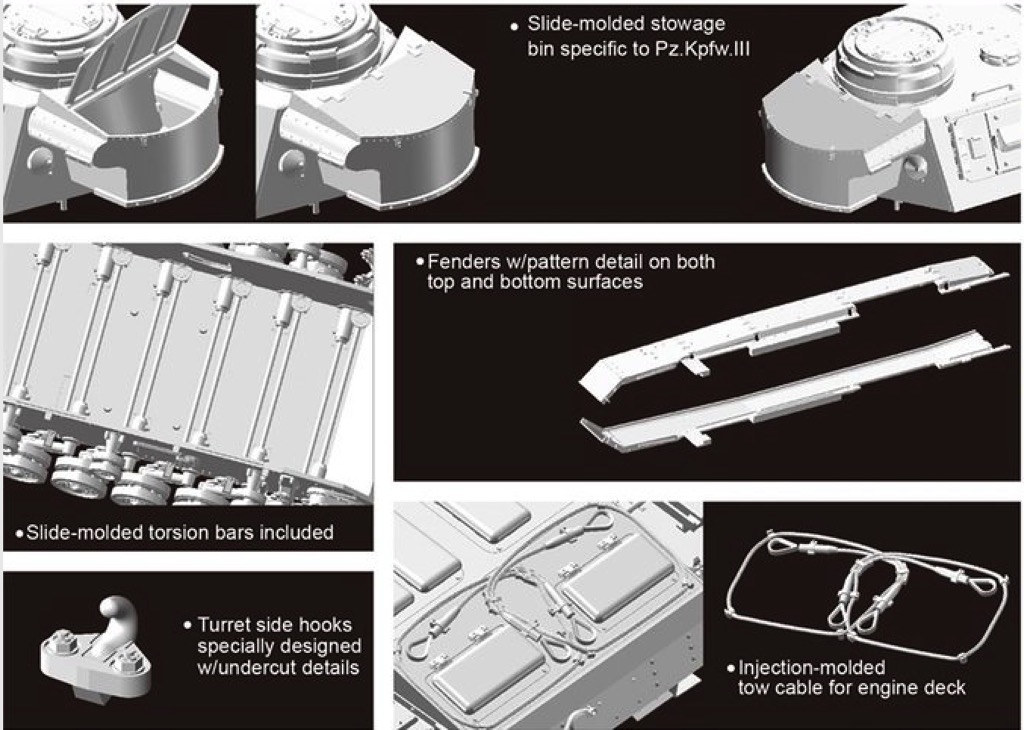 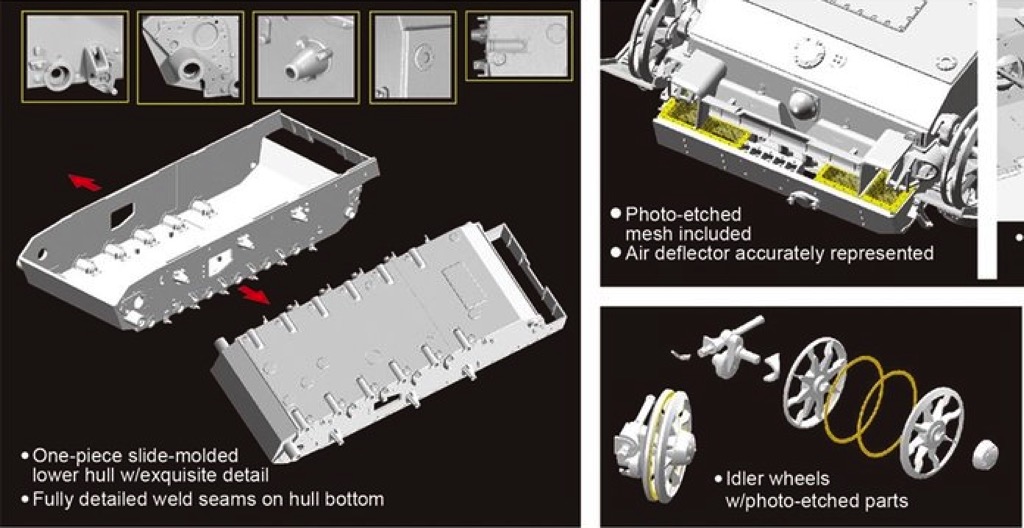 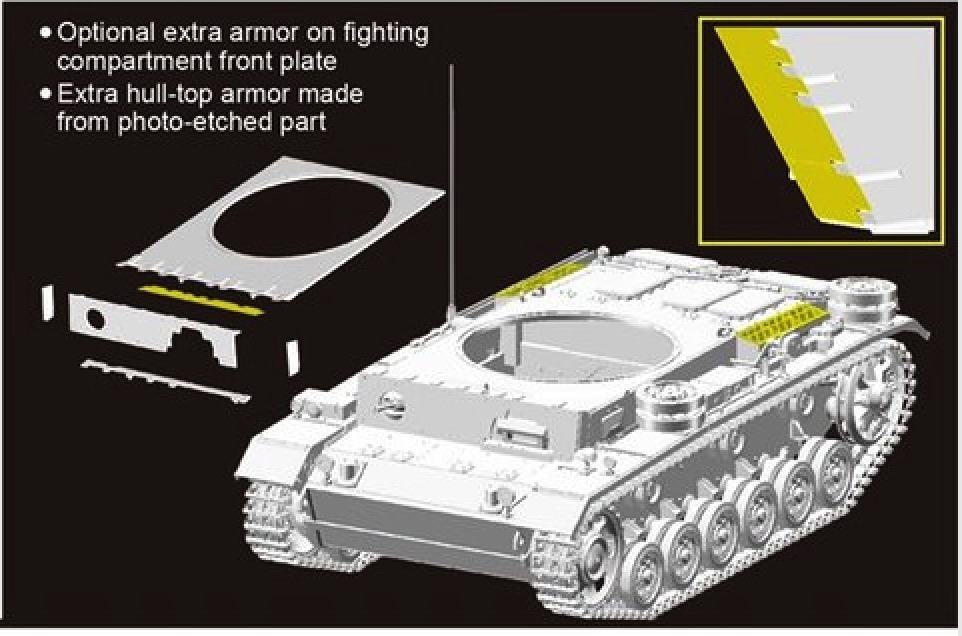 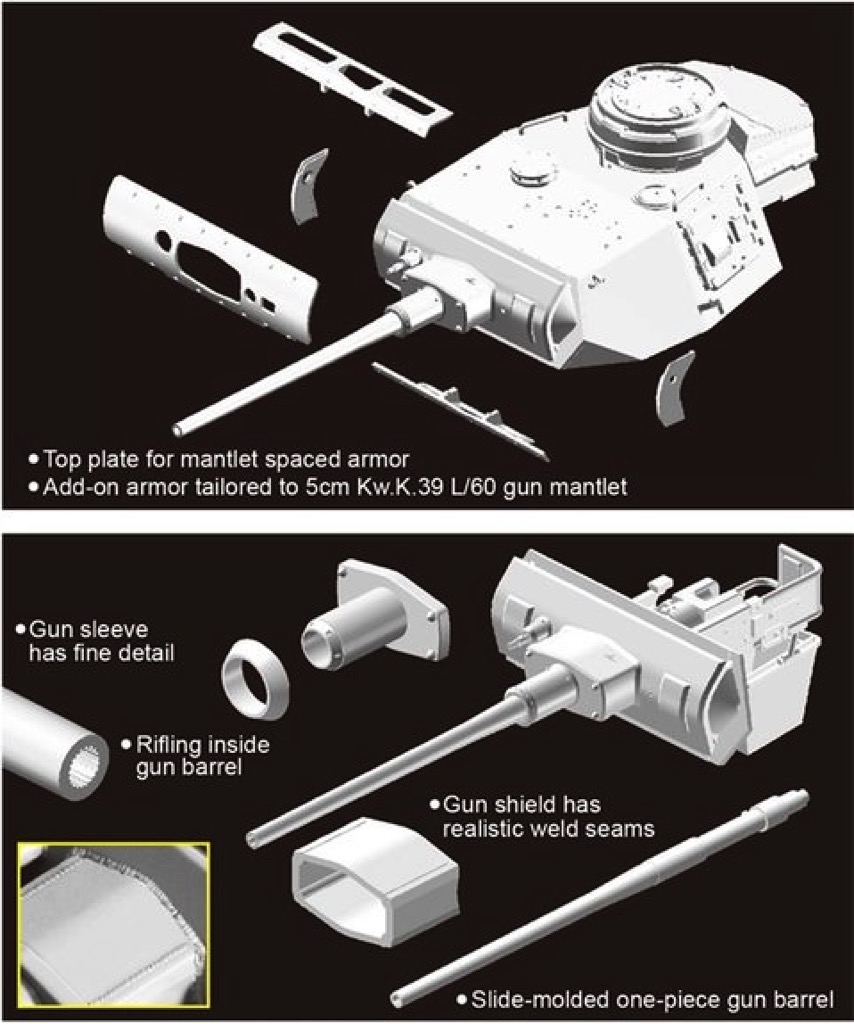 Panzer III Ausf. Ls were issued to s.Pz.Abt.502 alongside Tiger Is, and the unit's first taste of combat was in the Leningrad region from August 1942 onwards. This Neo kit represents such a Panzer III L in that timeframe. The most convenient facet of this kit is the highly detailed and easily assembled Neo tracks. These Neo tracks include both pre-molded lengths and individual links, and they're easily manipulated to create a realistic sagging effect. Dragon's Panzer III family is the best-quality kit of the tank type that's available on the market, so modelers can be assured that detailing and accuracy are phenomenal. This Panzer III Ausf.L kit is ready to join the siege of Leningrad with s.Pz.Abt.502, for which Dragon also has a suitable Tiger I kit available!