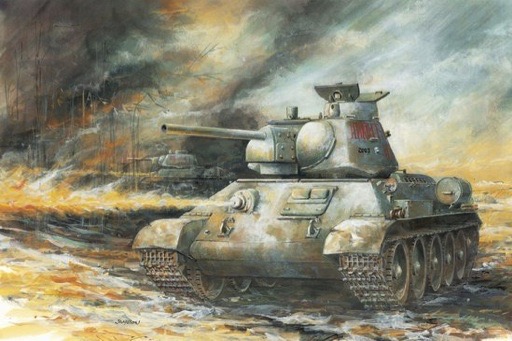 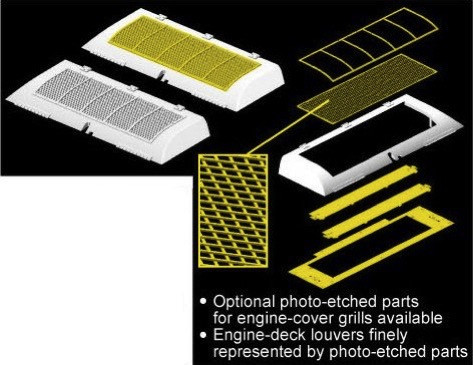 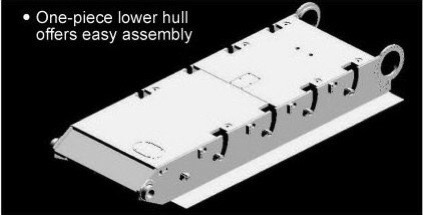 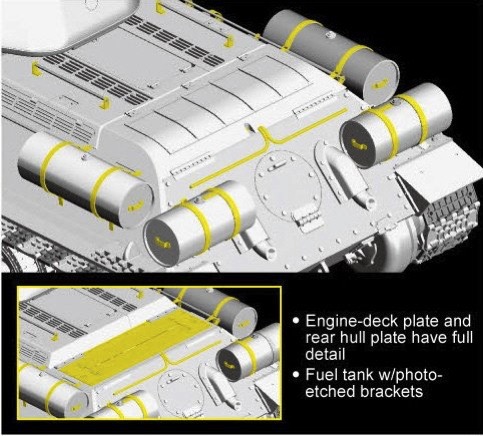 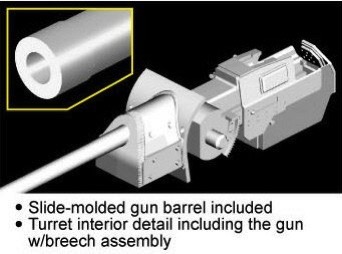 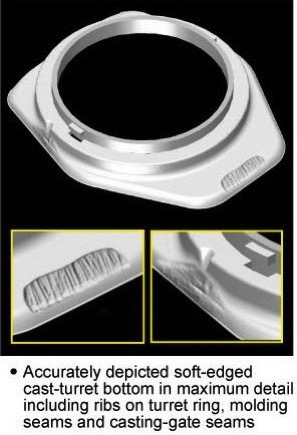 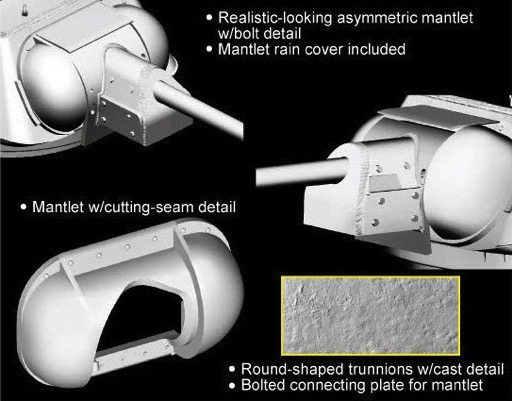 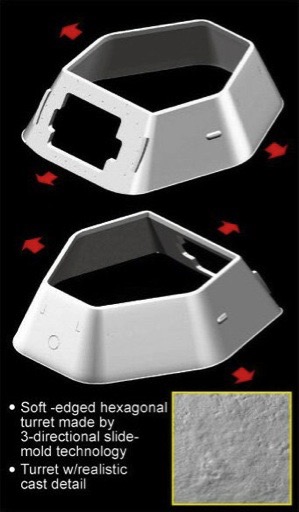 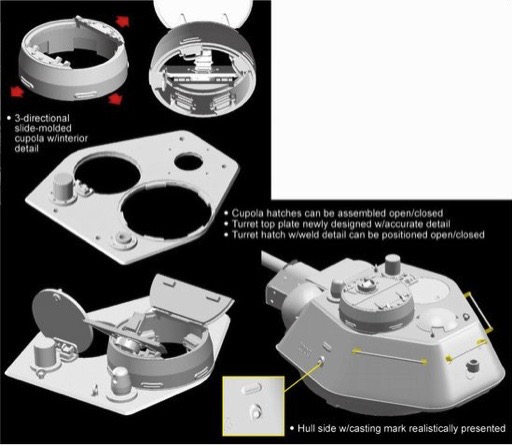 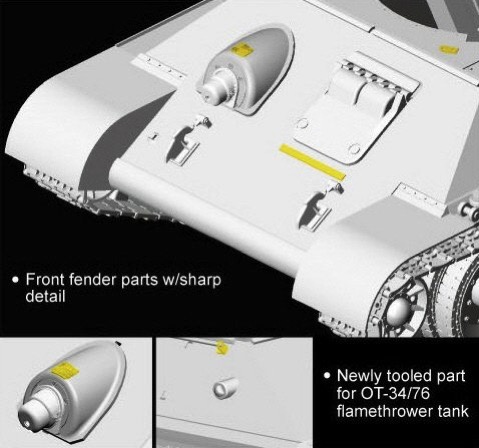 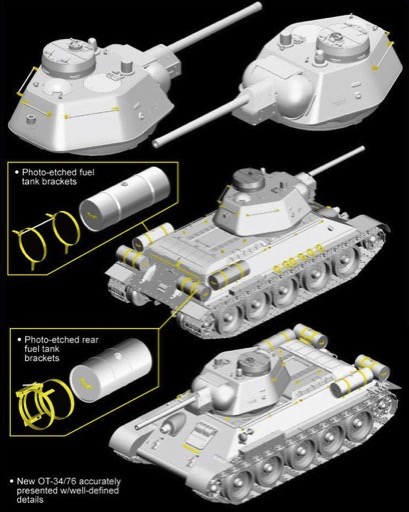 DISCONTINUED This product has been discontinued
and is no longer available.List price: $54.99
You pay: $37.39
(All prices in U.S. Dollars)

Features: Dragon has an impressive number of T-34/76 tanks in its 1/35 scale range of plastic kits, but one variant that has never appeared before is the OT-34. However, this deficiency has now been addressed with the release of Item No. 6614. An OT-34 ("OT" stands for Ogniomietnyj Tank) was a standard T-34 tank converted into a flamethrower vehicle by internally mounting of an ATO-41 or ATO-42 flame projector in the place where the hull machinegun was normally placed. This position meant the main gun in the turret was unaffected and could still be used as normal. More than 1500 such T-34s were transformed into flamethrower tanks after design work commenced in November 1940. The OT-34 could shoot a jet of flame to a range of 90m. Fed by a 105-litre fuel tank, the ATO-41 could fire ten short bursts, while the improved ATO-42 introduced in 1942-43 had a range of 130m.

Dragon's 1/35 kit depicts an OT-34 based on a Model 1943 tank. The model shows a vehicle manufactured at the Krasnoye Sormovo No.112 factory in Gorky, and serving with the most famous OT-34 battalion of all, the "Dmitri Donskoi" Battalion. Interestingly, the Russian Orthodox Church raised the money to establish this independent flamethrower tank battalion, which was named after a famous historical figure. The "Dmitri Donskoi" Battalion was part of the 1st Guards Tank Army.

The kit has been modified to correctly resemble an OT-34, and thus it features a newly tooled fuel tank and the appropriate straps made from photo-etched metal. The front fenders are also new. The kit features all the typical characteristics of other T-34 kits from Dragon, including generous offerings of photo-etched metal and slide-molded plastic components. This OT-34 is a searing hot release and will look good in any collection or Eastern Front diorama.