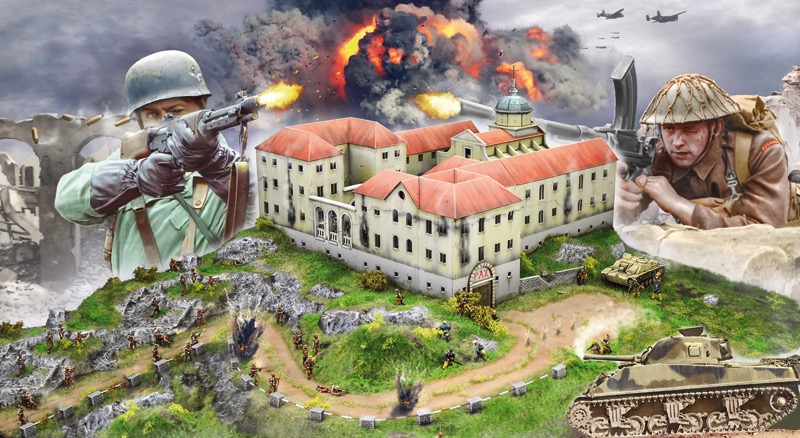 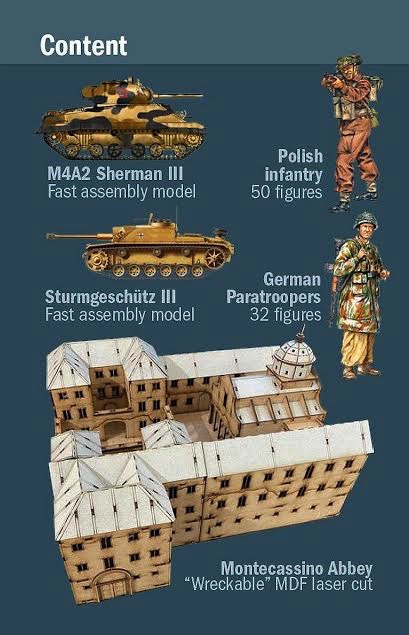 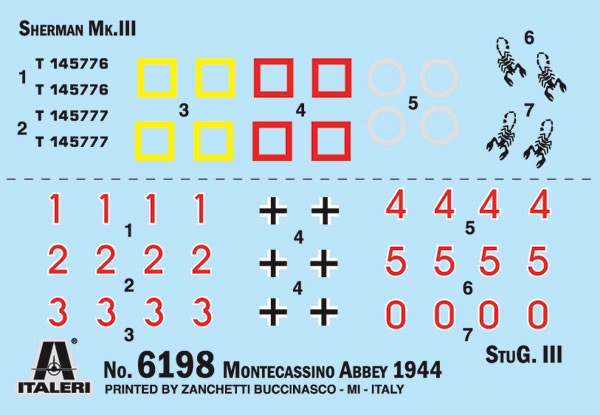 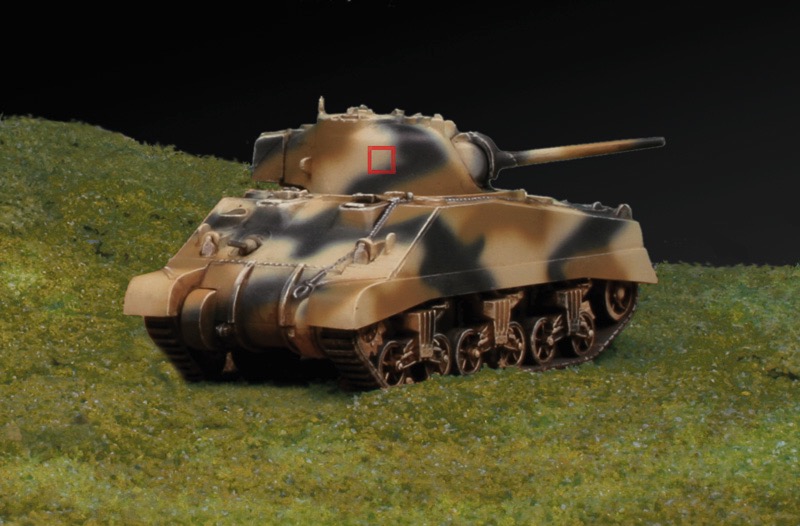 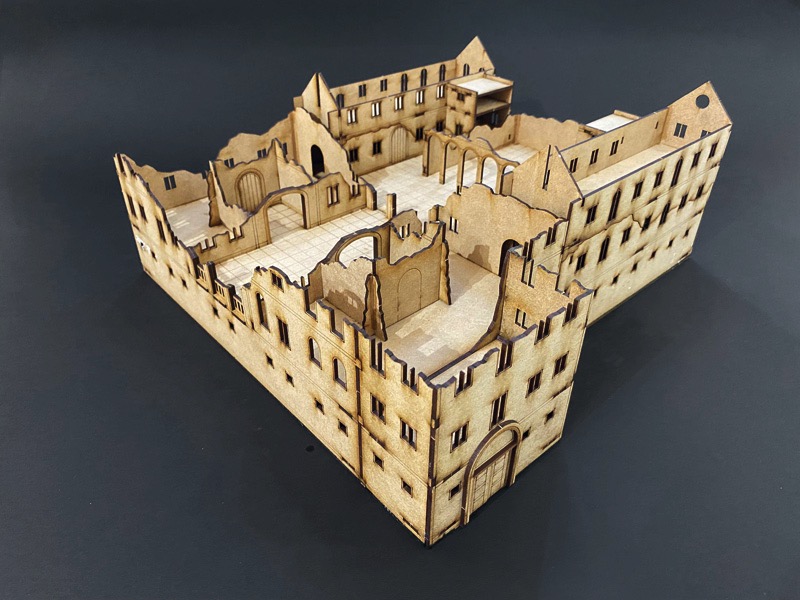 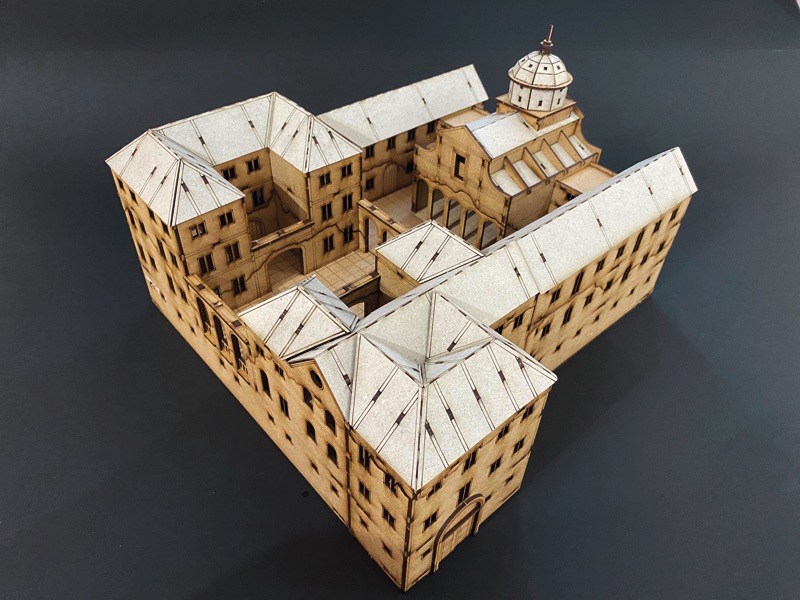 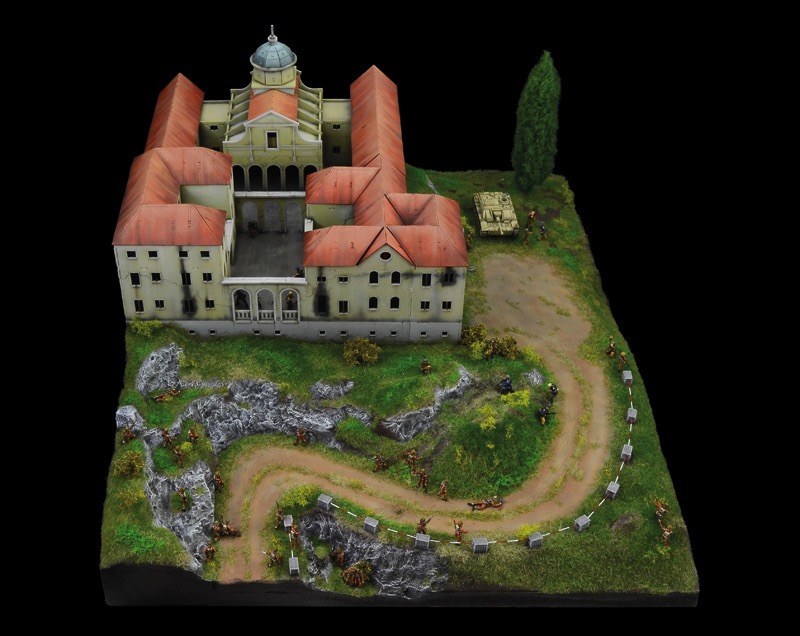 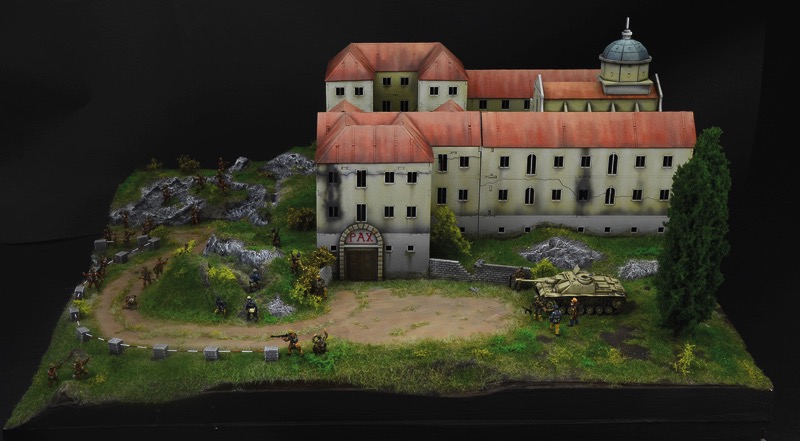 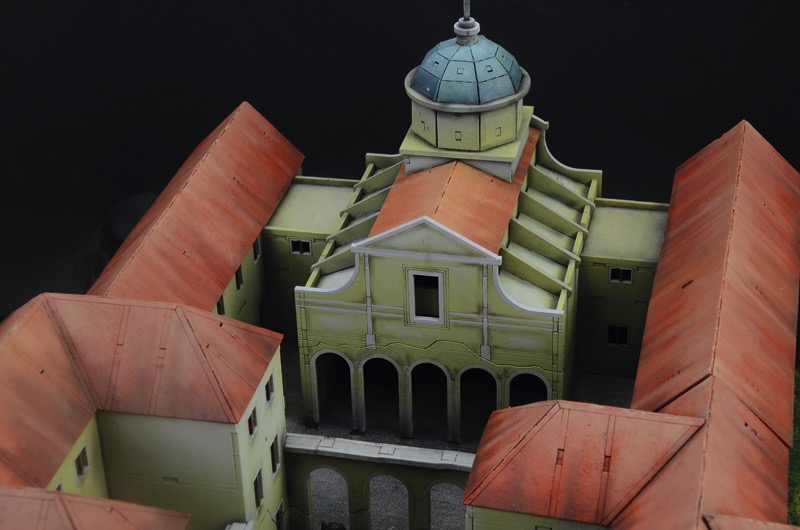 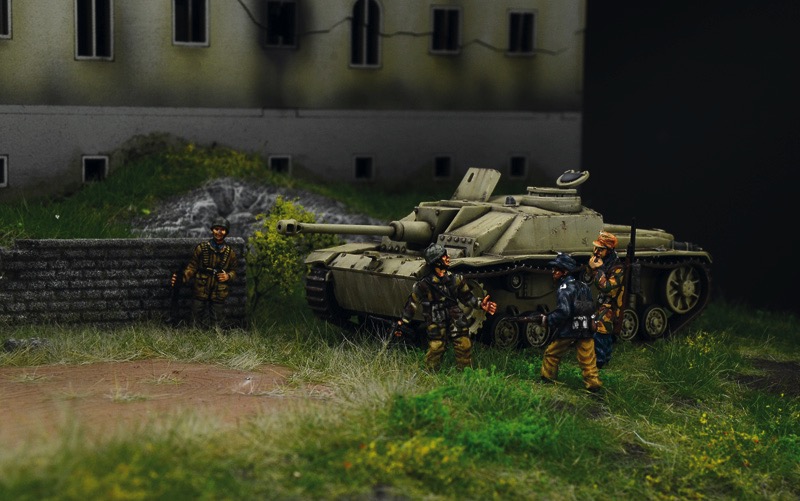 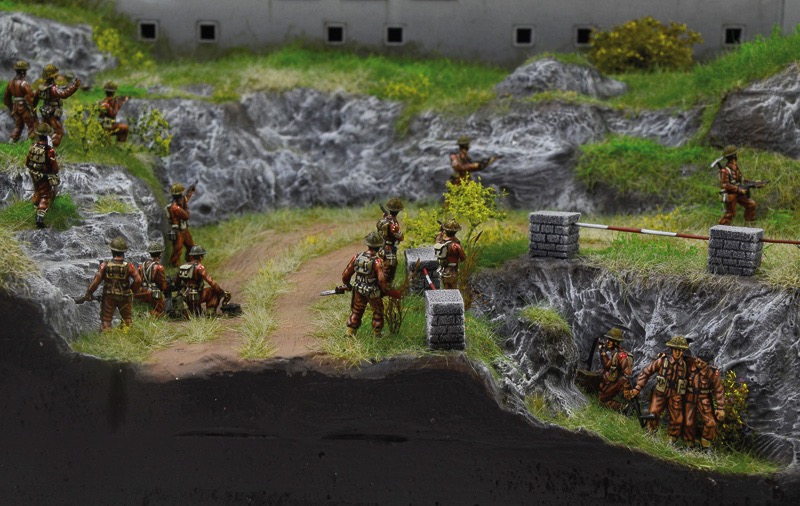 Kit does NOT include terrain elements or defensive details. Kit only includes building, tanks, and infantry.

During the Italian campaign, in the period from January to May 1944, the allied forces under the command of General Mark Clark, advanced upon the German 10th Army commanded by General Heinrich von Vietinghoff, who were entrenched in defensive positions along the Gustav line. The cornerstone of the Gustav line was the small town of Cassino which controlled the river Liri valley. Cassino itself was dominated by the historic Benedictine abbey of Montecassino, which was an important strategic observation and defensive position of the German forces. The determined resistance offered by the German troops, who held their positions for almost four months, was assisted by the difficult weather conditions, which hindered the allied advance. Fierce fighting ensued to try and oust the Germans from their stubbornly held defensive line. It was not until mid-May that the German positions were finally breached, which allowed the allied advance to Rome to ensure its liberation in June 1944.