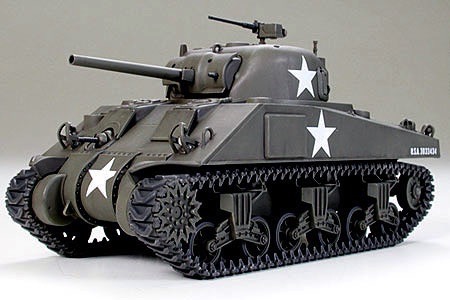 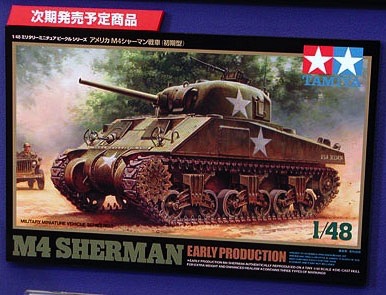 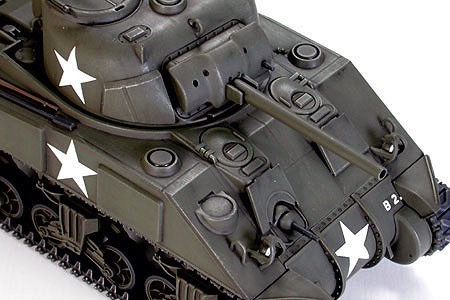 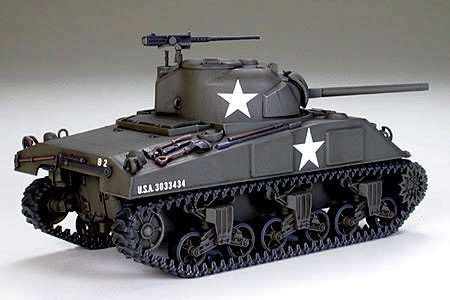 Following the popular release of the Tiger I comes our second amazing tank to the MMV Series, the U.S. M4 Sherman. Like the Tiger I, the Sherman features easy assembly with as much detail as our fantastic 1/35 MM Series plus more.

About the M4 Sherman Early Production
With approximately 50,000 units produced during WWII, the U.S. Army's series of M4 Sherman tanks were one of the driving forces behind Allied victory. Designed for efficient massproduction and including room for future modifications, the M4 series boasted superior ground performance with excellent reliability. Amongst the many variants produced, the early production M4 featured a 60" angular shaped welded hull and a cast turret loaded with a 75mm M3 cannon. With a 350hp air-cooled gasoline engine, Vertical Volute Spring (VVS) suspension and a 5-speed forward and reverse transmission, the M4 was capable of top speeds of up to 38.6km/h. Production began in July 1942, with 6,748 units produced by January 1944. The initial production run featured a distinctive 3-piece bolted transmission housing. Some M4 were also fitted with applique armor bolted later on for extra defense. The M4 Sherman saw action throughout Europe including both the Normandy and Italian campaigns and was the most produced U.S. tank during WWII.

About the Model
Model features exceptional detailing of all unique aspects of the early production M4 Sherman. Note the 3-piece bolted together front transmission housing, the sharply angled upper hull, and the smooth curve of the cast turret. Like the Tiger I tank, model also features a die-cast hull for extra weight.