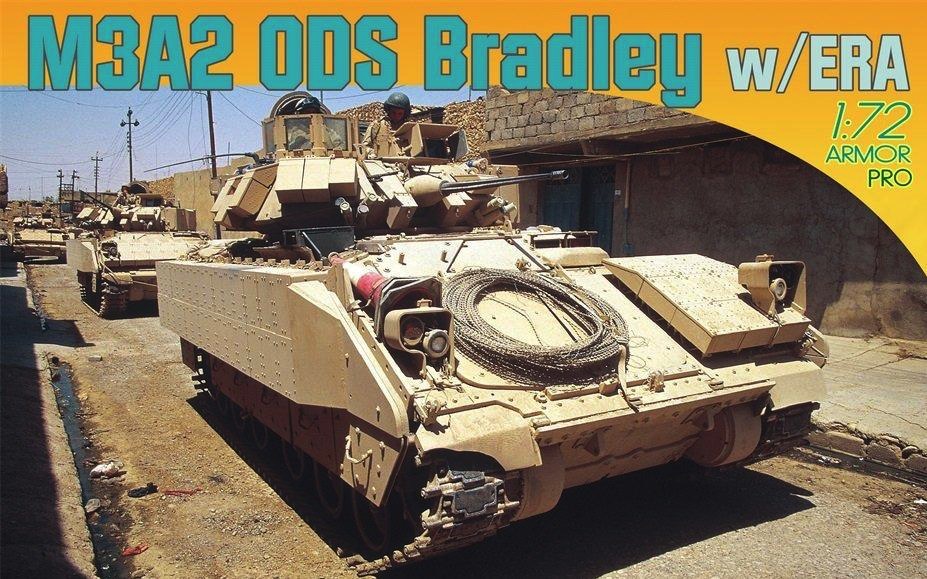 The M3 Cavalry version operates with a crew of three, plus two scouts. The Bradley IFV made its combat debut in 1991 in the Gulf War with very favorable results and an operational readiness rate of 90+%. The updated ODS (Operation Desert Storm) version of this United Defense vehicle incorporated such improvements as a laser rangefinder, GPS-based TacNav, new gun barrel, and a rearranged troop compartment. To provide further protection, an ERA (Explosive Reactive Armor) kit consisting of 105 box-shaped tiles was designed by GDLS and Rafael, and these are fitted as standard in Iraq.

Each of the reactive tiles is fully represented to give the Bradley its unique look, and to allow modelers to create a vehicle serving in Iraq. It also offers the special armor added around the commander's station to provide him with 360 degree protection. As per usual, this contemporary kit also includes a range of photo-etched parts offering heightened levels of detail. And also new-tooled backpacks are offered. This kit is a perfect travelling companion to the M2A2 released at the same time.