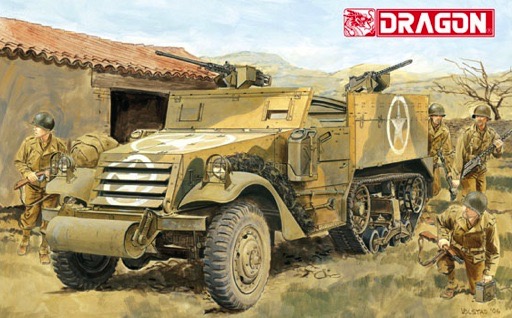 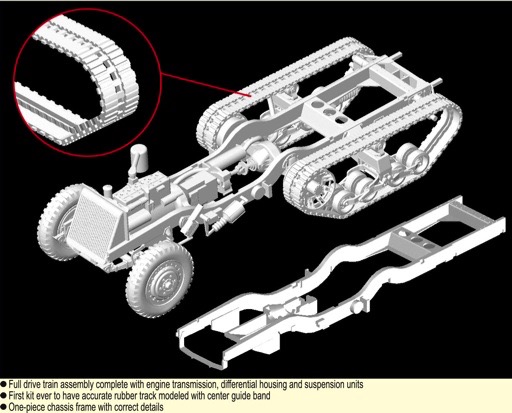 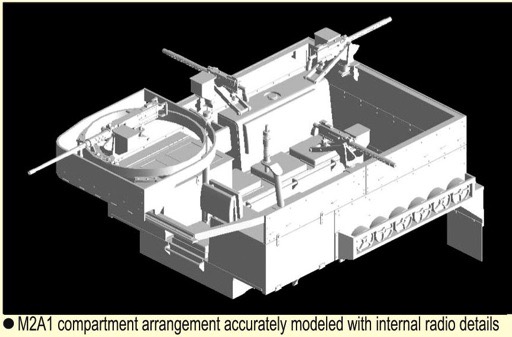 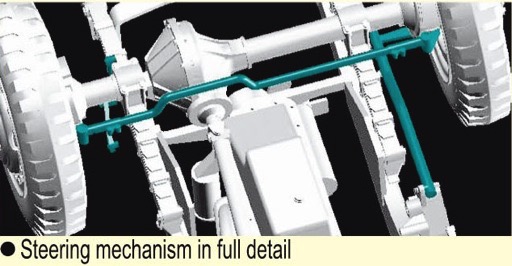 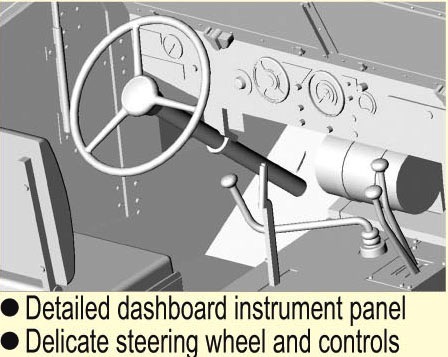 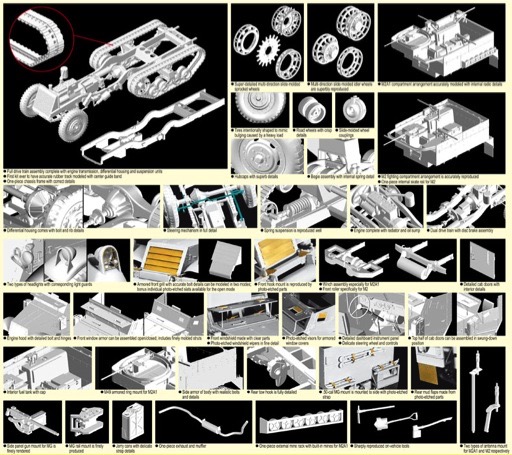 Dragon is launching a fantastic new 1/35 kit of the M2 half-track. Modelers will find that this new Smart kit showcases the latest in modeling manufacturing with Dragon's benchmark accuracy and clever use of technology. All toolings are brand new, and based on careful measurements taken directly from surviving vehicles. The highly detailed kit is packed with special features and options, with widespread use of slide molds and photo-etched metal components. In fact, it is a 2-in-1 kit, since the M2A1 can also be produced from the box contents.

There was a major difference between the M2 and M2A1 the former had a skate rail for AA machine guns fitted around the inner edge of the rear compartment, while the M2A1 eliminated the skate ring and had an M49 ring mount for a .50-cal machine gun located in a "pulpit" over the co-driver's seat. It also had three pintle mounts in the rear for a .30-cal machine gun. Either of these vehicles can be fully built up, since all necessary parts for both vehicles are included.

With the smallest nut and bolt detail beautifully replicated, the latest slide molds and photo-etched metal components utilized, it is the best 1/35th M2/M2A1 kit to have in your collection.

Front: Fighting Compartment: Rear: Tires and Tracks: Chassis: About the M2A1/M3:
Based on the M2A1/M3 scout car, the M2 series of half-track was originally intended as a reconnaissance vehicle and prime mover for the 105mm howitzer. This American half-track could accommodate ten passengers in the rear compartment, even though it was shorter than the later M3 half-track. Total production of the M2 series half-track reached 13,058, making this an immensely important Allied vehicle.