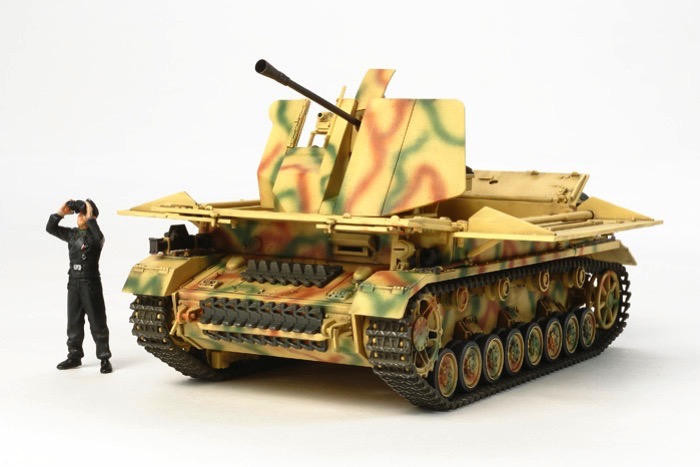 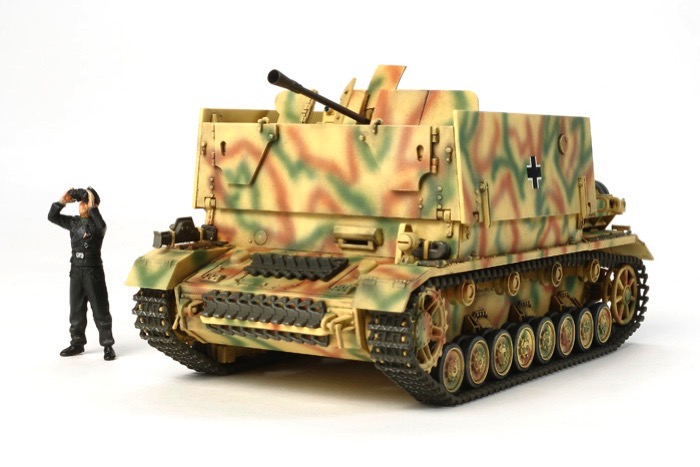 In the latter half of World War II, the Wehrmacht, having lost air superiority to the Allies, rushed to develop anti-aircraft vehicles. One of these was the Mobelwagen, which was the first self-propelled anti-aircraft gun that utilized the Panzer IV chassis. The prototype, which was equipped with four 2cm Flak guns, was completed in December 1943 and the mass production version, which was equipped with a single, more effective 3.7cm Flak43 capable of firing 250 rounds per minute, was put in production in February 1944. The four large armor plates surrounding the superstructure of the vehicle could be lowered to 60* in anti-aircraft firing position and lowered completely to enable an unimpeded horizontal field of fire against ground targets. By March 1945, a total of 240 vehicles were produced, most of which were deployed to the Western front to defend against Allied fighter-bombers. The Tamiya 1/48 scale assembly model uses all the latest historical data to faithfully reproduce the model kit for history buffs and model enthusiasts