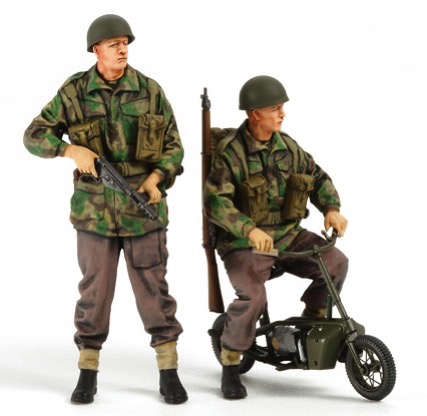 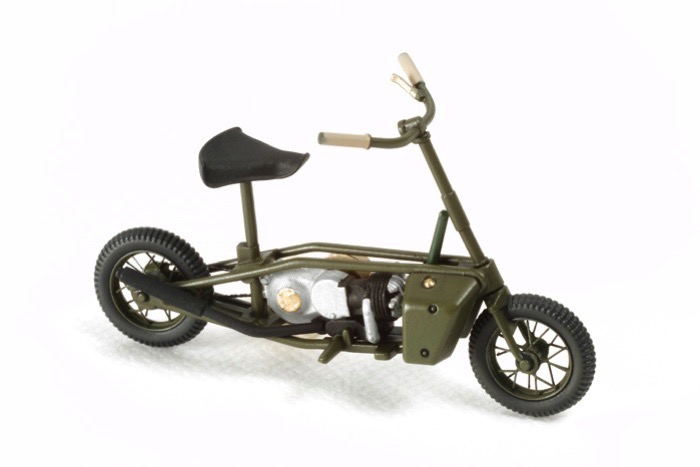 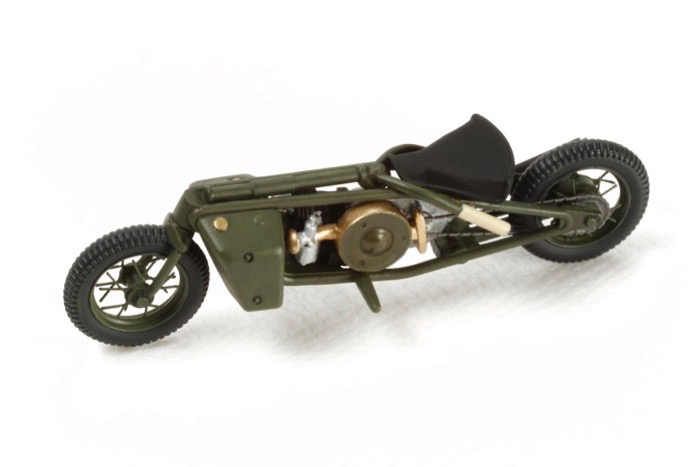 This kit includes 4 British paratrooper figures and 2 small folding motorcycle models in 1/35 scale. The motorcycle was originally developed for the British Special Operations Executive (SOE). Between 1942 and 1943, around 3,600 motorcycles were produced, and were largely distributed to the 1st and 6th Airborne divisions. Thanks to their folding mechanism, they could be packed snugly into small containers and air-dropped so that the paratroopers could use them upon landing. They were employed in the Normandy landings.