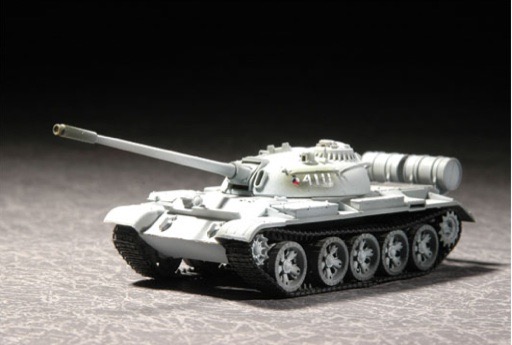 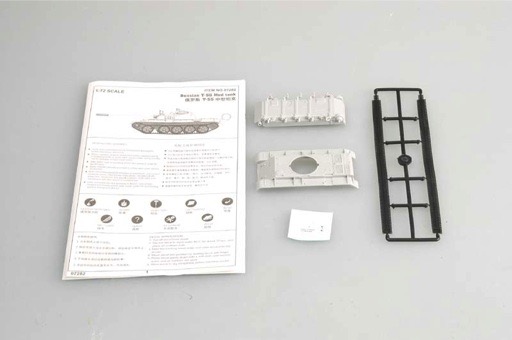 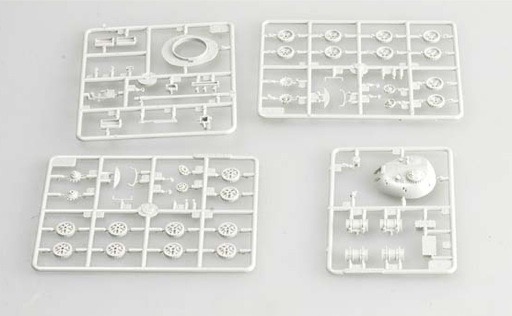 The layout of the T-54 is conventional, with the main armament comprising a 100mm rifled gun. The T-54 has been used more than any other tank since the Second World War. It is intended for combat actions involving tanks, combat vehicles, armoured personnel carriers and other armored enemy targets. The T-55 combines a high velocity gun with exceptional long-range endurance. The T-55 has a fully tracked, five-road-wheeled chassis with a low-silhouetted hull and a dome shaped turret. The T-54 series tanks first appeared in 1949 as replacements for the T-34 tank of World War II. The first T-54 prototype was completed in 1946 with first production beginning in 1947. The T-54 was continuously improved and modified, and, when sufficient changes had been made, the tank was redesignated T-55. The T-55 was introduced in 1958 and incorporates all the refinements and improvements of the fully developed T-54 series without being radically different in design or appearance. The T-55A appeared in the early 1960s. Production continued in the Soviet Union through 1981 and was also undertaken in China (as the Type 59), Czechoslovakia and Poland.