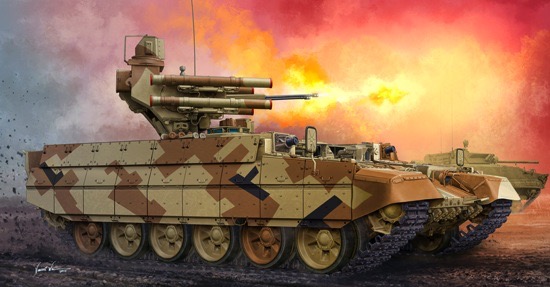 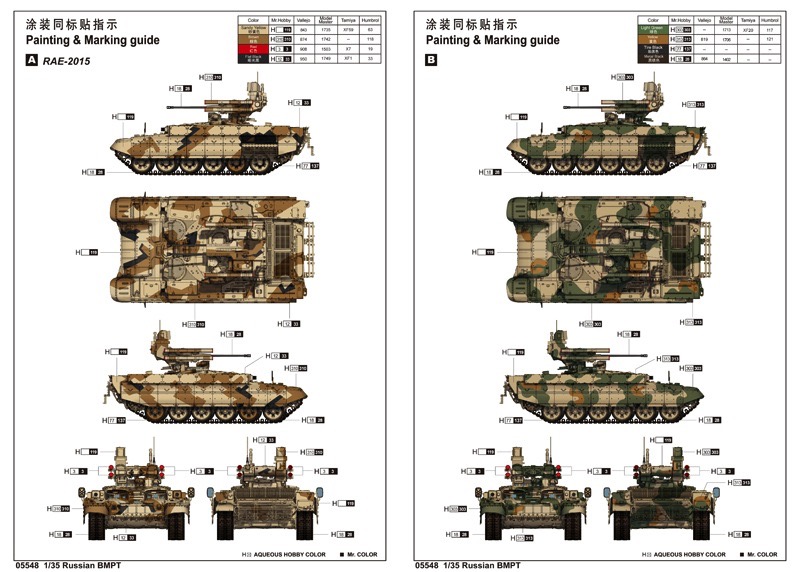 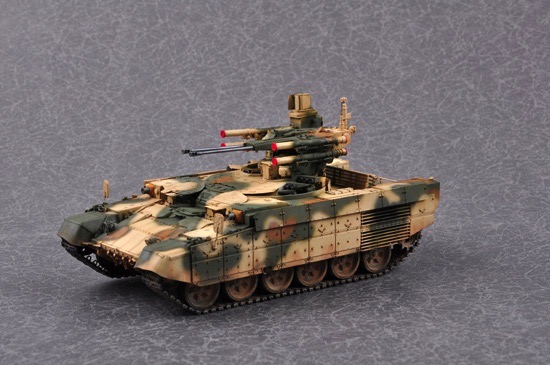 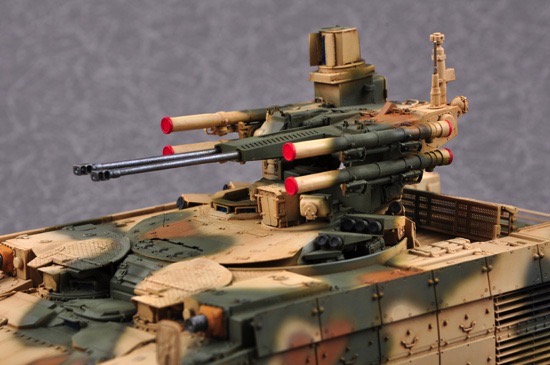 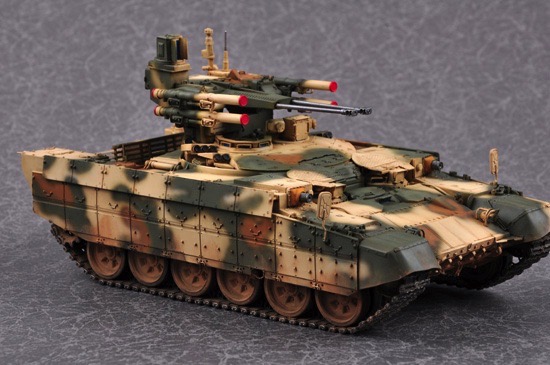 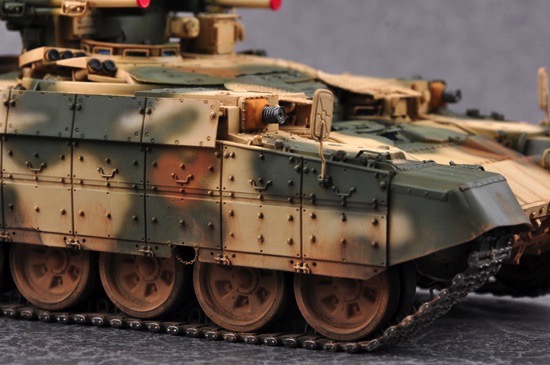 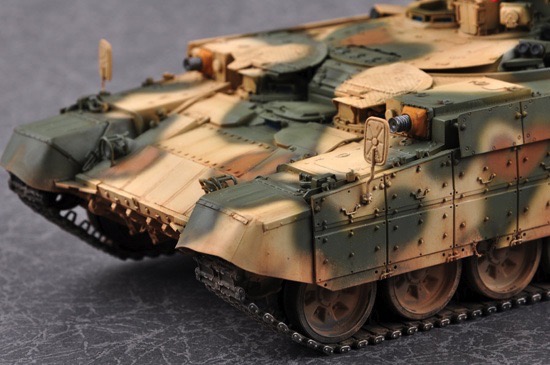 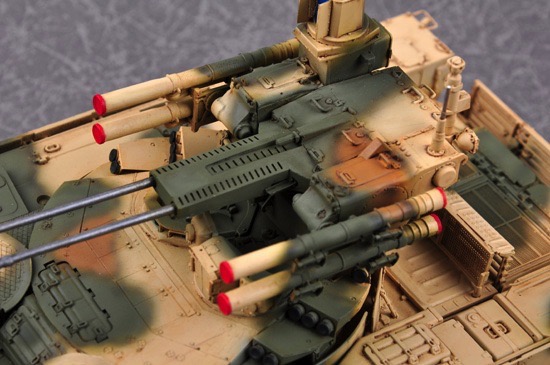 The BMPT "Ramka" is a new Russian armored vehicle designed to support tank and infantry operations, primarily in urban areas. This vehicle is sometimes nicknamed the "Terminator".

The BMPT is based on the chassis of the T-72 which is used in large numbers by the Russian Army and has been manufactured under license by many other countries. The rear of the driver's compartment, at the front of the vehicle, has been raised, providing greater internal volume. A new mount is equipped with two 30 mm 2A42 dual-feed cannons with a cyclic rate of fire of up to 600 rds/min. A total of 850 rounds of ready use ammunition can be carried. The cannon can fire a wide range of ammunition types including: High Explosive - Tracer (HE-T), Armour-piercing discarding sabot (APDS), High Explosive Fragmentation (HE-FRAG) and Armor-Piercing - Tracer (AP-T). A 7.62 mm machine gun is mounted coaxially with the main armament. Four launchers for the Ataka-T anti-tank guided missile (ATGM), which can fire a variety of different warheads, are mounted on either side of the main armament. These include a tandem HEAT warhead to defeat targets fitted with explosive reactive armour.