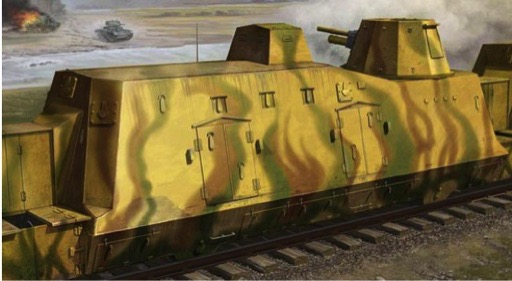 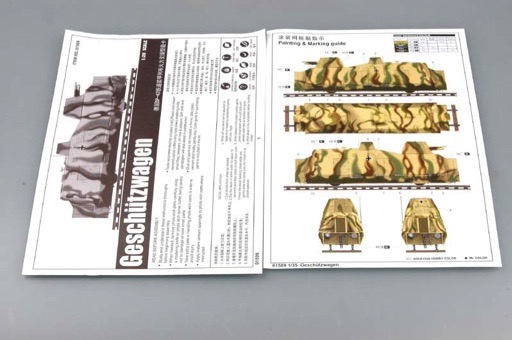 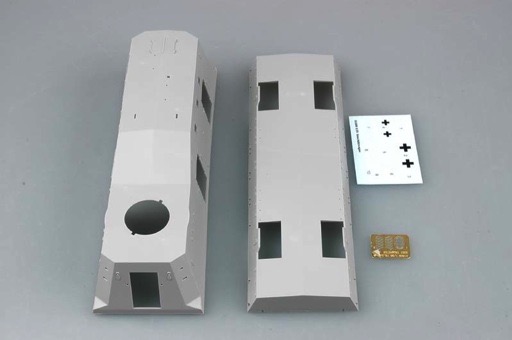 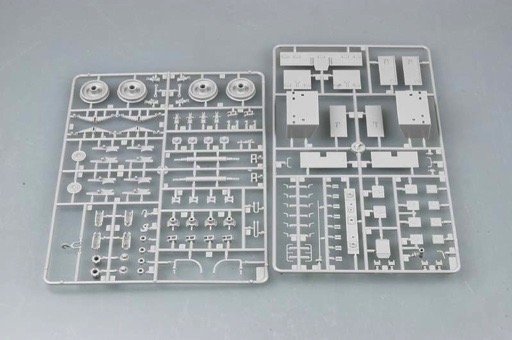 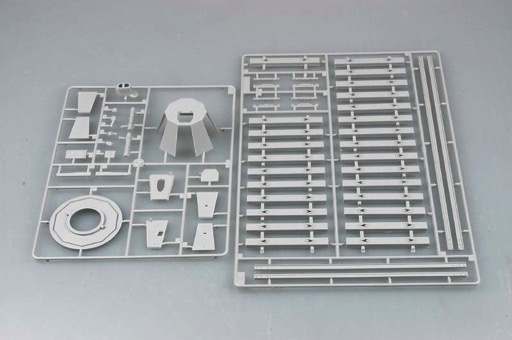 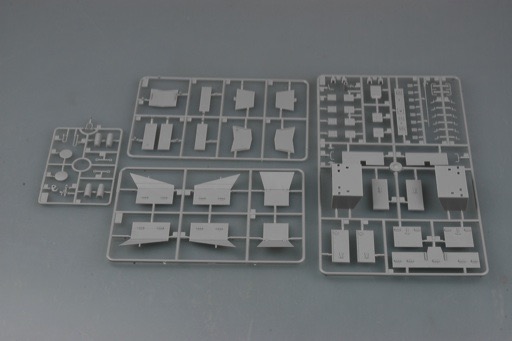 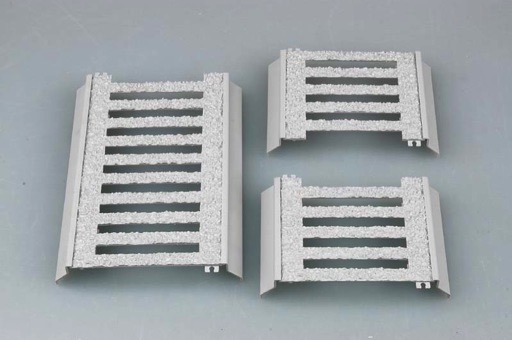 For the armored train units of Type BP42, the artillery was increased, following Russian and Polish examples, to four guns, which were not, though ,mounted two to a car as in the latter types, but one per separately built ten-sided rotating turret, in order to avoid too-great losses from a direct hit. The two halves of the train, before and behind the locomotive were identical and consisted of one artillery car with one 10cm le.F.H 14/19(p) gun, one command and infantry car and one artillery and anti-aircraft car with one 7.62cm F.K.295/l(r) and one 2cm anti-aircraft quadruple unit.