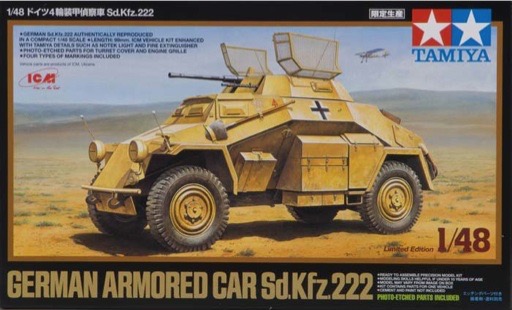 The 4x4 German armored car Sd.Kfz.222 was powered by a 80hp Horch V8 engine and came armed with a 20mm gun and a MG34 machine gun. From 1936 to 1943 (including all versions) approximately 990 were manufactured and were eyes of the Panzer divisions as they were mostly used as a reconnaissance vehicle throughout Europe and North Africa.