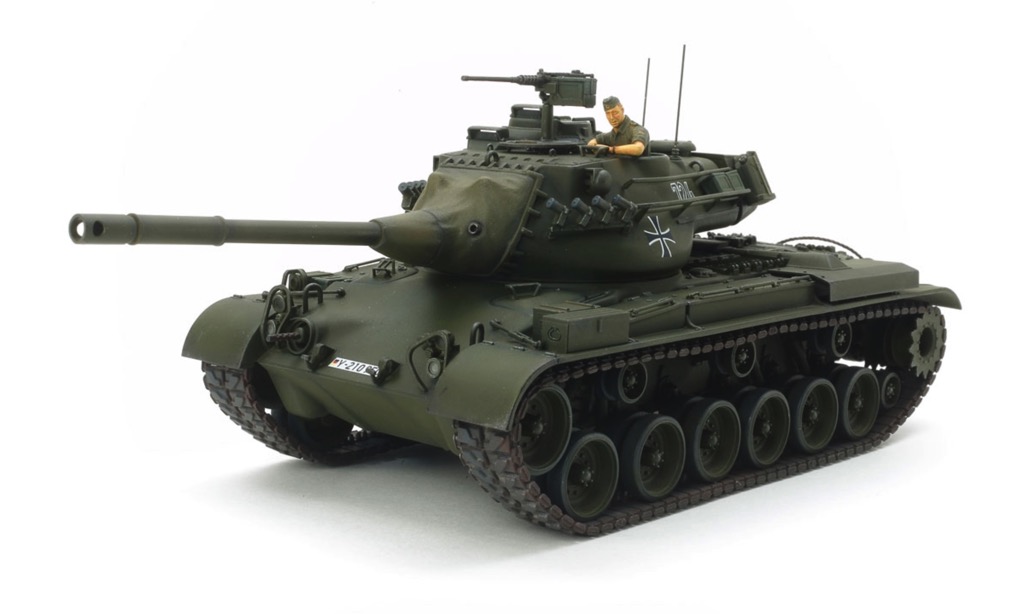 This kit is a Tamiya-Italeri Series collaboration. The kit itself is a significantly updated version of the original Italeri M47 Patton combined with Tamiya figures, machine gun parts, plus new West German markings and parts, as well as Tamiya instructions. The M47 Patton began deployment in 1952, but was rather quickly superseded by the M48; M47s were thus supplied by the U.S. to friendly nations in the west such as Italy and West Germany.