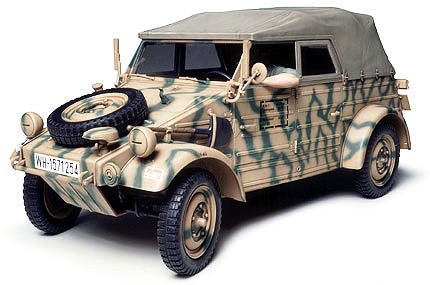 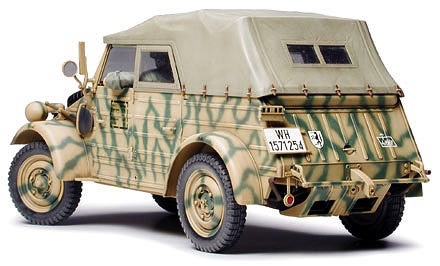 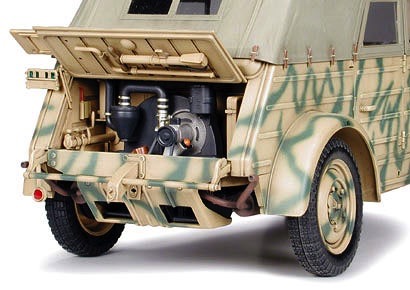 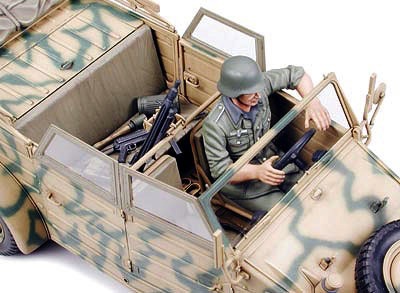 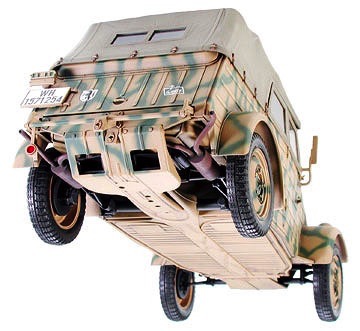 About the Kubelwagen Type 82
The Kubelwagen was originally designed as a civilian vehicle, but after German militaristic expansion and mobilization in the late 1930's plans were soon made for a military version. After the poor performance of the Kubelwagen Type 62, an improved model designated Type 82 went into mass production in 1940. The Kubelwagen Type 82 featured a trustworthy 4-cylinder, horizontally opposed, air-cooled engine, capable of 23.5hp at 3000rpm and provided a top speed of 80km/h. Over 50,000 Kubelwagens were produced by the war's end. From the searing heat of the North African Front to the blistering cold of the Russian Front, the Kubelwagen Type 82 was used for reconnaissance and communications purposes.