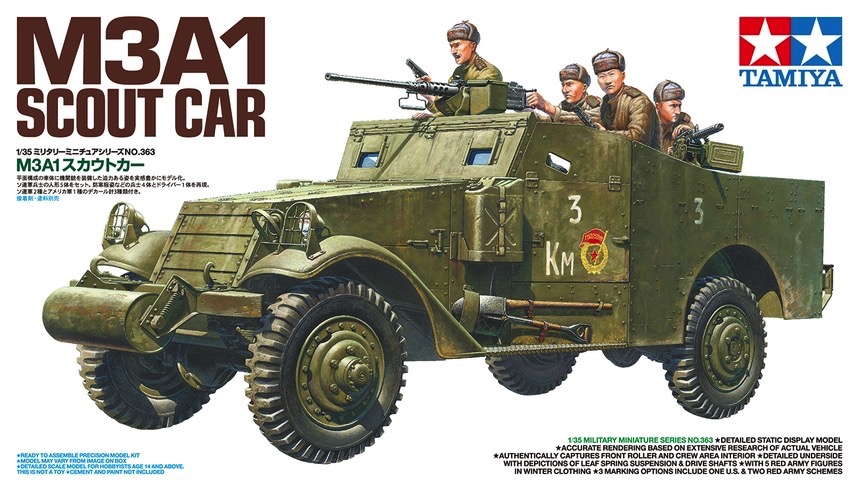 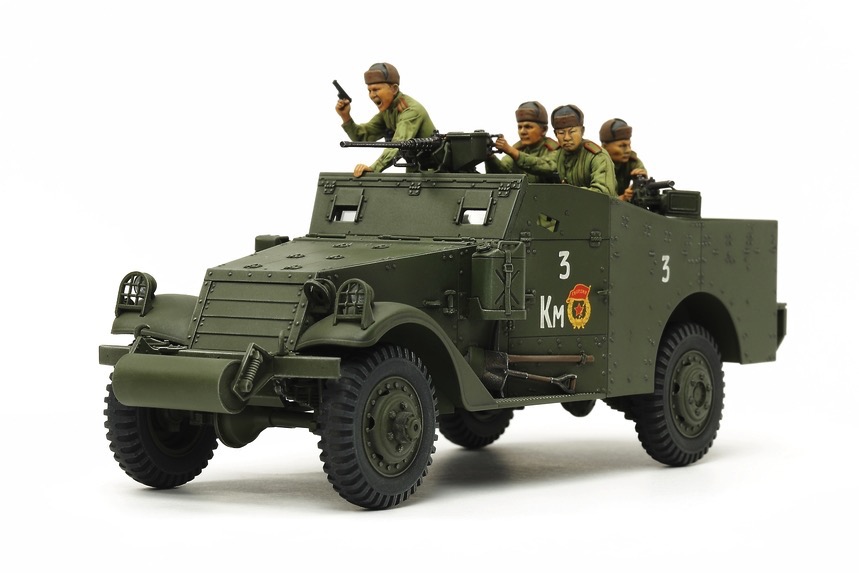 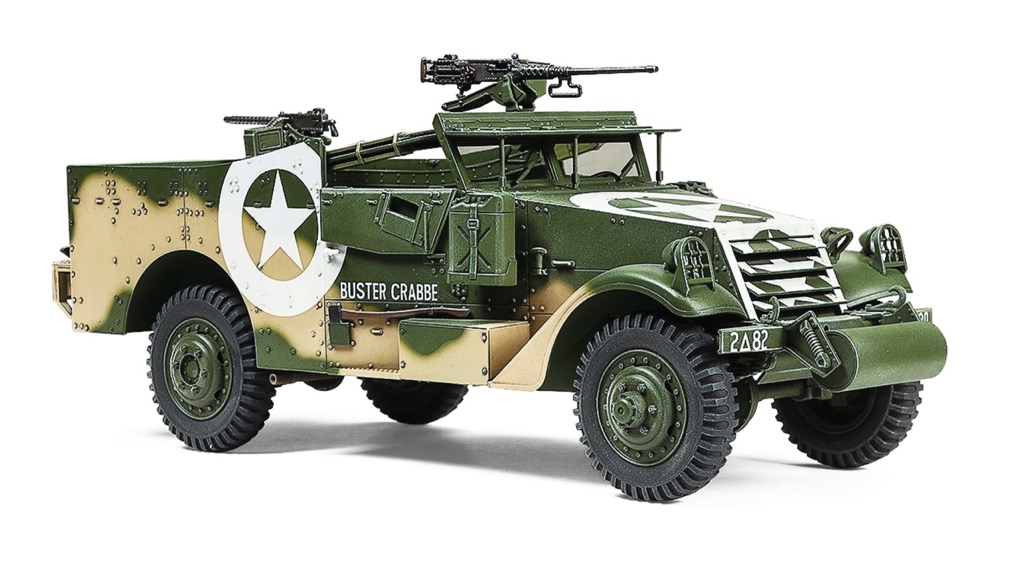 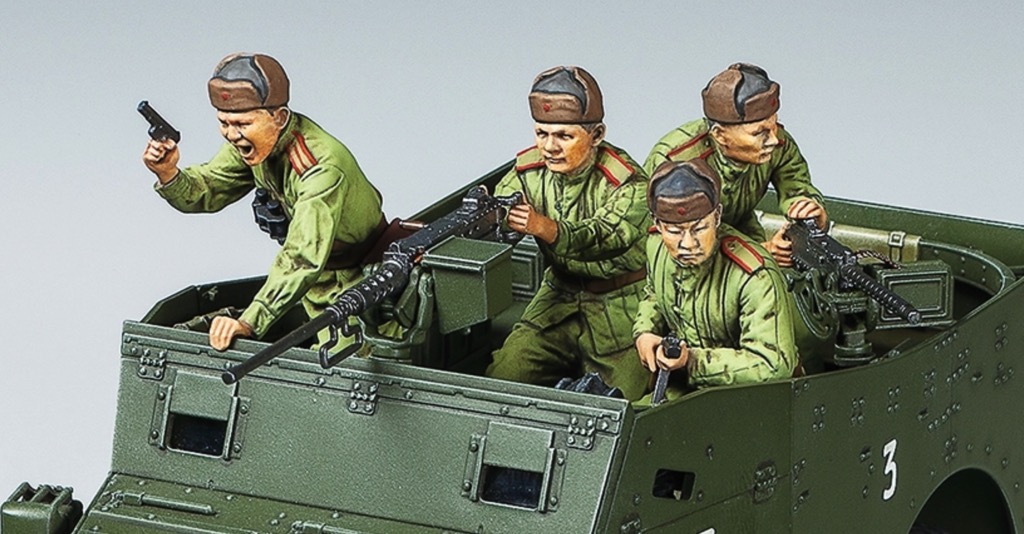 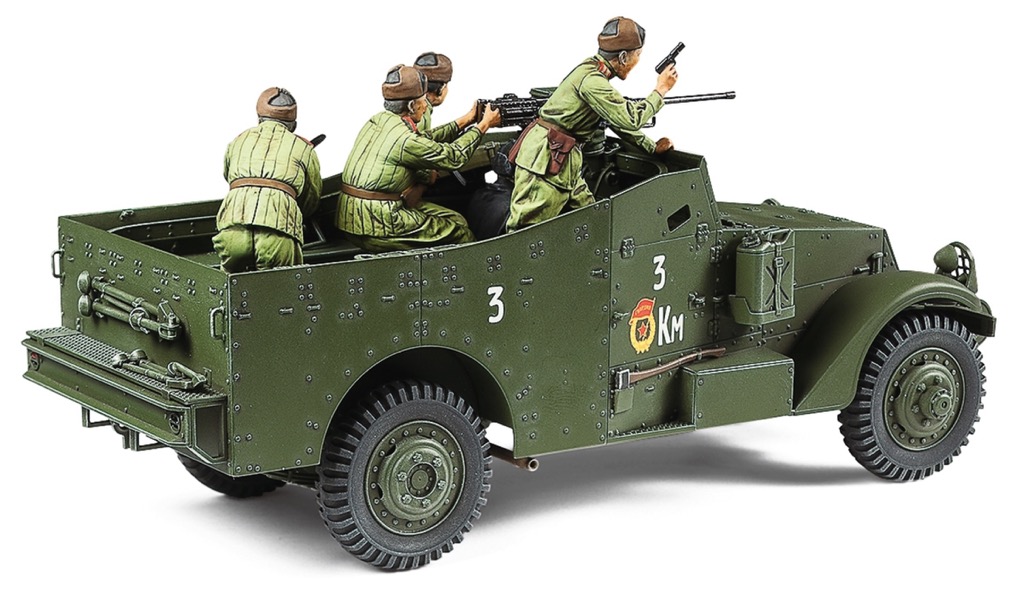 This is a scale model replica of the M3A1 Scout Car. It promises to be a great stand-alone model or make for an essential diorama piece in a bigger modeling project. Around 21,000 of the actual car were built, a vital cog in the setup of U.S. forces and those Allies (Britain, Soviet Union, Free France, China and more) who received it under "lend-lease." Lightly protected with mainly 6.4mm armor, with a top road speed of 80km/h, it had one 12.7mm and two 7.62mm machine guns, could seat six in addition to a driver and commander, and was often deployed in recon and command car roles, in North Africa, Sicily, and on the Eastern Front.