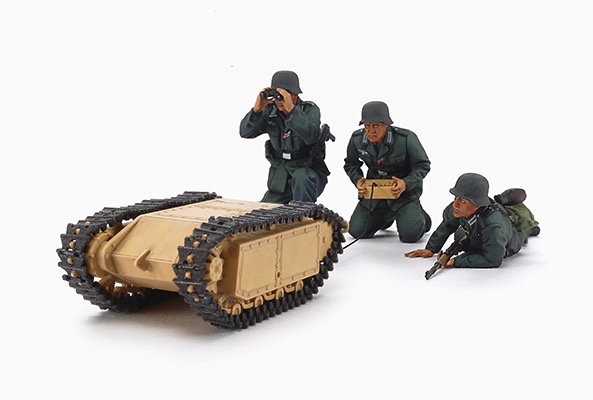 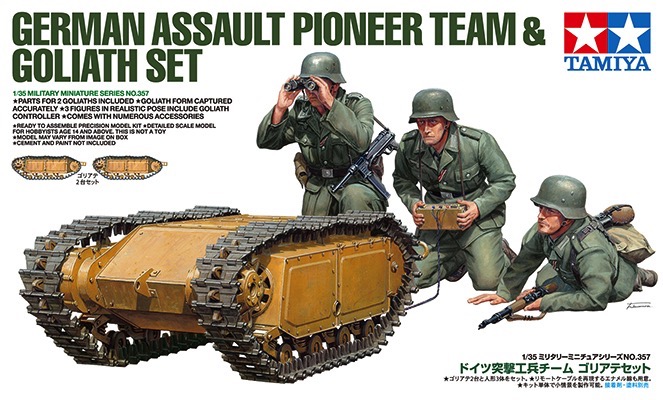 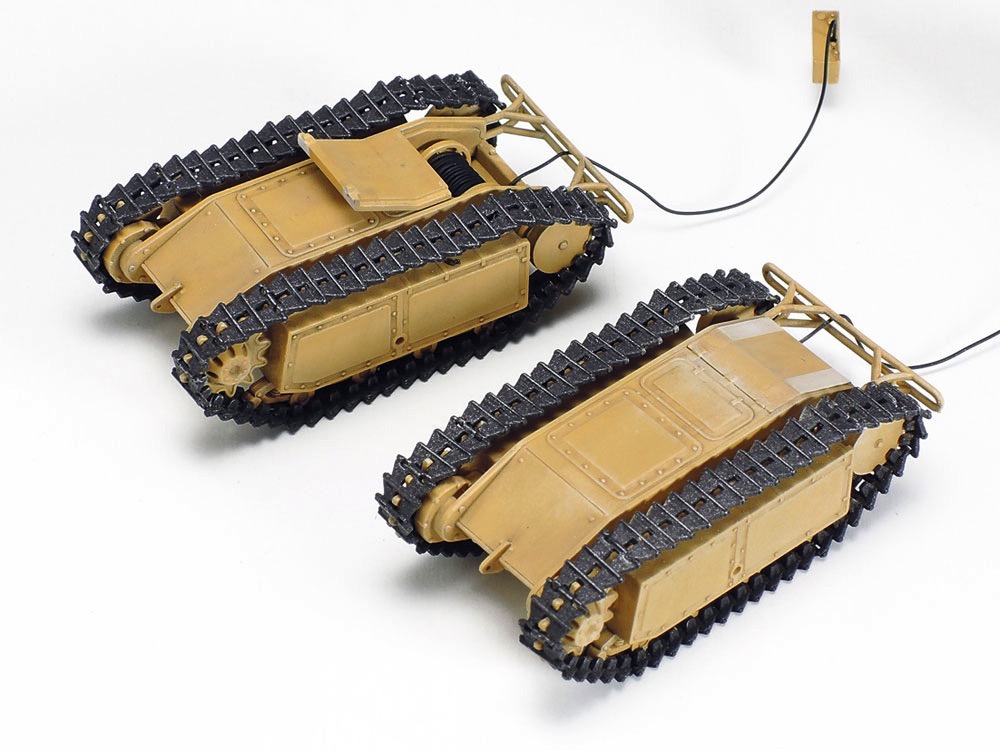 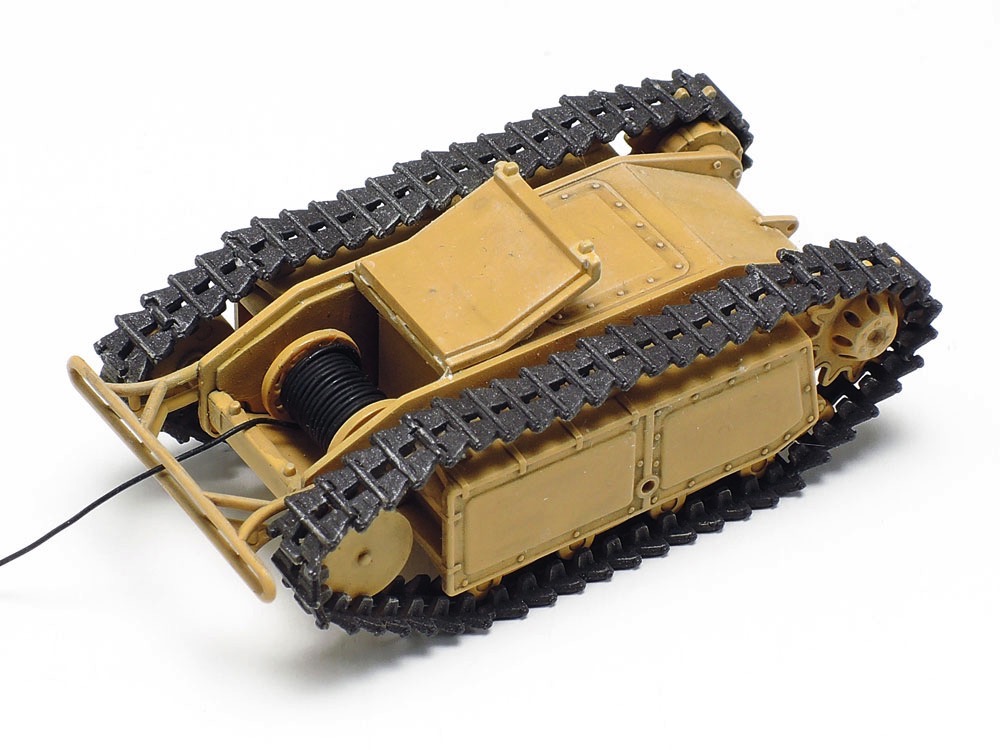 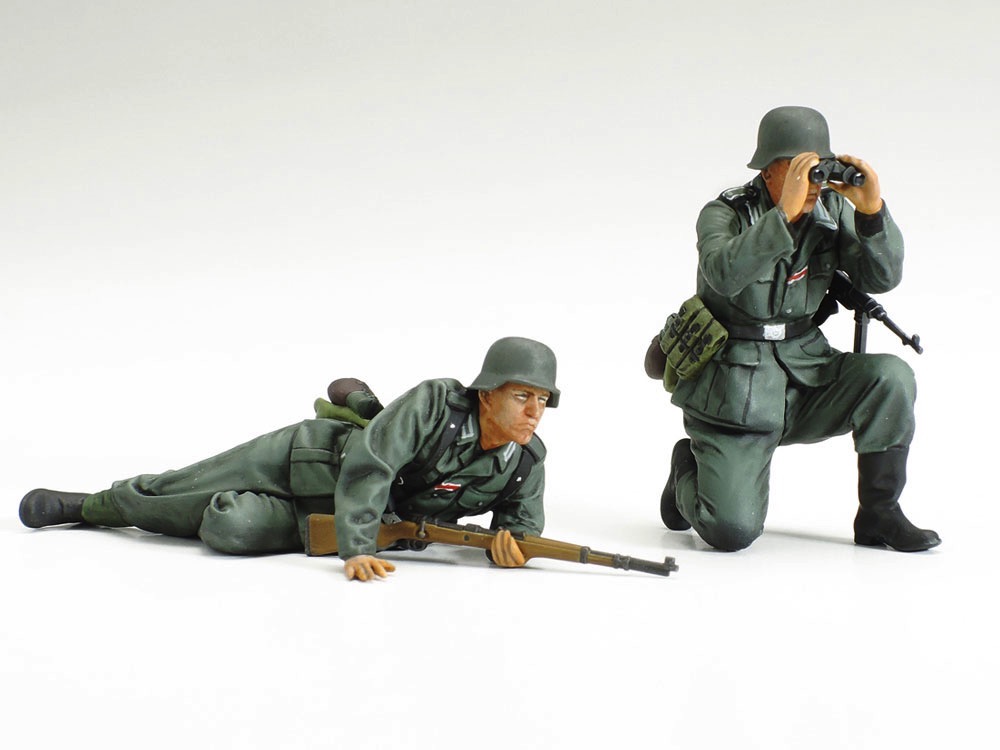 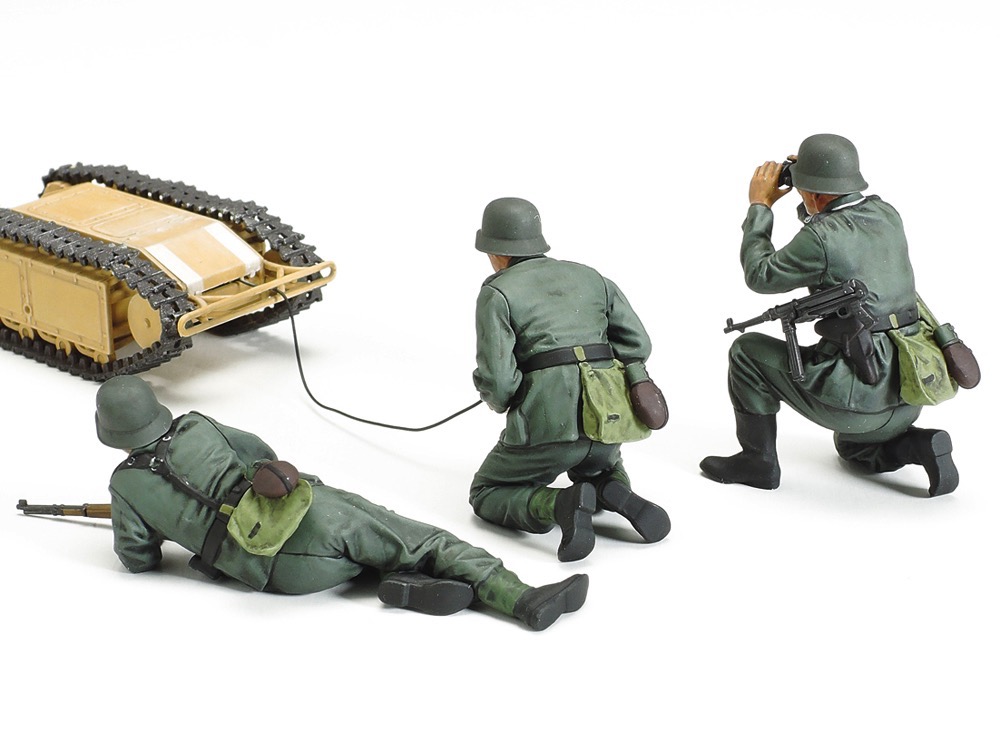 Available(Ships in 2-4 business days)
This product is in stock
at our suppliers, if ordered it
will take a few days to arrive.List price: $19.00
You pay less than: $19.00
Add to cart to see actual sales price.

This 1/35 scale model recreates the Goliath. It was a diminutive tracked vehicle about 1.5m long that could carry up to 60kg of light explosives and was remotely controlled via 3 cables that spooled out of its rear. Some 7,564 were produced in all, split between 12V battery and gas engine-powered variants. They were largely deployed by assault pioneer (Sturmpionier) units, and were hoped to give the advantage of surprise. They were used on all fronts including German counters to the allied invasions in Normandy.