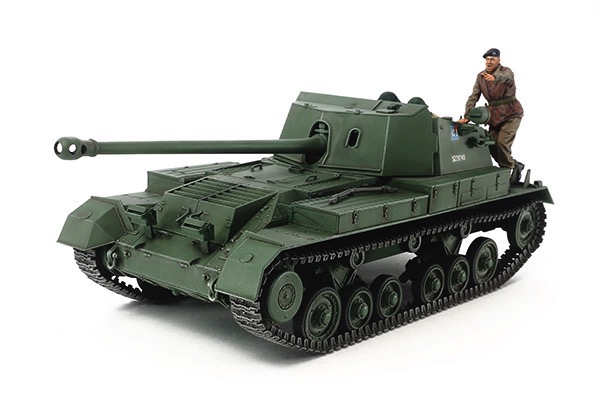 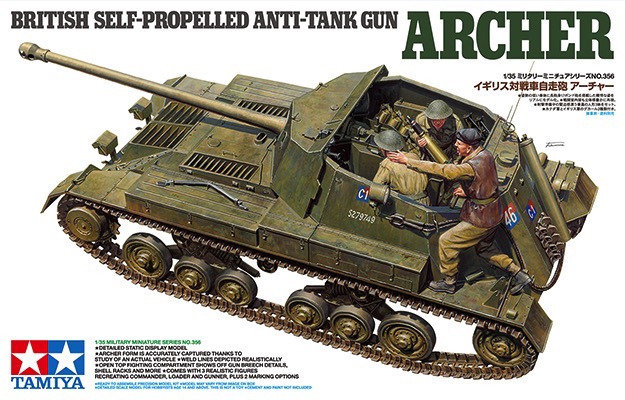 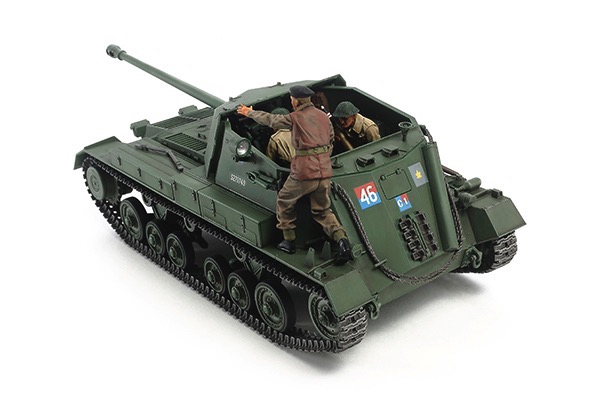 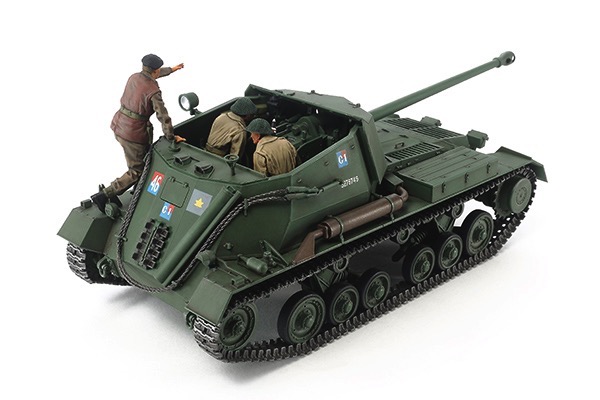 Backordered (Sign up for an email
notification when it's
back in stock!)List price: $66.00
You pay less than: $52.80
Add to cart to see actual sales price.

This model assembly kit recreates the British Army's Archer. As WWII progressed, British troops found that their 2-pounder and 6-pounder guns were being rendered obsolete by German armor, and planners decided to develop a vehicle using the powerful 17-pounder (76.2mm) gun. The vehicle chosen to mount the gun on was the Valentine; the turret was removed and replaced with a fighting compartment - this would be known as the Archer. Interestingly, as there was little time to re-organize the cramped layout, the 17-pounder had to be mounted pointing rearwards to fit it in. As a result, the Archer moved and fired in opposite directions. However, it offered strong performance and served with British and Commonwealth units from October 1944 till the end of WWII. The British continued using it until the early 1950s.