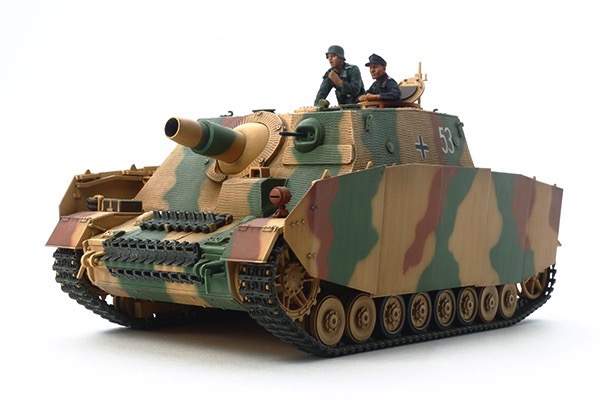 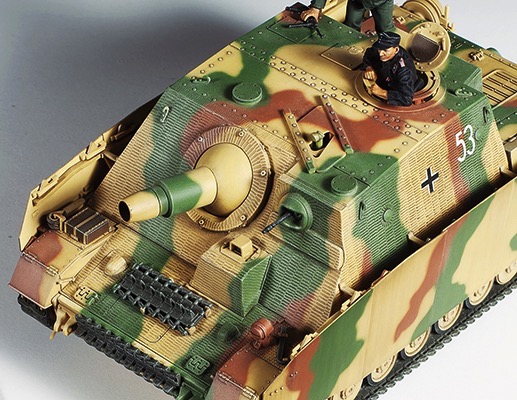 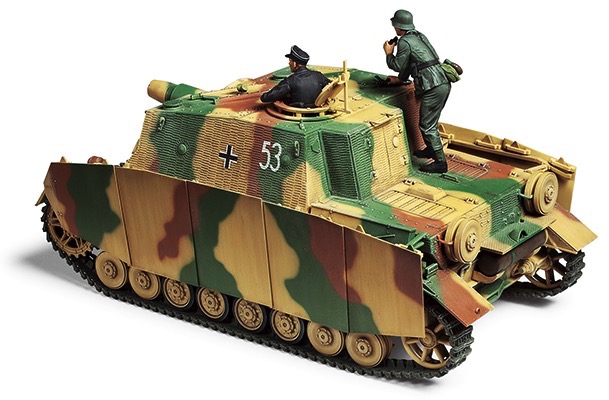 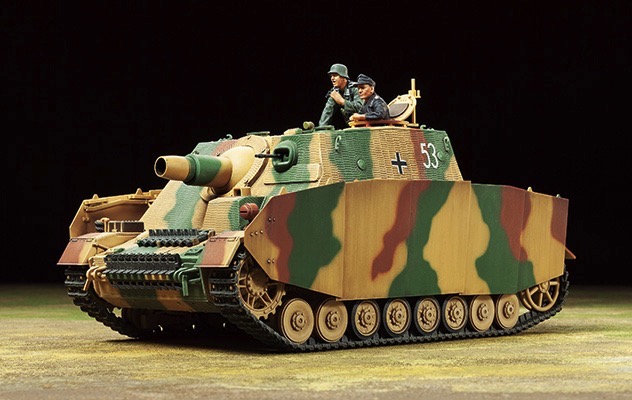 Backordered (Sign up for an email
notification when it's
back in stock!)List price: $56.00
You pay less than: $44.80
Add to cart to see actual sales price.

The Brummbar is a 15cm howitzer-toting assault tank (Sturmpanzer). It was built on the reliable and versatile Pz.Kpfw. IV chassis. It was ordered by Hitler himself, and produced in various incarnations from April 1943 to March 1945. The most numerous was the late production variant depicted by this model. It used the Pz.Kpfw. IV Ausf.J chassis and had a simplified boxy fighting compartment with an extrusion on the top-left to house a machine gun. In a losing battle, its dedicated Assault Tank Battalions fought in Hungary and the former Czechoslovakia.