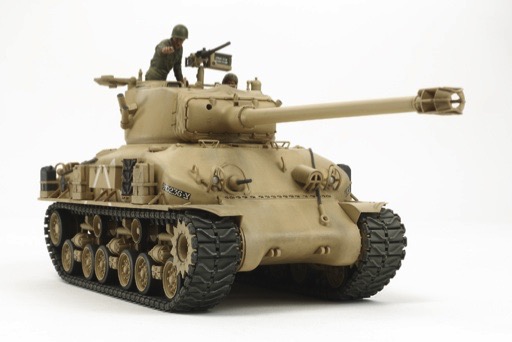 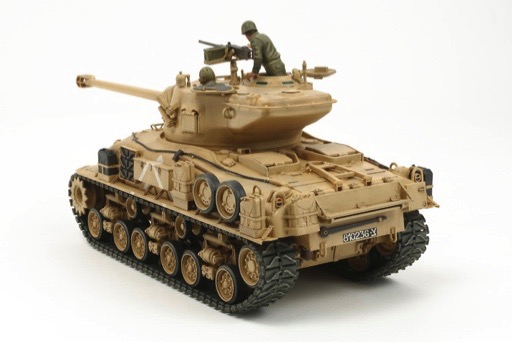 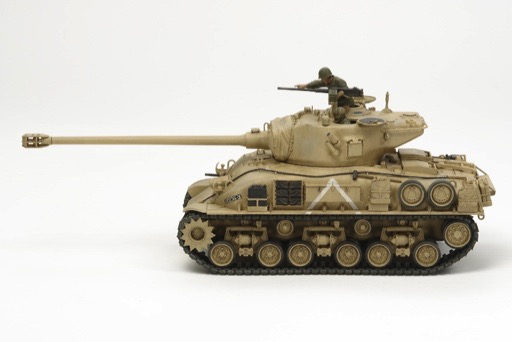 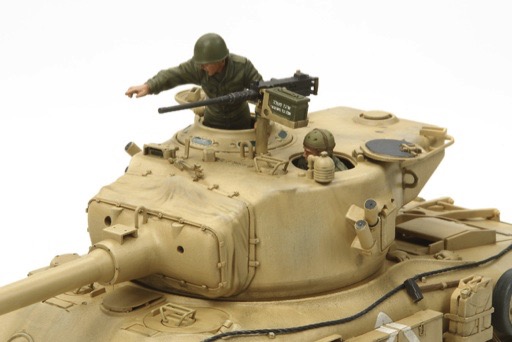 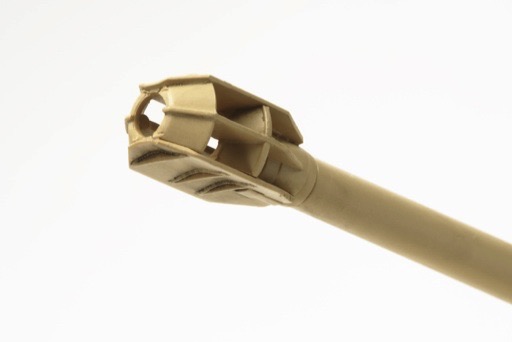 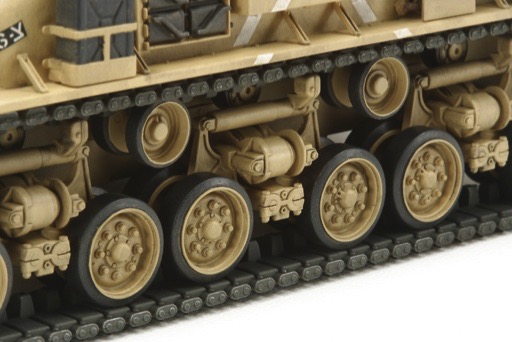 During the 1960's, the Israeli Ordnance Corps upgraded their M4A1 Sherman tanks by equipping them with the powerful French 105mm CN-105-F1 tank gun and they were redesignated as M51s. The larger gun meant a muzzle brake was installed to minimize the greater recoil effect and a counterweight was fitted to the rear of the turret. The 460hp diesel engine and the combination of the Horizontal Volute Spring Suspension (HVSS) and wider T80 tracks gave the M51 improved mobility. During the Six-Day War in 1967, the M51s were used against newer T-54/55 tanks as well as JS-3 tanks from Egyptian, Iraqi, and Syrian armies. The M51's 105mm gun could take on these adversaries by using HEAT ammunition. After the war, these M51s continued to serve with distinction until they were finally retired in the early 1980s.