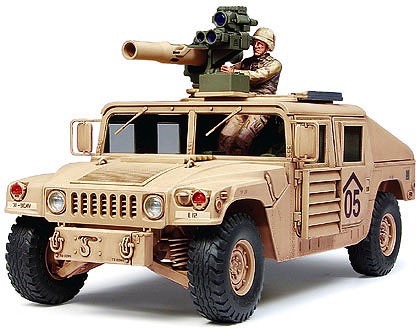 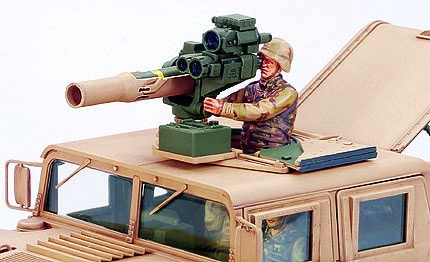 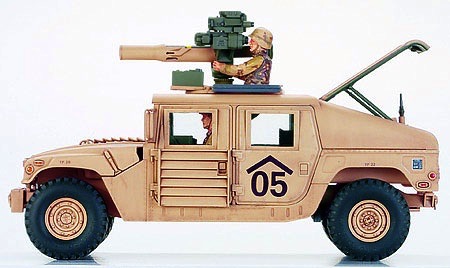 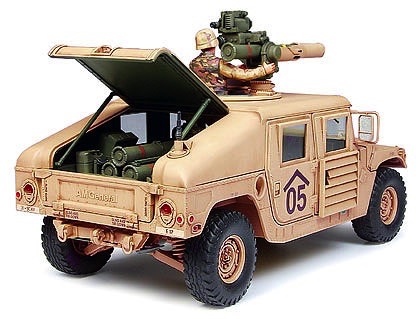 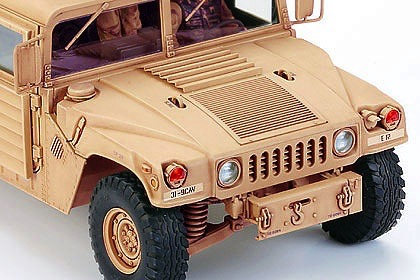 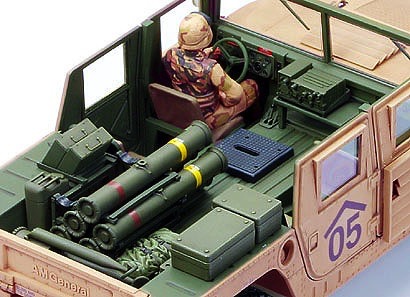 DISCONTINUED This product has been discontinued
and is no longer available.List price: $51.00
You pay: $34.69
(All prices in U.S. Dollars)

Tamiya presents a plastic assembly kit for the M1046 Humvee TOW Missile Carrier, a vehicle that in March 2003, was used on the front line in Iraq supporting the 3rd Armored Infantry Division and the 1st Marine Division as they pushed there way to Baghdad. The kit comes fully equipped with extra attachments to accurately replicate the real vehicle.

About the M1046 Humvee TOW Missile Carrier
The Humvee was designed for durability, superior off-road handling, and versatility. The first Humvee deployed by the US Military in 1985 featured many different variations including a cargo or troop transport vehicle, armament carrier, and a rescue vehicle. The M1046 featured a self-recovery winch in the front, reinforced doors and a TOW anti-tank missile launcher mounted on the roof. TOW is an easy to operate advanced anti-tank missile launcher that has been deployed in over 40 countries since 1970. M1046 has room for 6 TOW missiles in the back and seating for four personnel. First deployed to the Gulf War and later to conflicts in Bosnia and Kosovo for fire support, the M1046 demonstrated strong firepower and exceptional mobility during 2003 Operation Iraqi Freedom.