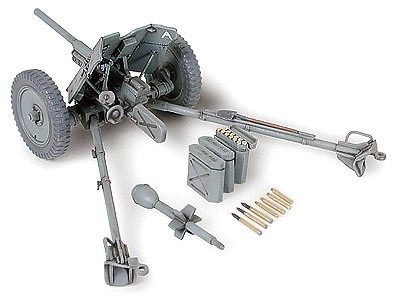 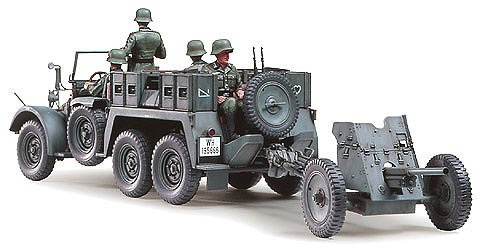 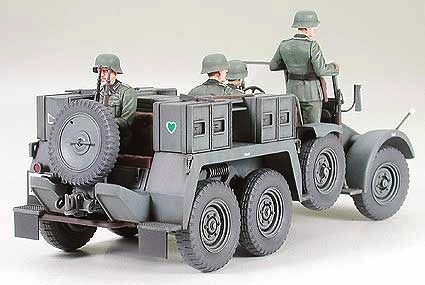 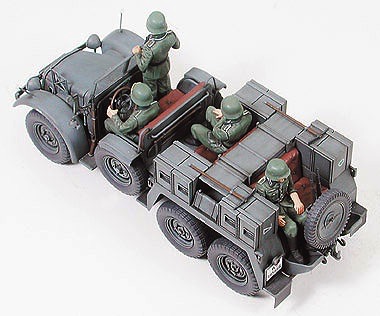 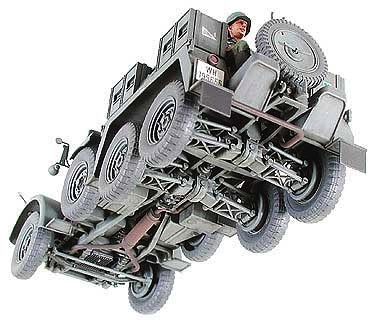 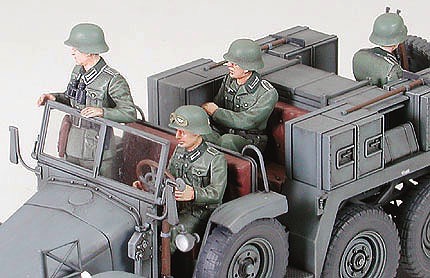 Krupp Protze
As Germany mobilized its military after Hitler's seizure of power in 1934, the Wehrmacht's Weapons Department began transforming civilian vehicles into military vehicles. One light (1.5t and under max. load) truck that was selected was the Krupp Company's L2H43. Popularly known as the "Boxer" because of its air-cooled flat-four square 4-cylinder engine, the L2H43 was massed-produced from 1933. This truck was capable of speeds up to 70km/h. In 1936, this truck had its horsepower improved from 55hp to 60hp with the development of the L2H143 version. This later version underwent various improvements, and various versions such as the personnel transport Kfz.70 were seen. Kfz. numbers were used to designate military transport vehicles (Kfz. 1-30 refer to passenger cars, while Kfz. 31-100 designate trucks). The type refereed to as the Krupp Protze Kfz.69 was designed to tow a 3.7cm PAK 35/36 anti-tank gun and could be fitted with ammunition cases. "Protze" was the German military term used to describe the front-towed carriage was used to carry ammunition and gunner, and would have a cannon hitched to its rear. From the start of WWII, the Krupp Protze Kfz. 69 was employed as standard equipment in anti-tank artillery divisions and was actively deployed to battlefronts in France, Poland, the Balkans, and Russia.