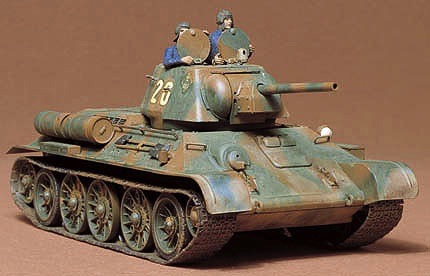 In "Operation Citadel", the last huge-scale "T-34/76 Tank 1943 Model" after the year 1943 staged severe tank-to-tank fighting against new and powerful German tanks such as the "Panther" and "Tiger". In the Prokhorovka area, T-34 tanks of 1943 model in the 181st Guard Tank Brigade under the Russian Fifth Tank Army fought against Tiger tanks of the picked German SS Tank Divisions "Adolf Hitler" and "Das Reich", and this was the largest-scale tank-to-tank fighting ever staged during the WWII. If the T-34 tank of 1942 model could be called "Stalingrad", the excellent 1943 model well claimed the name of "Kursk".