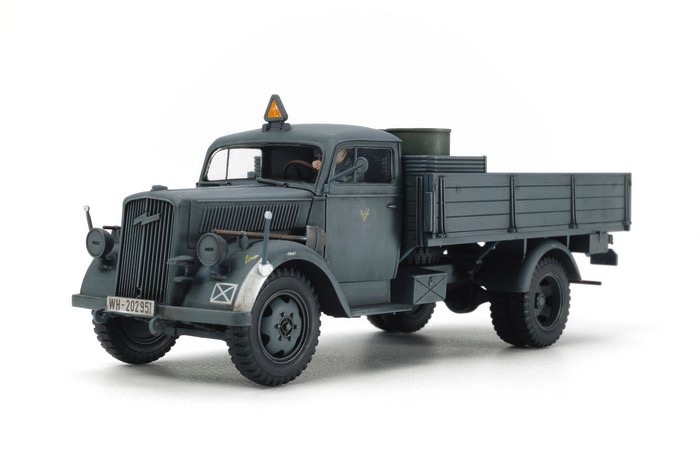 This model recreates a German cargo truck which served a crucial support role in armored units, transporting the personnel, fuel, ammunition and supplies which kept the forces going. The 3ton, 4x2 truck was powered by a rear-mounted 6-cylinder gasoline engine that provided 85km/h on roads and an impressive 35km/h on unpaved surfaces. It is estimated that some 78,000 were manufactured until July 1944, a figure which bears testament to the truck's utility and reliability.