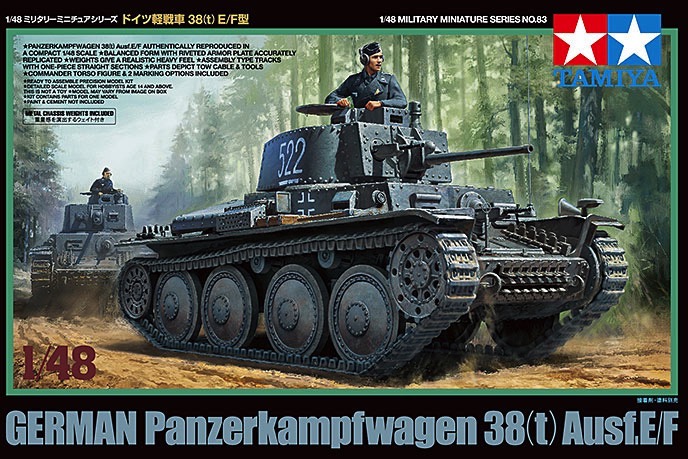 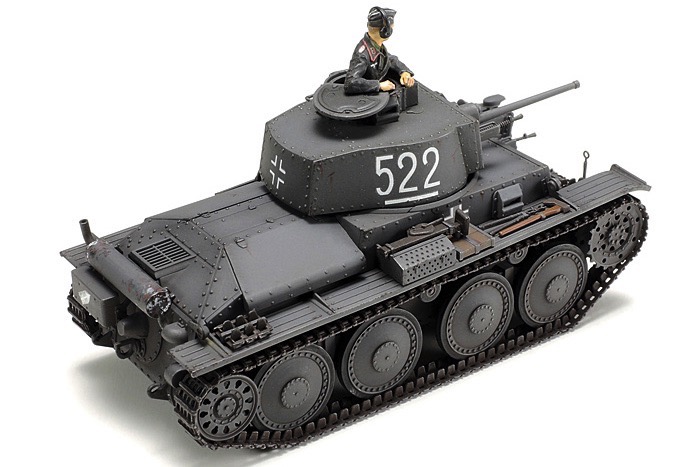 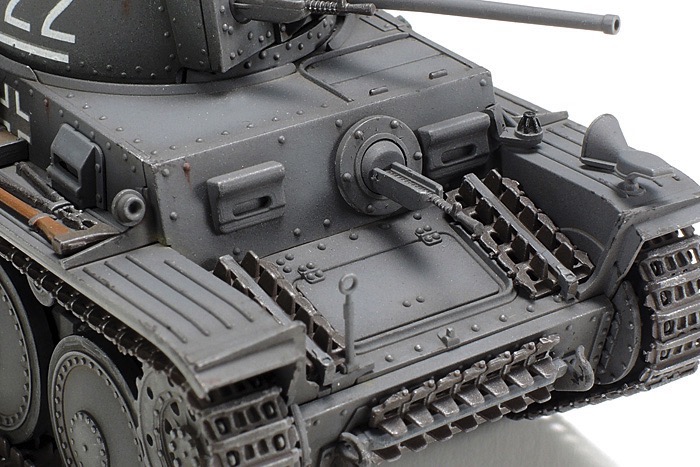 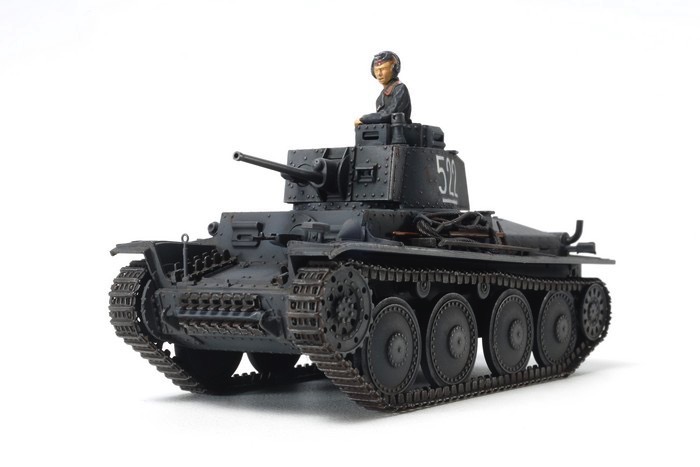 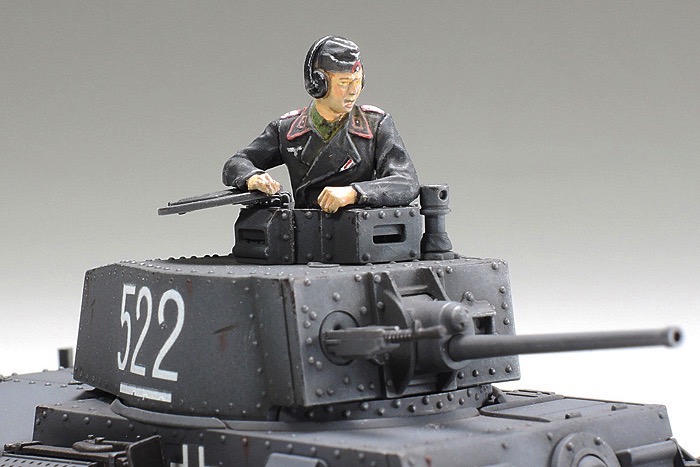 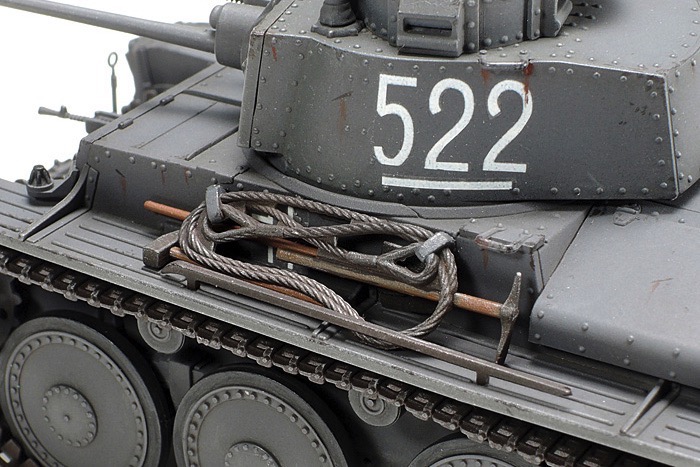 This is a model of the German light tank 38(t) in 1/48 scale. The 38(t) was designed and entered production for the Czechoslovak Army as the LT vz. 38, however before any could be delivered Germany occupied then divided the country. They rated the tank highly, ordering continued production of the initial lot of 150, renaming it the 38(t) with (t) denoting its Czech origin. It went on to serve as the front-line tank for the Wehrmacht in early WWII, from the initial operations in Poland up to and including Operation Barbarossa, the invasion of the Soviet Union in June 1941. It wielded a 37mm gun with 90 rounds on board, a coaxial 7.92mm MG37(t) machine gun, and another MG37 on the front left of the vehicle. 42km/h was squeezed out of the 6-cylinder engine. Ausf.E/F 38(t) variants featured doubled front armor thickness at 50mm, with 30mm on the hull and turret sides. 525 were produced in the period from November 1940 to October 1941.