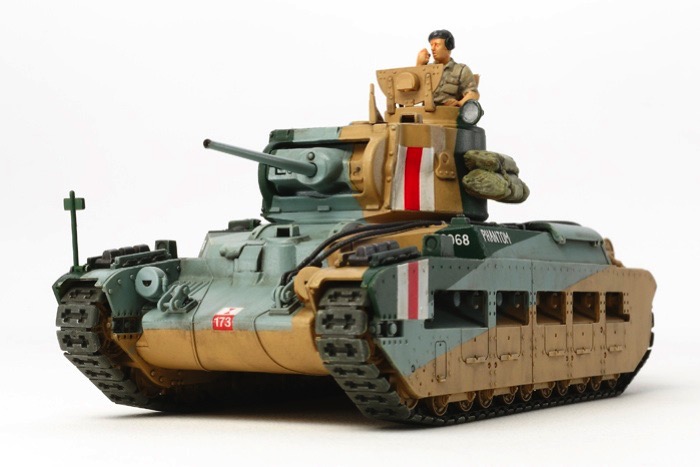 This is a 1/48 scale plastic assembly model of the British Matilda previously available in 1/35 scale. Historical background: The Matilda was developed as a heavily armored infantry tank and was one of the British Army's main tanks in North Africa during WWII. The Matilda swept aside opposing Italian tanks and was respectfully called the "Queen of the Desert" by German forces. During Operation Battle axe to lift the siege of Tobruk in June 1941, German forces famously used their 88mm AA guns in the anti-tank role as they were the only effective counter against Matildas.