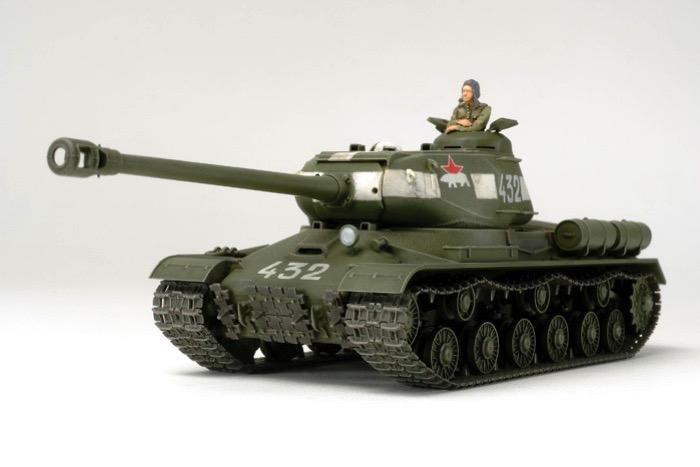 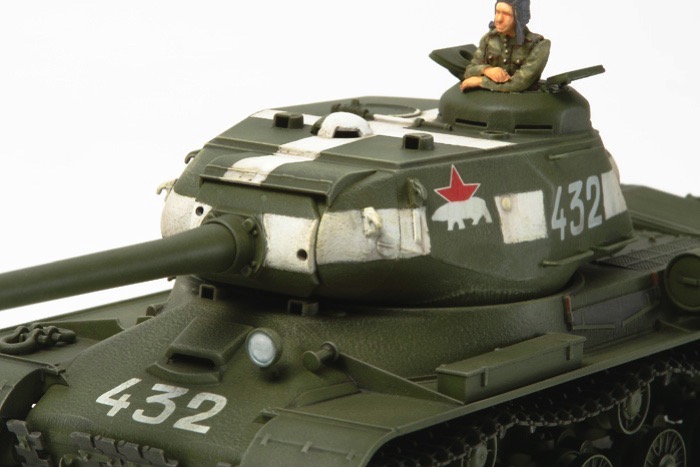 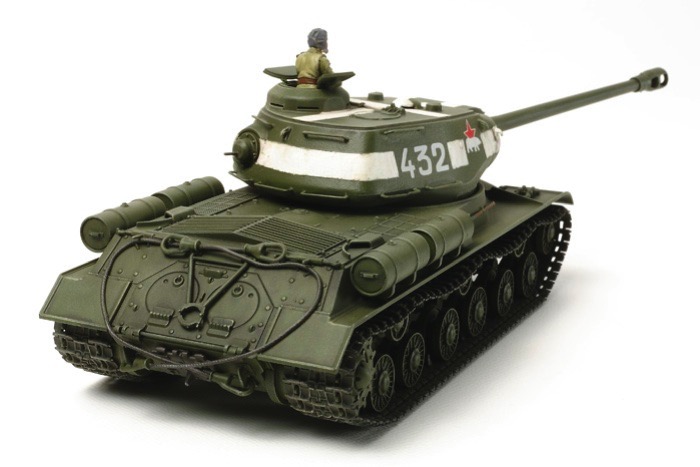 The Russian Heavy Tank JS-2 was built to counter the German Tiger I. The JS-2, which was put into production in December 1943 during the latter half of WWII, had a long powerful 122mm gun and superior armor. From August, 1944 the hatch on the front glacis was deleted, which greatly improved its frontal protection. The JS-2 was produced in the Chelyabinsk Kirov factory (ChKZ), and they proved to be effective as "breakthrough" tanks as well as combating German armor. The Tamiya 1/48 scale model kit faithfully captures the details of this iconic World War II machine.