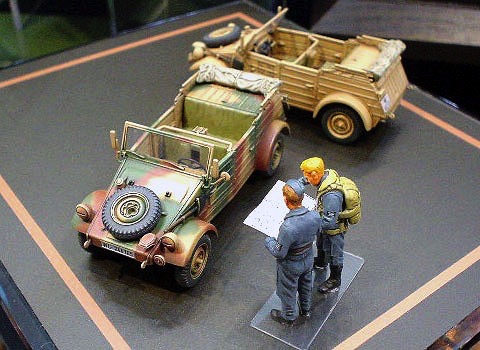 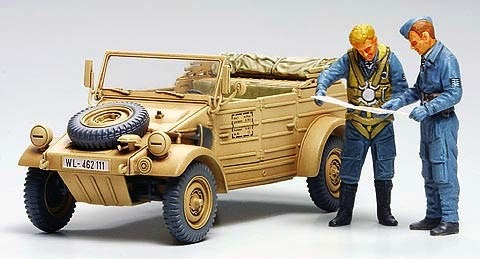 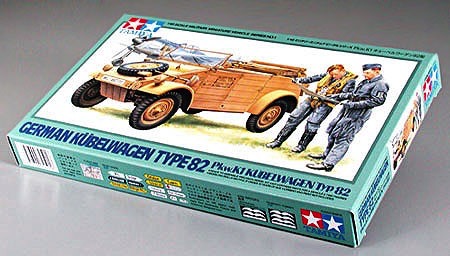 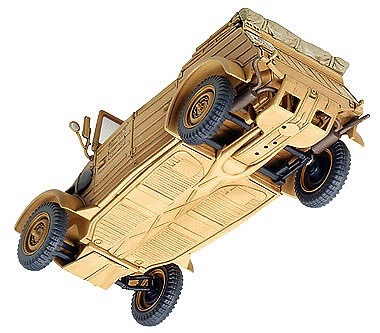 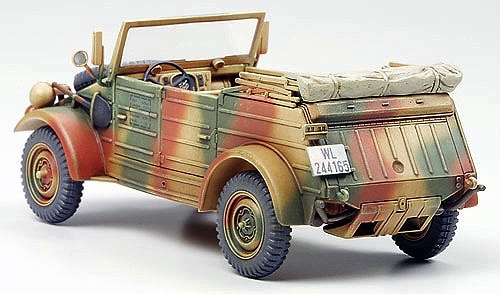 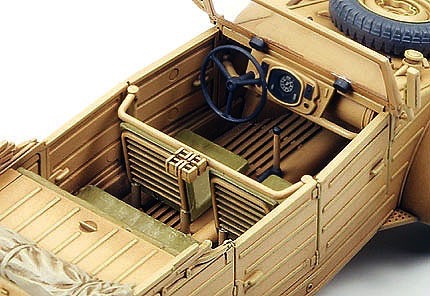 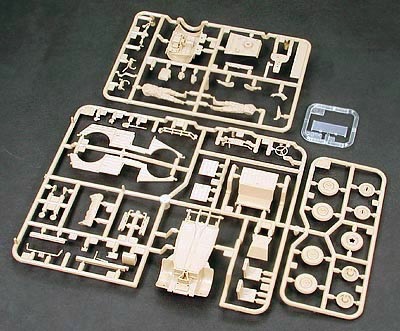 Backordered (Sign up for an email
notification when it's
back in stock!)List price: $18.50
You pay less than: $18.50
Add to cart to see actual sales price.

Tamiya now introduces the first item in the 1/48 Military Miniature Vehicle Series: The Kubelwagen Type 82. This very popular vehicle was not only employed by the Wehrmacht but also by the Luftwaffe. This vehicle is perfect for people who want to create realistic dioramas. Set includes 2 figures. Front doors come as separate parts and can be attached in opened or closed position.

About the German Kubelwagen Type 82
In February 1936, Dr. Ferdinand Porsche presented his first prototype of the "People's Car", which was to be the base of the Volkswagen "Beetle". However, with the outbreak of WWII, all manufacture of the Volkswagen was immediately turned to military production. In January 1938, German Defense Forces presented specifications for a military version of this practical vehicle. In November of that same year, a prototype was completed and it was officially designated Pkw. K1 "Kubelwagen" Type 82. The vehicle used a light but sturdy monocoque construction with foldable canvas top. With its reliable engine and heavy duty suspension, the Kubelwagen immediately came to be used by every unit, from the scorching desert of Africa to the frozen Russian Eastern Front. About 51,000 Kubelwagens, including several variations, were rolled out from the factory by the end of WWII.