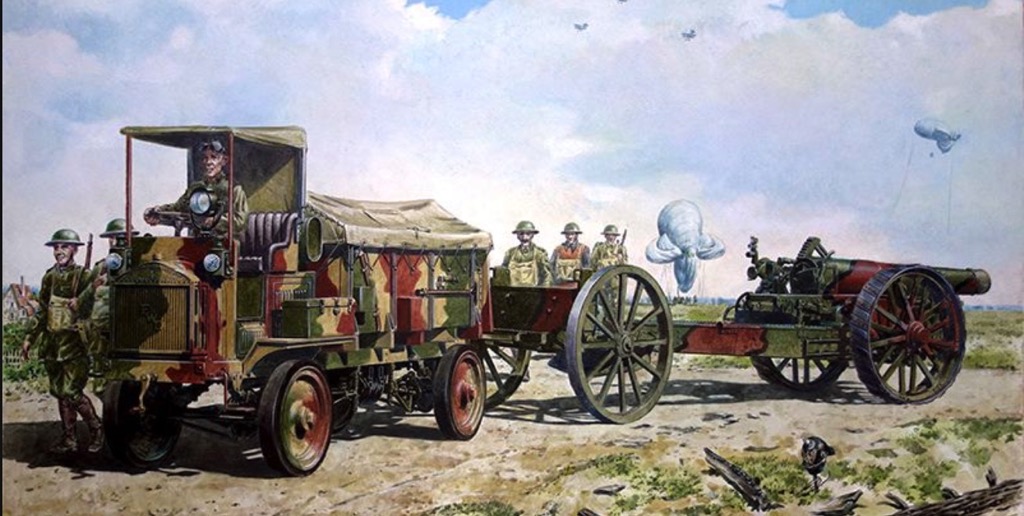 In 1912, the US military ordered a new truck for the needs of the army. According to their requirements, it had to have a loading capacity of three tons and also be able to haul artillery guns.

The Four Wheel Drive Auto Company were already developing the Model B truck which could be quickly adapted to accord with military requirements. Of course, the machine's design was generally quite primitive from today's point of view, however at that time the great majority of vehicles had similar or even more primitive designs. The Model B moved the engine and the driver's seat directly over the frame, a distinct difference from other models of truck which had the classic 'bonnet' design. Later such a configuration of truck would be classic in turn, however at the time of its creation the Model B was truly innovative. With an identical length of frame, the Model B had a larger body size than bonnet trucks and could also take more freight. The body had arches for raising a tarpaulin awning, wheels with spokes and rubber rims.

In 1915 the British Vickers engineering company designed a new 8 inch caliber gun, the BL Mk VI howitzer. It was essentially a constructive modernization of the previous Mk V, the primary improvements concerning the hydraulic recoil mechanism of the barrel of the gun. In fighting situations the sector of firing amounted to 4 degrees to the left or to the right, and up to 50 degrees elevation. The static part of the gun had a new, more modern look. The firing range of a shot could reach nearly 10 kilometers, while the gun's weight in comparison with the previous version was more than three tonnes lighter. For towing the gun to fighting positions it was connected with a bulky forward part, the limber, which was hauled by a heavy transporter such as the FWD truck or a Holt 75 tractor.