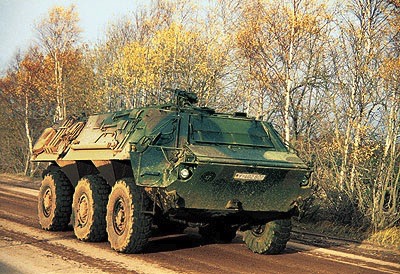 From 1979 onwards the German army received more than 1,000 of the Transportpanzer 1 (TPz) "Fuchs" ("Fox" armoured load carrier) developed by Daimler Benz and produced by Thyssen-Henschel. This lightly armoured, all-wheel drive transport vehicle has proved itself in crises and conflicts both in the Gulf War and also on peacekeeping missions in the former Yugoslavia.