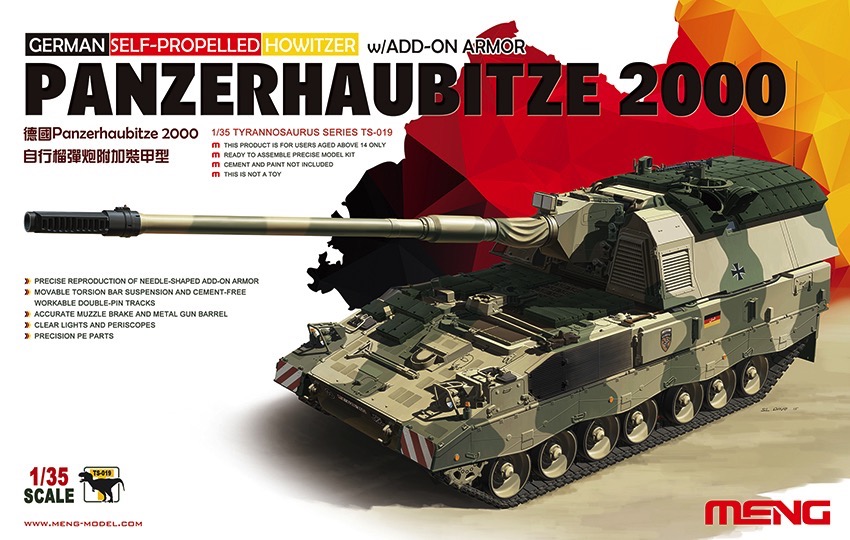 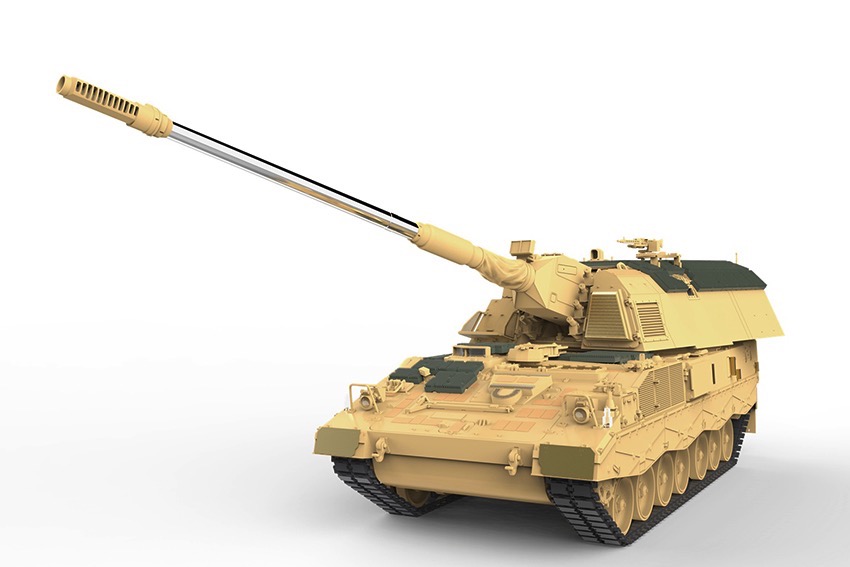 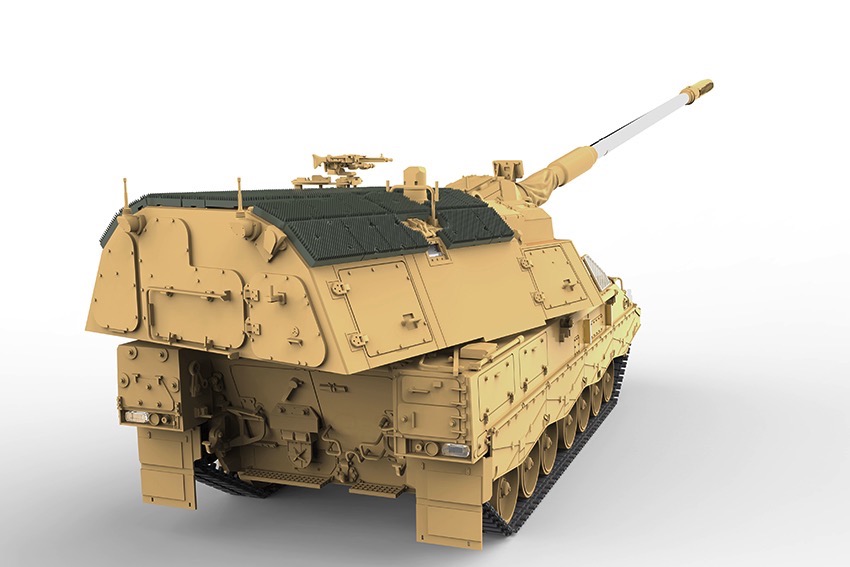 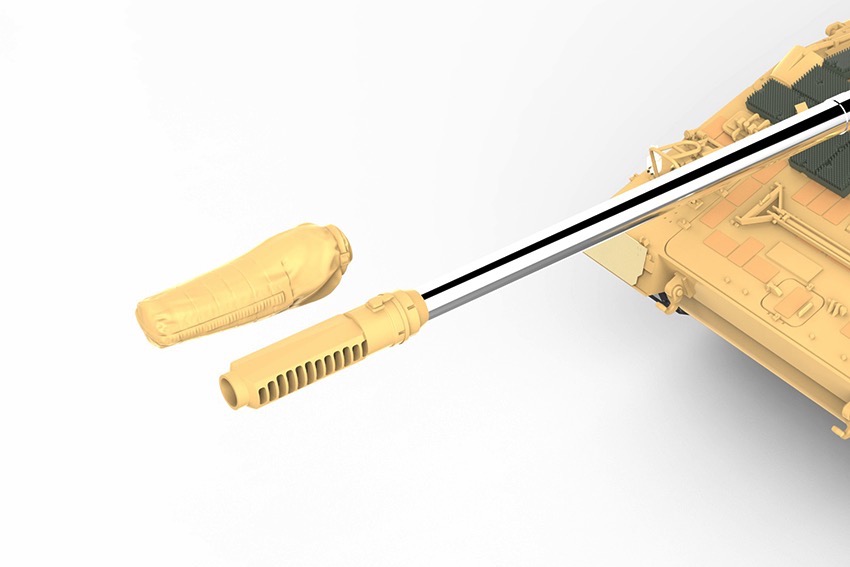 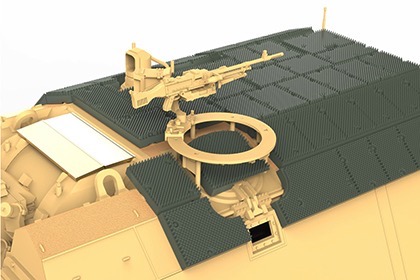 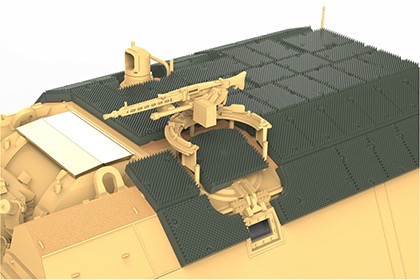 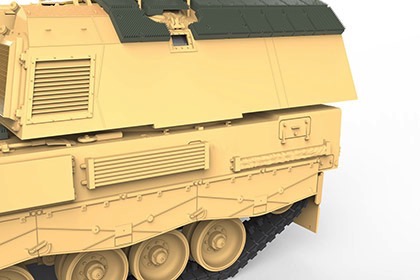 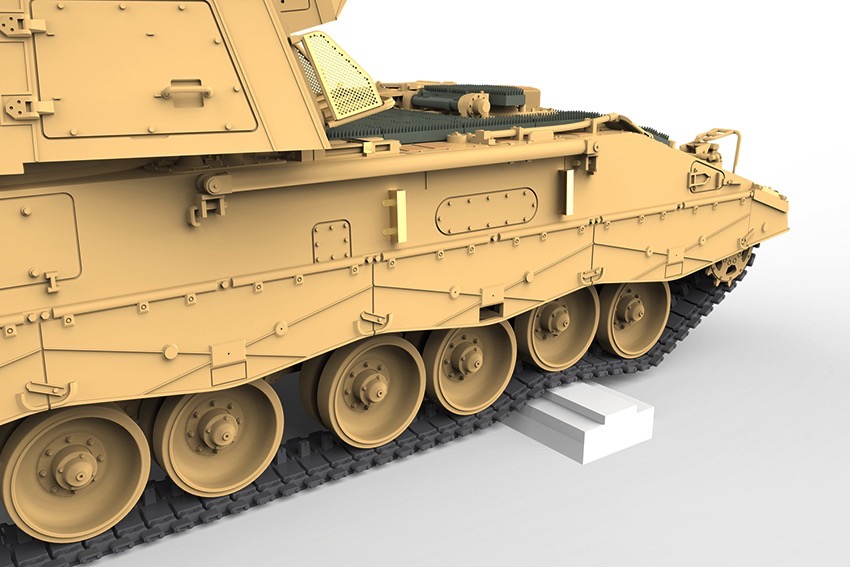 As the most outstanding self-propelled howitzer in the world, German Panzerhaubitze 2000 (PzH2000) has absolutely superior firepower. Its Rheinmetall 155mm L52 gun has amazing firing range and accuracy. Its automatic ammunition management and shell-loading system has realized a high rate of fire. When it's firing, smoke will be discharged from both sides of the muzzle brake, looking like a hammer of Thor. However, because its gun is too outstanding, other advantages of the PzH2000 are often neglected, especially its excellent protection.

The main body of the PzH2000 is made from homogeneous armored steel plates. Average thickness of those plates is 20mm. Spall liners are installed on the interior surfaces. The armor could withstand attacks from a 14.5mm machine gun or shrapnel from a 152mm round. Comparing to other self-propelled howitzers, the PzH2000's turret owns a remarkable bulletproof shape. Additionally, the PzH2000 is also the world's first self-propelled howitzer that introduced the concept of module armor protection at the stage of design. Hundreds of hexagon bolts on the hull and turret roof are for the installation of add-on armor. Ten thousands of 60mm high "long needles" are on the surface of the add-on armor, which gives this weird armor a nickname, Igelpanzerung (Hedgehog Armor). A total of 75 add-on armor plates can be packed into 5 boxes and transported together with the vehicle to battlefields. The crew can install the armor according to situations. Of course, the improvement of protective ability results in heavier weight. The weight of a PzH2000 with add-on armor is increased from 49t to 57t.

PzH2000 made its combat debut in 2006 when three Dutch PzH2000s with add-on armor went out to Afghanistan on the foot of Hindu Kush Mountains and participated in Operation Medusa against the Taliban. In 2010, three PzH2000s of German Army also appeared on the battlefield of Afghanistan. In combat missions, the PzH2000 showed its good protection, excellent mobility and wide coverage. It proves that it's the most outstanding self-propelled howitzer in the world.

In June 2014, MENG released the TS-012 1/35 scale German Panzerhaubitze 2000 Self-Propelled Howitzer plastic model kit which became quite popular among modelers. However, add-on armor was not included in that kit. It's a pity for modelers who like the powerful PzH2000 with add-on armor on the battlefield of Afghanistan. This new TS-019 1/35 scale German Panzerhaubitze 2000 Self-Propelled Howitzer with Add-on Armor plastic model kit perfectly represents the real vehicle and modular needle-shaped add-on armor. Four painting schemes of German and Netherland armies are provided.